TL;DR: The future timeline remembered how close it was to the finale and got back on track. 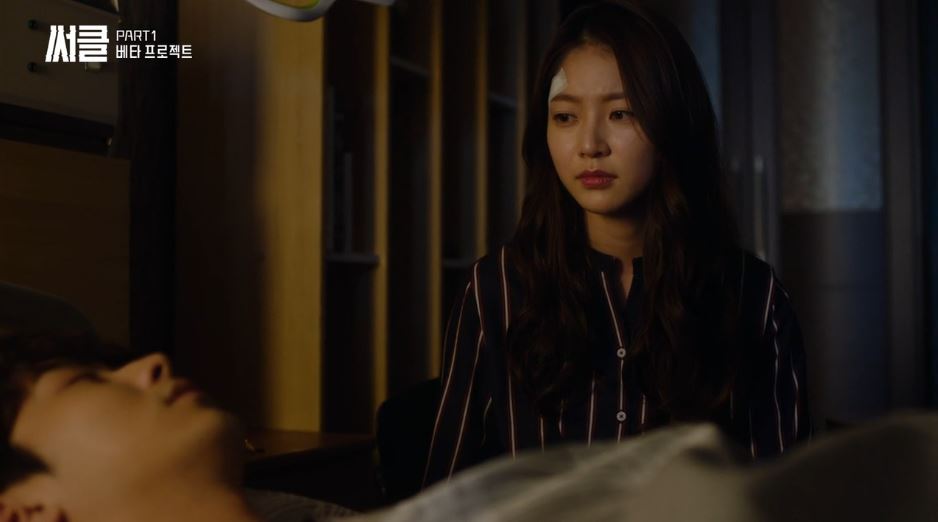 But before we get to that, I just want to take a moment to appreciate all the lovely emotional moments that happened in part one. With Bum-gyun’s memory quickly fading, we were able to see three people’s perspectives on happiness, identity, and memory, and I liked that there weren’t any neat answers.

Woo-jin got to question whether they ought to consider Bum-gyun’s clean slate a blessing and just make a run for it. His little hesitant smile while he realized his brother was blissfully ignorant of the hell they’d been through was heartbreaking. For me, this was a much better “the hero questions the rightness of his path” progression than the one Joon-hyuk had a couple episodes ago.

I liked that Min-young was then able to swoop in and deliver the argument about memories making a person. Would Woo-jin really be happy with a Bum-gyun who couldn’t remember all the things that had made him Bum-gyun? Bum-gyun had sacrificed a lot of his happiness in order to pursue the truth—isn’t that proof of where his priorities were?

And all of those things got Jung-yeon to start asking herself the big questions: Why did Byul come to earth in the first place? Who is she, without memories of Byul and only memories of being Jung-yeon? These kind of moral and ethical debates are what I love about speculative fiction, and I hope we get to explore these sorts of things more in the final two episodes. 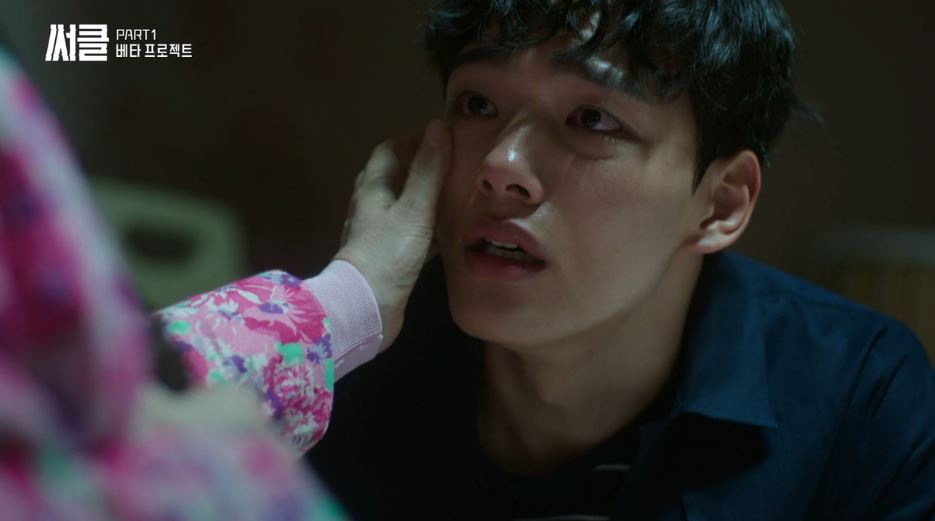 (Quick shoutout to Yeo Jin-goo, who had the best expressions this episode.)

My heart broke a little when Grandma didn’t recognize Woo-jin until he began to cry. Like finally seeing him cry was the thing that finally connected this young man to her little grandson. Ugh, my heart. I was so close to crying. I loved that Woo-jin reassured her that if she gave him the cross, he would be able to bring Bum-gyun home. (If only that were true and not foreshadowing doom instead…)

Even though I still don’t really like Professor Park as a villain, I will say that I can admire how deeply he has dove into his new position. Clawing his way from kidnapping victim to commanding Human B goons to helping spearhead the destruction of evidence—I can admire that kind of meteoric rise to the top.

I wish Woo-jin were more suspicious of him, but Park’s a great liar and Woo-jin is desperate to come out of this with a happy ending. The 2017 timeline is turning out to be such a tragedy for him, because there are no pathways left to him in the next twenty years that will lead in a good direction. Sorry, kid. The future says you’re screwed. 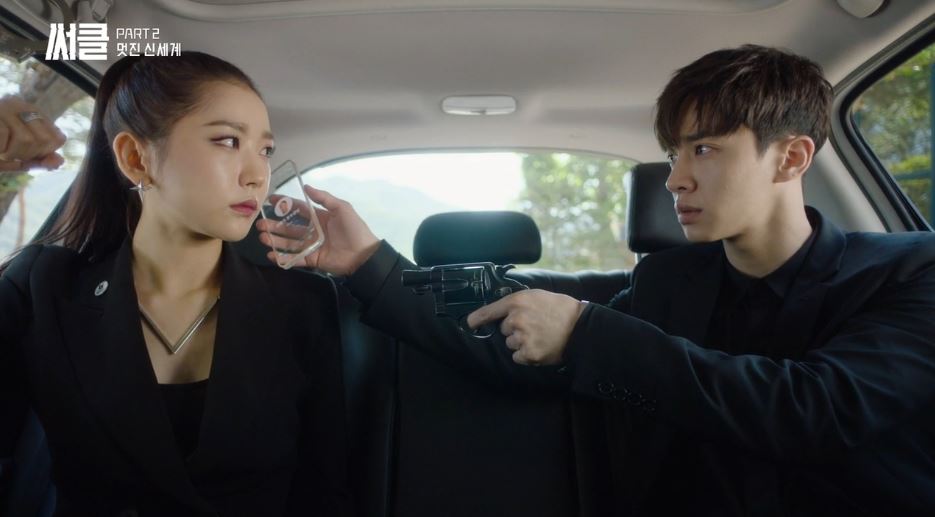 One of the things that I was really happy about in 2037 was that Secretary Shin actually had her name said by someone got to have her little moment outsmarting the heroes. (I had to laugh, though, when it hinged on the fact that her little sister hadn’t been addressed by name. We didn’t even get to know her real name! Just the fake one!) Clever villainesses are my favorite, and I was happy she was able to send a message right in front of Ho-soo without him suspecting it at all.

Ho-soo’s bit of cleverness was also fun. I liked that he proposed a plan that hinged on the villains being desperate enough to hack his chip. What a lovely Trojan Horse gambit. Of course, his little bromance moment with Joon-hyuk over needing to remember Joon-hyuk’s gratitude was nice. Good guys putting themselves at risk for the sake of a greater plan is a thing that I approve of. 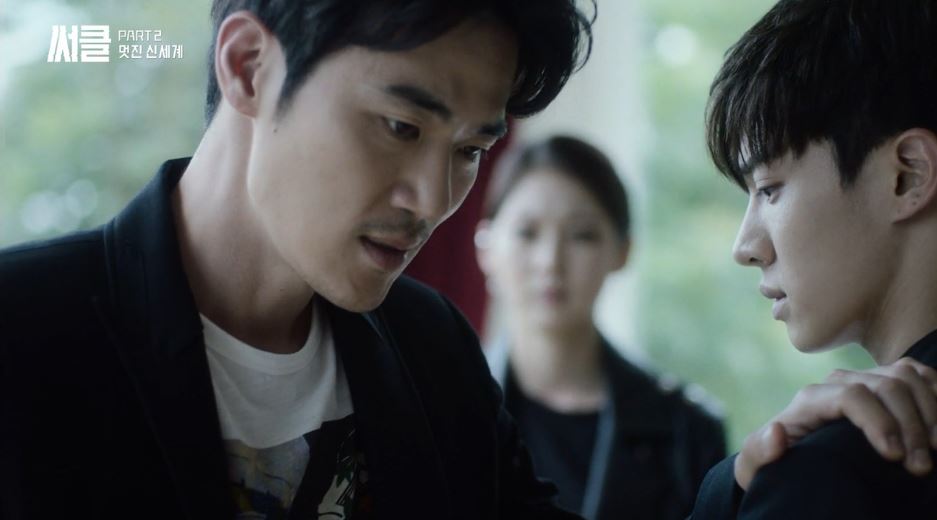 Episode ten leaves us in a good (if cliffhanger-y) position to wrap up the show, and there are few enough questions left that I am mostly confident they will all be answered satisfactorily. Is the person coming down the stairs Woo-jin? What has he been up to for the last two decades? What really did happen to Gyu-chul?

And has the cloning plot point fulfilled its purpose, or is there something more sinister lurking there? (Like Park wanting to keep a series of Woo-jin clones so they can expand and maintain the Stable Care System…?)

I’m excited to find out this week. Please don’t let me down!