TL;DR: There are only two people left unaccounted for in the future. I am concerned. 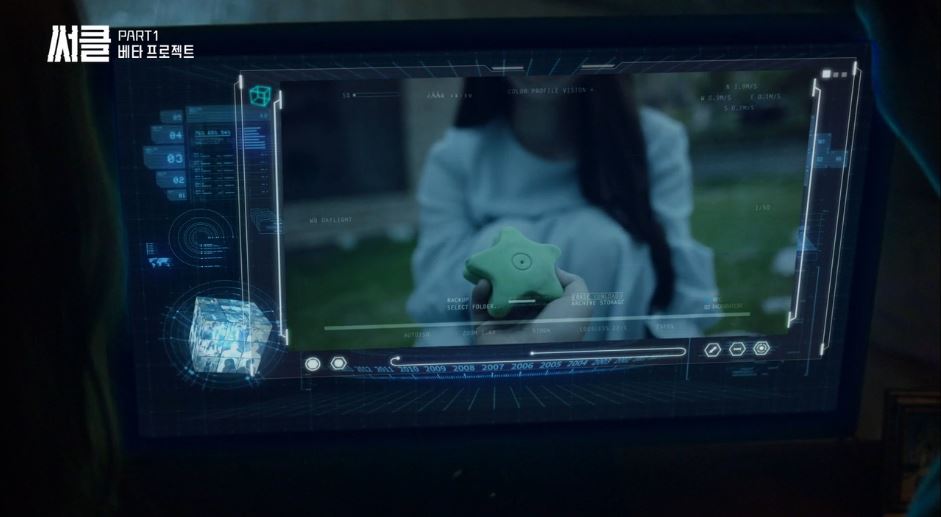 It took us three-fourths of the show, but we have finally uncovered the crucial step between the blue bug bots and Human B, and it was an alien’s compassion for a small boy. (Perhaps I’m reading too much into Byul’s emotional capabilities back in 2007, but I’d like to think that at that point she had figured out enough about fitting into humanity that she wanted to solve Woo-jin’s problem.) It was a sweet little moment from Woo-jin’s point-of-view, but apparently it was also the one temptation all of the nearby neuroscientists couldn’t resist.

Well, with the exception of one, that is. Maybe two, if Woo-jin counts.

With just three episodes to go, the biggest remaining mysteries are Gyu-chul and Byul’s 2007 disappearance and whatever the hell happened to Woo-jin between 2017, 2022, and 2037. Everything else is more or less accounted for, or solved enough that they’re no longer pressing issues. I can’t imagine they’ll be going into great detail over how the alien technology works; its mere existence is the important thing. Oh, and the fact that it is starting to erase Bum-gyun’s memory in 2017.

We’ve known that would have to happen for a while, but I’m a little confused about the timing. In the flashbacks (I think they were to 2032?), Joon-hyuk gets to watch Woo-jin’s memories, but didn’t they say that was after all of his were gone/blocked? The memory erasing seems to be happening pretty damned fast in 2017, so did he suffer another erasure between then and 2032? When and how did they recover Woo-jin’s memory footage when the memory box only works for him? Has Joon-hyuk actually been Woo-jin the entire time? There is suddenly cloning… 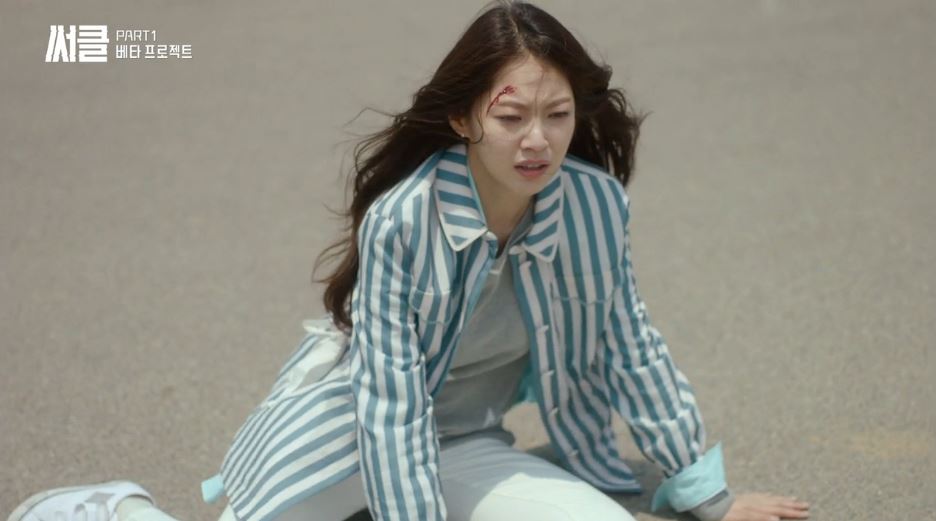 Jung-yeon needed the biggest hug in this episode and no one gave her one. On the one hand, I’m so proud of her for improvising a weapon and fighting to get away; on the other hand, I just feel awful that the man she believed was her father turned out to be a neuroscientist who wanted to pry out all of the secrets locked away inside her brain. That’s an emotional rollercoaster—especially since it seems like that may have been the last encounter with Professor Han until discovering him under guard and clearly unwell in 2037. Her face when he greeted her all cheerfully and asked her fatherly things—

I can’t even be totally happy about Woo-jin reassuring Jung-yeon that this wasn’t her fault because we’ve heard the future Jung-yeon blame herself more than once for all that transpired. Especially since Professor Han is claiming that Park killed Woo-jin. Like…it’s not entirely out of the realm of possibility, but I don’t know if I am going to be able to handle it if that’s the truth. Chairman Park claims Woo-jin is alive and well, but he’s a snake, so that could all be lies to try to control Joon-hyuk and get a hold of Jung-yeon. 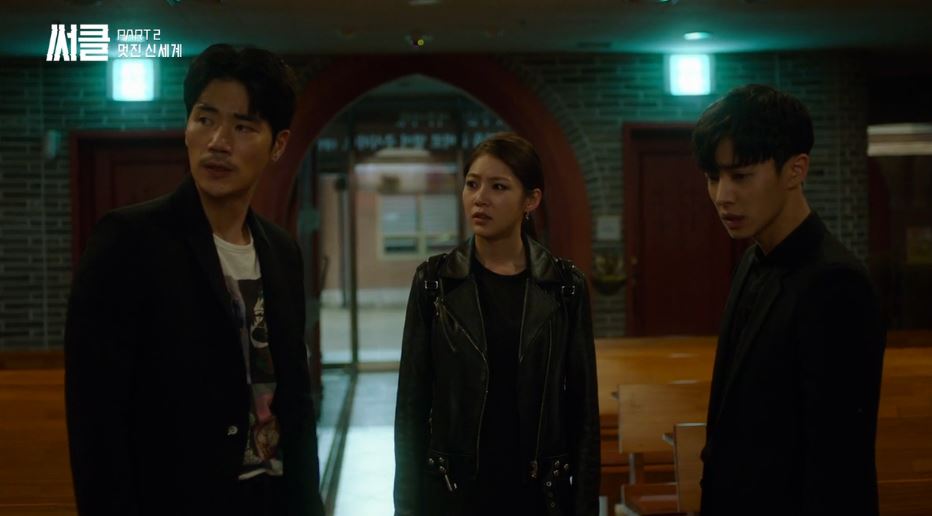 Part two is working hard to establish Chairman Park as a bad guy, but he continues to bore me. I am a bit curious by the fact that Professor Han had a backer that Park may end up working for, but it’s such a late development that I’m not sure if it will pan out for me. Don’t get me wrong, I have been questioning how a mere college professor seemed to have a surprisingly large group of well-dressed mooks instead of using more students as his muscle, but an act-three reveal of a funder (and maybe ultimate evil?) doesn’t exactly fill me with confidence.

In fact, the future timeline has generally suffered from poor foreshadowing and plotting. Take the sudden emergence of genetic/cloning tech in this episode, which paired oh-so-neatly with the reveal that Secretary Shin (who has yet to be named in DramaFever’s subs—is that their failing, or has her name seriously never been spoken aloud?) has a blind younger sister who could be given her sight back if a particular bill is passed and the tech is approved for use. Why couldn’t either of these things been mentioned in prior episodes so they don’t seem shoehorned in now? 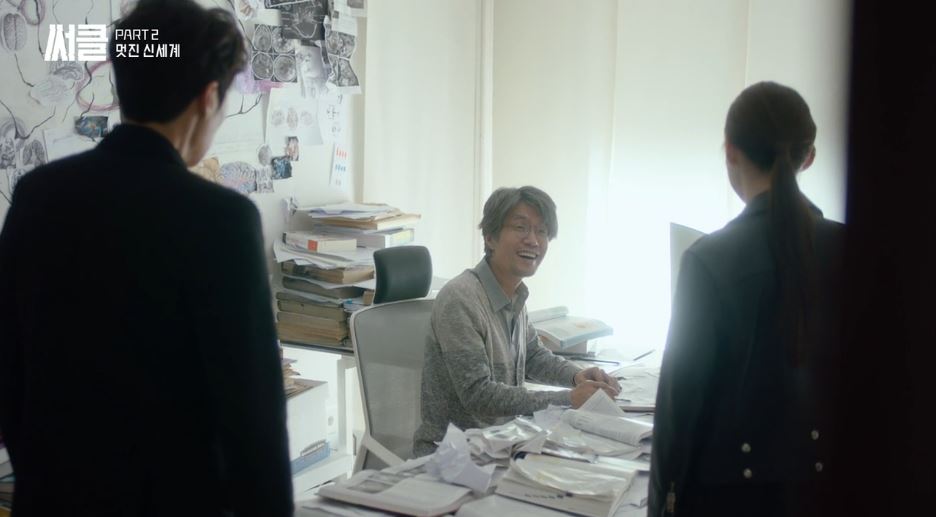 So even though there were some nice emotional moments this episode, I’m still frustrated by all the small ways the future doesn’t measure up to the present. And that worries me because, if the pattern holds true, then everything will have to be wrapped up in the future–that’s where we’re going to finish the show.

(Unless we’re going to pull out time-travel as another alien tech at the last moment. Which I will only be mildly opposed to if it means we get to save Woo-jin.)