TL;DR: Why did you have to ruin something I was enjoying so much? 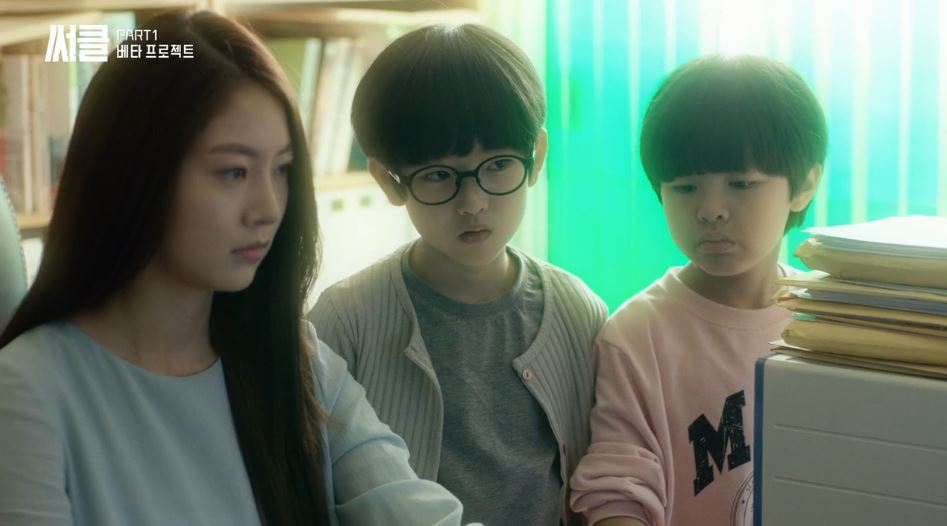 Everything was great through part one! I was really looking forward to talking about how Professor Han is in full-blown evil scientist mode, what it means for us as the narrative continues to pull away from Woo-jin’s perspective and focus more on Bum-gyun, and the revelation that Gyu-chul made a run for it after hiding all the crucial data.

And then part two happened, and I just want to scream. (Trigger warnings for suicide and child sexual abuse, for the record.)

I do want to say a few things before I fully enter ranting mode. Part one is essentially made of awesome, and I love how Woo-jin, Jung-yeon, and Bum-gyun are all getting closer and closer to the mystery of Professor Han and Gyu-chul’s research. Watching them all chase after different parts of it is great fun—when they’re not ripping my heart out over the fact that Woo-jin’s grandmother doesn’t recognize him but does recognize Byul. (HOW DARE YOU.) So many pieces are being connected, and the little revelations are building up to something I really hope is great.

(I was entirely unprepared for Professor Park to be the inventor of the blue bugs—will he keep burying his head in the sand about what Professor Han is doing, or was that the push he needed to be in a position to warn Woo-jin in the future?) 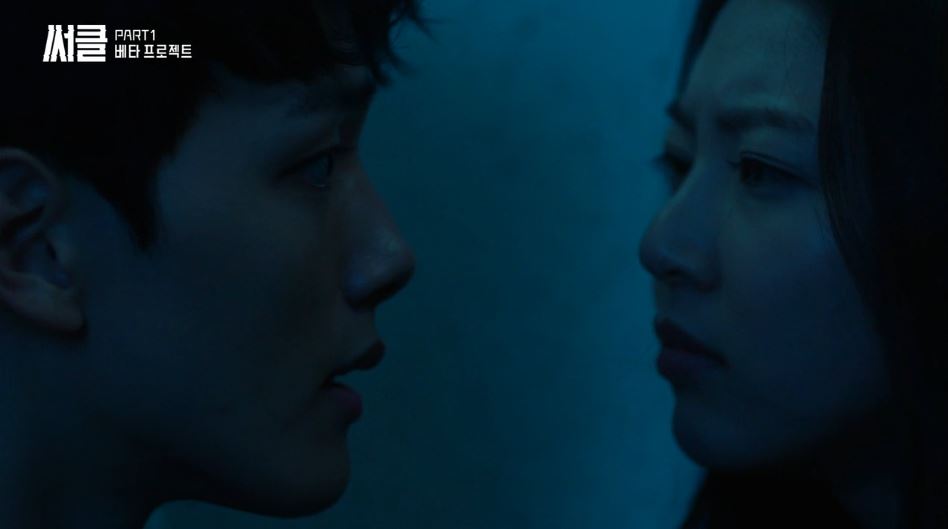 The understated, undefined something going on between Woo-jin and Jung-yeon is great, too. Will they ever get to the point where I feel Bluebird’s angst re: his disappearance is on par with Joon-hyuk’s? Maybe, maybe not—but in the meantime, I’m enjoying the fact that they’ve got a little spark going on between them and have set that aside when more important shit is happening. Solve the illegal, secret experiments and murders first; make out later (with maybe a final goodbye exception).

I’m a little disappointed that the other named detective is on Professor Han’s payroll (that seemed like pretty lazy writing in comparison). Surely there was a better way for Professor Han to make his case for the side of evil? After all, the future has told us that Woo-jin makes it to 2022, so having a gun pointed at him in 2017 didn’t inspire the same level of concern as it might otherwise have done. Luckily, the show knew that the better cliffhanger was the actual temptation. And it’s pretty easy to forgive that sequence in comparison to the clunker that was part two. 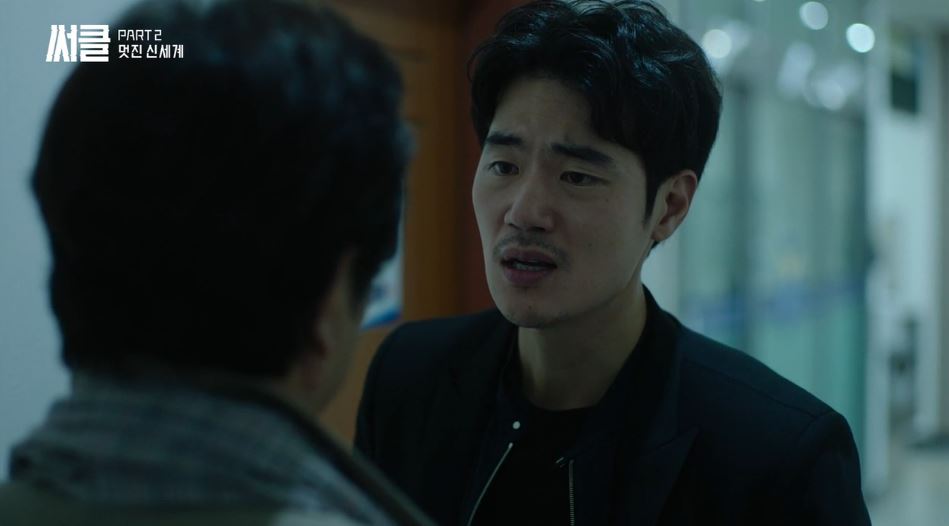 I know, I know, it’s pretty standard for Joon-hyuk to have his despair moment where he questions whether the last ten years of his life have been a waste trying to find a brother who doesn’t want to be found. And maybe if it had been paired with other interesting things, I would have endured it better. (Min-young, I love you, but your 2037 appearance did nothing for you and just gave Joon-hyuk someone to be sad at, and that was boring.)

But instead, we got some pretty awful tropes—so awful, in fact, that I all capslocked swore in texts to my friends because that’s what this show deserves.

Revenge suicide—okay, look, just go google that term and you’ll see plenty of discussion about a particular hit series and why it can be an incredibly irresponsible and reckless trope to engage with. But in the universe of Circle, it’s utterly pointless—Min-ji’s desire to hurt Park Jin-gyu by having him watch her slit her wrists makes absolutely no sense. She has no idea that he has decided to live with his memories instead of blocking them again; and even if she did know, there’s nothing preventing him from changing his mind and requesting Human B to get rid of his trauma all over again, meaning she will have killed herself to hurt someone who won’t even remember she existed. And narratively speaking, instead of this whole kidnapping trauma actually being about her (or even the kidnapper she murdered and the kidnapper she mauled or anything connected to solving the big mysteries), Min-ji’s speech about the injustice of forgetting turns into a reason why Joon-hyuk ought to give up on his angst and fight to find Woo-jin, no matter what that uncovers. As if that weren’t eyeroll-worthy enough, she isn’t enough reason all by herself; no, the show has to go to Ho-soo and Soo-bin to provide the other half of the motivation: that remembering is a duty and the way justice can be served.

Look—I hate it when a woman’s sexual abuse is used to further a man’s pain or story. HATE IT. So of course Soo-bin’s years-long sexual abuse by her adoptive father is her reason for suicide (with a side-serving of self-loathing because she is too traumatized to be intimate with Ho-soo), which gives Ho-soo the opportunity to not only attack her abuser (who doesn’t remember Soo-bin, has another daughter now, and totally doesn’t want to sexually abuse vulnerable young women in his care anymore just because he can’t remember one victim—are you actually going to try to make sure that girl is safe or was that entire scenario just for your personal horror, Ho-soo?) but also turn it into fuel for a nice inspirational speech so Joon-hyuk can get back onto the heroic path.

Because the best way to make sure men are heroes is to hurt, rape, and fridge the women in their lives, naturally. *siiiiiiiiiiiiiiiiiiiiiiiighs* Both middle fingers for you, show.

I’m tired and angry about this sudden turn of events for both women and how their tragedies are nothing more than ways to make sure Joon-hyuk and Ho-soo get back on course re: taking down Human B. Tired and angry enough that I don’t know if I’ll be coming back for the next episode.