TL;DR: We’ve hit the midpoint, friends, and that means we have several new answers and new questions. 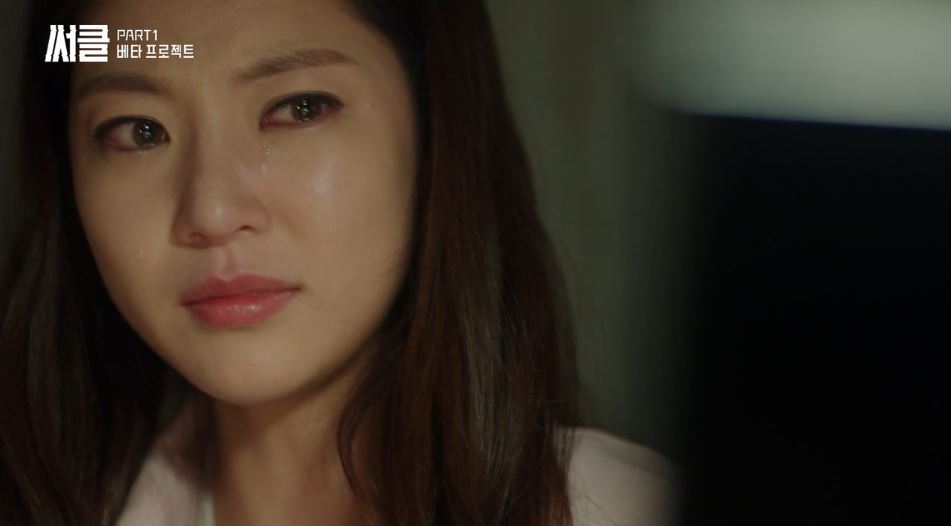 Jung-yeon carried the emotional weight of these two episodes, which was a welcome surprise. As more of her secrets get revealed, Woo-jin becomes shrouded in mystery himself, and that is a fun narrative switch I did not anticipate.

Seriously, so much empathy for Jung-yeon for discovering she is, in fact, the alien from Woo-jin’s childhood and that her “father” has been lying to her for all of her remembered life. What a mindfuck that is, my friends. I’m also super proud of her for rolling with it once she had proof that Woo-jin was telling the truth. Okay, sure, she doesn’t exactly get how or why this is possible, and her feelings are all over the place, but the evidence says yes, so she readjusts her worldview to accommodate that. That’s honestly one of my favorite qualities in a speculative fiction character, and I love that she and Woo-jin got back together as a team and began investigating Professor Han.

While 2017 Jung-yeon is trying to discover the truth to her past, 2037 Bluebird is busy trying to dismantle a system she claims she’s responsible for. In 2017, Professor Han said that she had the key to the Stable Care System—so what is it? How did they get it from her and build Smart Earth? I’m excited by her stepping forward to team up with Joon-hyuk in the future since it means she gets to work with both of the twins, albeit at different times. 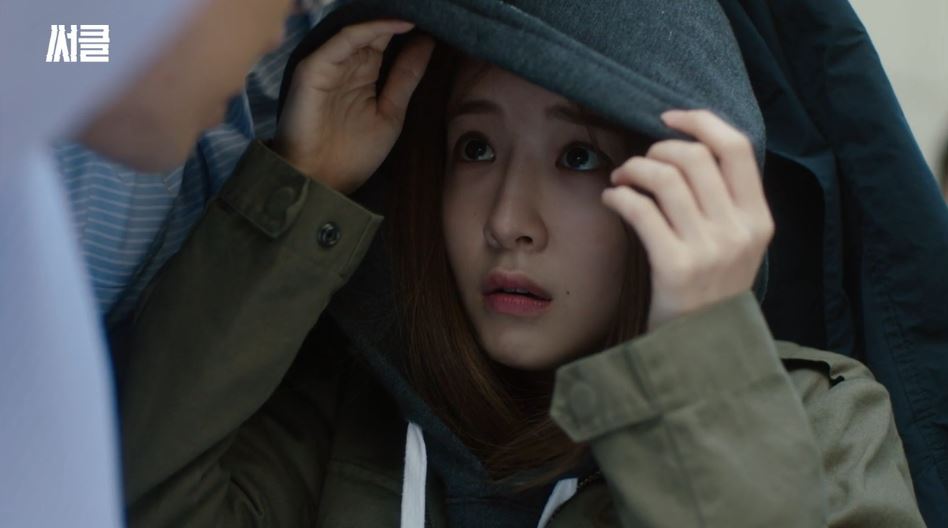 As a small aside, I’m really happy that 2017 Min-young got to be a major player in these episodes. (I am slightly irritated that the DramaFever subtitles screwed up her name the first go around—they called the 2037 doctor “In-young” when her name was first said. Have the subtitles been corrected since then?) I loved watching her team up with Woo-jin to try to find Bum-gyun. We also found out that she was classmates with Nan-hee and was presumably checking in on her prior to Nan-hee’s suicide. Her presence in both timelines opens up new questions, too. How did Min-young know, independently of Bum-gyun, that the suicides were really homicides? How did Bum-gyun know, for that matter? How did she survive having the blue bug stuck in her? When did she get it shoved up her nose?

Assuming Bum-gyun’s list of people was a chronological record of those who had gotten the blue bug implanted in them in 2017, I believe there is at least one other person on that list who hadn’t yet committed suicide. (Was Min-young on that list, or does Bum-gyun’s investigations have gaps in it?) Will they be an important player? Are there people who should be on that list but aren’t?

While I am very happy that Min-young got a lot of screen time in these episodes, I’m a little irked that she did not get to interact with Jung-yeon. Come on, surely this drama is capable of passing the Bechdel test at some point, right? You finally have enough named women in both timelines for it to be possible! 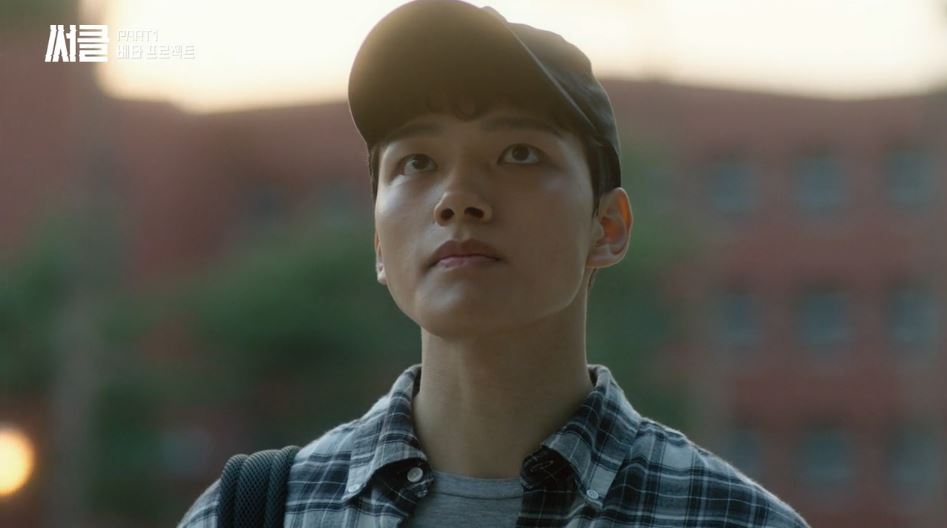 Woo-jin is becoming more and more mysterious. What happened to him between 2017 and 2022 and 2037? Right now the show is trying to get us to believe that he is the mysterious gloved Chairman—which I’m actually okay with, provided that they do an excellent job of convincing me that his character would make such a dark and evil turn. (Probably the well-intentioned extremist route, if I had to guess.)

As it is, there are three named people in the past who, by my reckoning, are unaccounted for in the future: Woo-jin, Professor Han, and the twins’ father, Kim Gyu-chul. I made delighted shrieking sounds when Woo-jin, Jung-yeon, and Chief Hong found out that Gyu-chul ran the definitely illegal experiments on the psychiatric patients and presumably brought Byul there for study. I’m guessing that’s where the Stable Care System was born—but what did they do to Byul that caused her to lose her memory and cost them their “key” to the system? What happened to Gyu-chul so he never came back and Professor Han took over the work? Who is Professor Han collaborating with in 2017? It doesn’t appear to be Professor/Minister Park. (And when did Senior Lee make the transition from asshole sunbae to being on the side of the dystopian regime?) 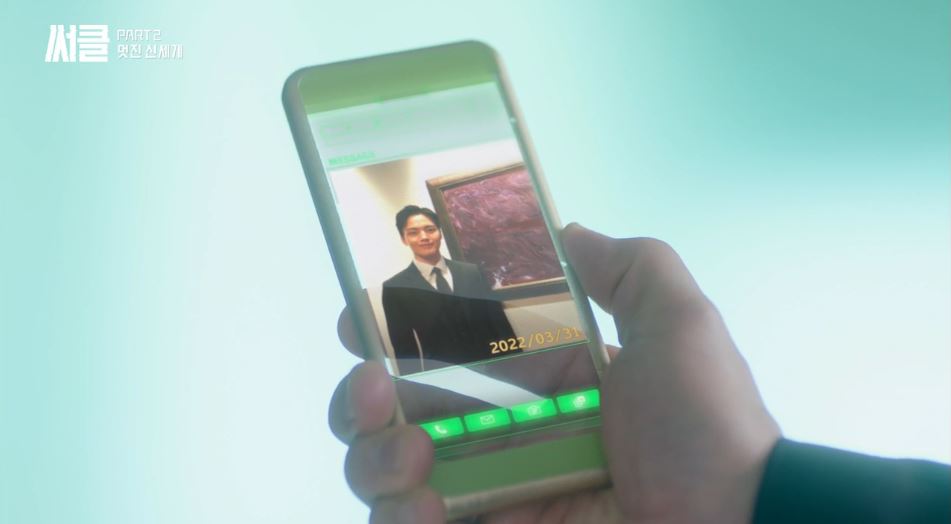 As we head into the second half of the show, there are so many small, unanswered questions that I hope the show doesn’t forget about. Where is Min-ji and how many other people does she have on her revenge hitlist? What was the flash of light that Min-young saw? Will Soo-bin’s death connect to the larger plot, or is she just fridged motivation for Ho-soo? Will she ever say anything besides his name? Did they insert the blue bugs in people in that donation van, or did they use that to identify potential victims?

Was Woo-jin joking about twin telepathy, or is this a hint at some future plot point?

Regardless, I’m excited for this week’s episodes, and I hope we’ll get as many answers as we get new questions.