TL;DR: I wasn’t expecting to shriek in both disgust and delight, but I did, and I am so happy about it. 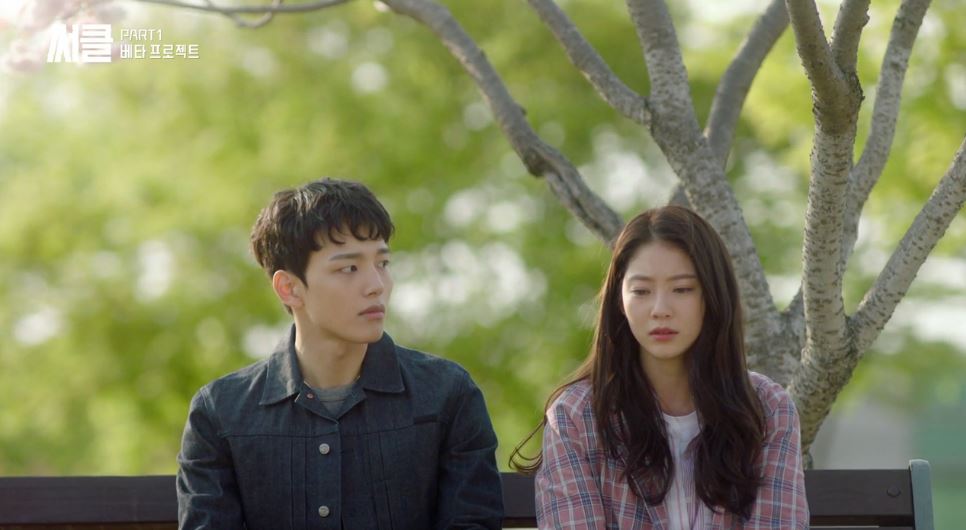 Circle continues to surprise me in a way that is reminiscent of the first half of W: Two Worlds. (Dear god, please care about your ending, please.) It is so much fun when small details come back and reveal their plot relevance. I had initially thought that episode two’s female student’s nosebleed was just a convenient way to give Jung-yeon a dramatic entrance; turns out it is far more sinister than that.

Right now the present timeline is far more interesting to me than the future. There are so many more unanswered questions, like how did Bum-gyun compile that list of suicide victims (and possible future suicides)? He must have found something connecting that group of people beyond the headaches, pain, and nosebleeds. If so, will Woo-jin be able to stop any of the people on the list from killing themselves? What kind of information do they have that will lead to the true culprit? It’s way too early for me to begin theorizing about the greater truth behind all this, but I have confidence that one is there, and I’m praying that once we uncover it, it will actually make sense and not feel like a cop-out.

I can’t even make up my mind about whether or not Jung-yeon is the culprit right now. If she is the alien, she’s learned to cry, concocted herself a family, and knows how to make friends—but why would she have bothered to build a life like this? If she isn’t an alien, how did she know Bum-gyun is trapped in the ruins of Eunsung Psychiatric Hospital (which must be important later on if they gave the wrecked signage a full two seconds of screen time)? If she is a bad guy, is she the chief mastermind? Is she the future Blue Bird hacker? If she isn’t the alien/bad guy, why does she have an investigation notebook and map handy? Is she just that thorough and had a backup plan for someone suspecting her for being at the scene of the suicides? 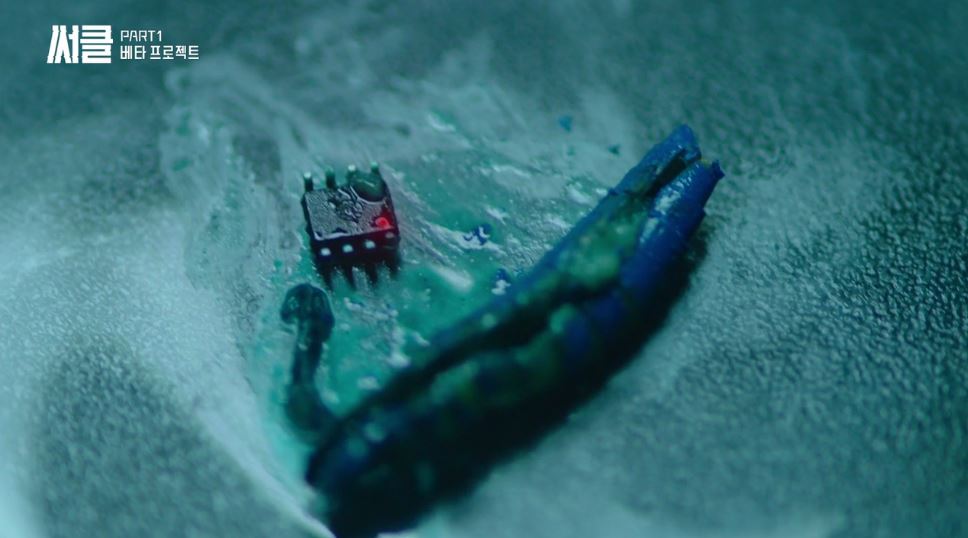 These insect microrobots are the stuff of nightmares, honestly (and part of me wonders how the hell something that large could be inside your head and not cause way more damage than what’s currently shown). Are the other people on Bum-gyun’s list already infected with them? If they are, is there a way to force the robots out that doesn’t require the person’s death? What is even the point of insect-shaped microrobots that exert some degree of control over the host? It seems like quite a leap from insect-microrobot-crawling-through-nasal-passages to chip-elegantly-inserted-behind-ear. Is the microrobot a precursor to the Human B system? Or is it something else entirely?

The bigger question, of course, is why Jung-yeon lied to Woo-jin about the microrobot. I went back to that first scene in her room, when she goes to retrieve her investigation stuff from the desk, and the magazine was on the flowerpot at that point. She had the microrobot trapped already. Maybe she initially thought it was just a weird bug and didn’t have time to dump it outside—but you’d think if she were innocent she would say hey, that thing that crawled out of the dead girl’s nose and had a microchip in it—I trapped one of those in my bedroom the other day, just fyi afterwards.

But she didn’t—she kept that to herself, must like she kept Bum-gyun’s location (or where she suspected he might be) to herself. Even though she knew that Woo-jin was going to research microrobots while she napped, she said nothing.

What other secrets do you have, Jung-yeon? 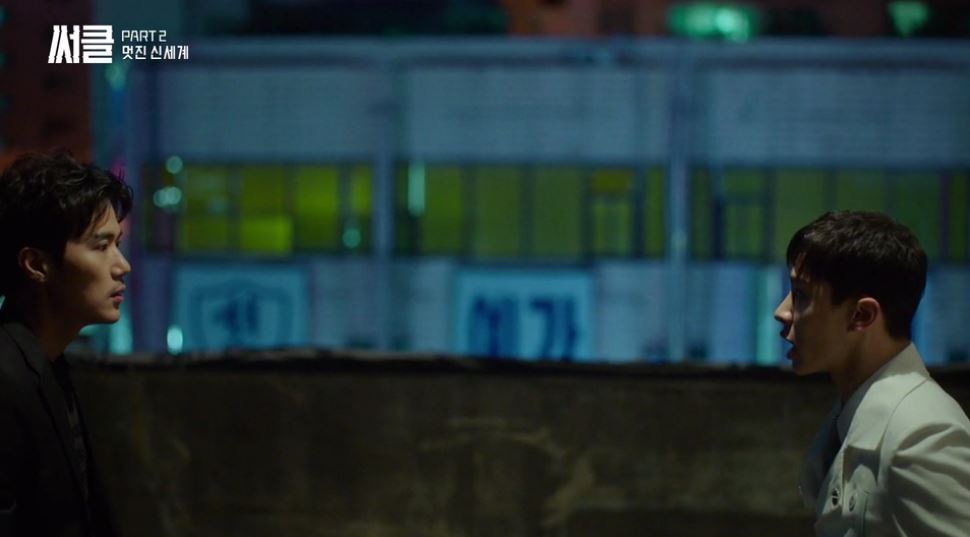 The future had two exciting reveals in this episode. The first was that Joon-hyuk does not actually know which of the twins he is. (Both of them fiddle with Rubik’s Cubes, so that’s no longer an helpful clue.) While I’m still leaning toward Woo-jin because Joon-hyuk had flashes of Woo-jin begging Chief Hong to find Bum-gyun, there is a non-zero possibility that Human B is capable of transplanting memories. They can, after all, suppress memories via technology—what’s to stop them from transferring them from one person to the other? If data can be blocked, can’t it be copied and moved?

Also, does Chief Hong know who Joon-hyuk is? It’s weird to me that he is a connection between the suicide investigations, gave Joon-hyuk his new name, had the footage of the twins as kids, and yet… knows nothing else. Is he hiding something?

The second reveal was that Ho-soo has a fridged lady in his past had his memories suppressed, much like Min-ji and her guardian/kidnapper. The question is, did he want those memories blocked (so he didn’t have to deal with the pain), or is there something behind Soo-bin’s death that connects to the larger mystery?

I really enjoyed Joon-hyuk and Ho-soo’s conversation about memory and how it defines who they are. Ho-soo is too terrified right now to seek out what he has forgotten, while Joon-hyuk is desperate to know. These two are serving as great foils for one another; time will tell whether Ho-soo joins Joon-hyuk’s team or sticks with Human B.

*They’ve got to be deliberately not passing the Bechdel Test at this point, seriously.