Apparently this week needed to one-up last week. We’ve got quite the range, too, from sageuks to science fiction. The networks were also kind enough to not debut everything on the same day, so there’s a chance I may actually try to watch more than one of these. 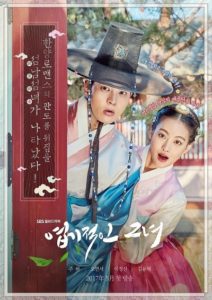 My Sassy Girl
32 (half) episodes, SBS
Monday/Tuesday
Available on DramaFever.com

Scholar Gyun Woo, a serious and studious man, has been tasked with teaching the crown prince. He wasn’t expecting to meet Princess Hye Myung and have her turn his world upside down. Hye Myung is anything but the model of a Joseon princess. She isn’t graceful or demure; instead, she is sassy, loud, and uninterested in conforming to expectations. Gyun Woo is completely unprepared to fall in love with Hye Myung.

This drama is a Joseon-era remake of the 2001 romantic comedy of the same name. 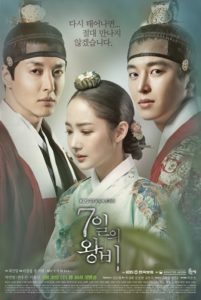 This drama portrays the tragic story of Queen Dangyeong, who held her position for just seven days, the shortest reign of any Joseon queen. In her youth, she caught the attention of two royal brothers: the future King Yeonsangun, a jealous man who would become a tyrant, and his half-brother, the future King Jungjong. She fell in love with and married the half-brother, and although they survived King Yeonsangun’s rule and were crowned king and queen, the two of them were torn apart when her father attempted a coup against King Jungjong. The king was forced to depose his beloved queen due to pressure from rival political factions. 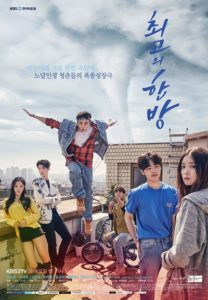 The Best Hit
32 (half) episodes, KBS2
Friday/Saturday
Available on DramaFever.com

Popular idol group member Yoo Hyun-jae has reputation for causing scandals. Lee Ji-hoon, an excellent student, has his eyes set on becoming and idol himself—while lying to everyone else about his plans to study for the government exams. Hyun-jae and Ji-hoon end up leading a group of twenty-somethings who are similarly trying to sort out what they want out of life and how to get it. Through this group, the drama explores the lives of young adults as they learn how to make their own places in the world. 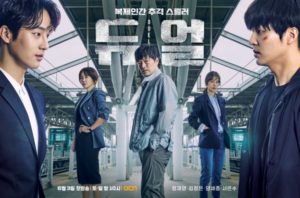 Crime squad chief Jang Deuk-cheon is a good, caring father to his young daughter. Jang Soo-yeon. When Soo-yeon is kidnapped, he is left with a ticking clock and one bizarre clue: two identical men at the crime scene. The mystery deepens when Deuk-cheon discovers that these men are actually clones. Will Deuk-cheon be able to save Soo-yeon and figure out the truth behind her kidnapping and the clones’ origins?

I’ll definitely be checking out Seven Day Queen (and possibly Duel, I don’t collapse in a puddle of too-many-shows-to-keep-up stress). Are any of these dramas on your to-watch list? Let me know!