TL;DR: I’m glad none of my group project partners in college were ever this creepy or awkward. 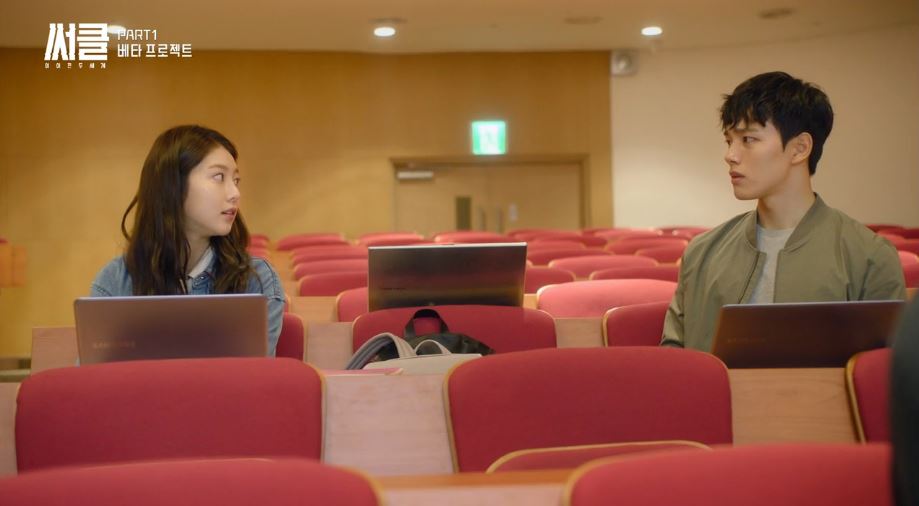 My already high interest in this show has ramped up now that Jung-yeon (and some other women!) had actual dialog. While I would have preferred getting insight into her character instead of her being an enigma for Woo-jin to stare at and obsess over, I’ll admit it made for a vaguely creepy tense half hour of television. If Jung-yeon really is an alien, she has come a very long way from the silent but protective (maybe?) observer she used to be. I guess after she figured out the concept of clothes, the rest of the human learning curve was simple.

(One small, insignificant complaint—for the life of me I can’t figure out how the alien got a jagged chunk of glass in the left side of her neck when, in order to save Woo-jin, she should have kept her right side facing the car and shattered glass. Now I’m left to wondering: does it mean something? Is this a clue that important information is being withheld from us during that scene? Or did someone just fail at staging?)

I can’t decide at this point if I want Jung-yeon to be the alien or if she’s just an eerily similar lookalike (or a clone or something—this is sci-fi, after all). If she is not, then I can’t imagine how disturbing and terrifying it would be for her to find Bum-gyun’s conspiracy theory wall, with her at the center and being blamed for the suicides/murders. If she is a real alien, I’m interested in seeing what the point of this undercover college student life is for. Surely there were other, lower-effort ways to get in contact with the twins that didn’t require forging school records and getting into classes and having to turn in homework. 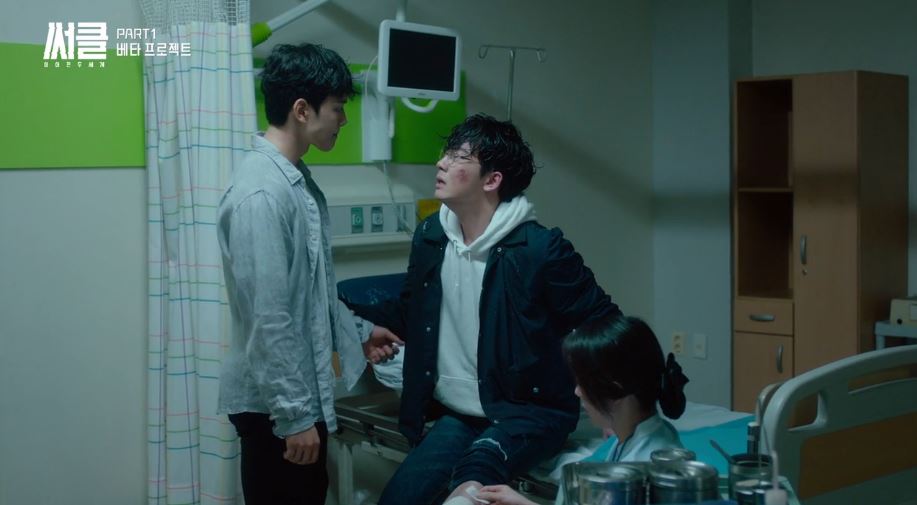 However, I am delighted that we already hit another major rough patch with the brothers. I honestly expected at least a full episode of on-the-surface-compliant behavior from Bum-gyun before any falling outs, but we hit the hospital, shouting ultimatums, unanswered phone calls, tossing belongings into a hallway, and a long disappearance already. This show is blazing through everything, and I’ll be the first to admit that I’m not entirely sure I’m keeping up.

The chief example of that being Joon-hyuk’s relationship to the twins.

I got a comment on my episode one post saying that there is likely a discrepancy between DramaFever’s subtitles and the actual dialog. (Thank you, bakedpotato!) DF’s subtitles said “Find your siblings” while other people say the actual dialog was “Find your brother.” I don’t know Korean, but if the DF subtitles are wrong, the second episode would actually make a lot more sense. The reveal that Joon-hyuk is a fake identity, that both Joon-hyuk and Woo-jin play with Rubik’s cubes, that both of them are connected to Dong-soo, and Joon-hyuk’s (suppressed?) memories of Woo-jin begging someone to find his brother—all of that seems like much better support for the idea that Joon-hyuk is one of the twins than him being a third brother. Is he Woo-jin? Or are all of those details a red herring? If he is Woo-jin, then how is Bum-gyun responsible for the Stable Care chip? He’s not the one studying neuroscience.

(Other small things that intrigue me/puzzle me at this point: Is the second person that Min-ji stabbed the professor that Woo-jin wanted to work for? Who or what is Bluebird that Bum-gyun would call them a criminal? What are they up to in the future? Is the frequent mentioning of air pollution supposed to signal something more sinister or is it just easy shorthand to divide Smart and General Earth and show that the past is heading toward that future?) 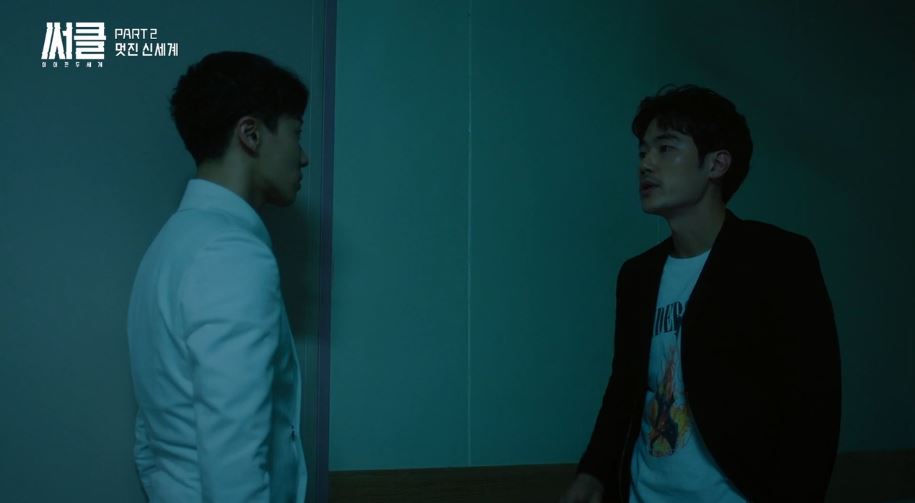 The mystery ratcheted up several notches in the present. Watching Joon-hyuk try to provoke a response from Ho-soo was entertaining, but beyond that, it signaled to what extremes someone’s emotions must go before the Stable Care system kicks in. That’ll probably be important in the future, especially since we’re getting conflicting information (or bad subtitles) about who has the chip, the fact that the system can be mislead/tricked, hints that there is something important about the chips themselves and not just as connections to Human B, and the revelation that suppressed memories may be part of the Smart Earth package. Woo-jin did say that he thought that getting rid of traumatic memories would be the best way to treat PTSD…

There are so many new players in Smart Earth that I’m not able to predict where the story will go from here. We’ve got a secretive chairman (who has that selfie Bum-gyun took of him and Woo-jin), Min-ji has a hit-list that no one can figure out, the mayor and the deputy chief are at odds, Joon-hyuk used to have a chip at one point but does not now, Bluebird has popped up, and Ho-soo could either be on the path to upholding a corrupt, repressive society or he could join Joon-hyuk on the search for truth.

We’ll have to see how it goes next week. I’ll definitely be there to find out.