I sure hope that you didn’t have anything planned on Monday and Tuesday this week because there are three new dramas premiering. 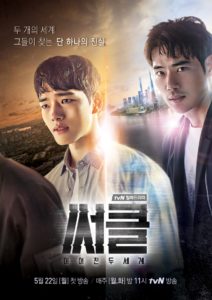 After aliens invade earth, two men twenty years apart must solve a mystery that connects them both. In 2017, Kim Woo-jin is a college student who begins investigating a series of suspicious deaths on campus and his brother’s mysterious disappearance. At the same time, aliens have begun their quest to control humans to keep them from self-extinction. In 2037, the aliens have succeeded in creating a “Smart Earth,” a crime-, disease-, and emotion-free world, in contrast to the lawless, plague-filled “General Earth.” Detective Kim Joon-hyuk begins investigating a murder in Smart Earth, one that should never have happened. Connecting these two is Han Jung-yun, a fellow student with Woo-jin. She is the link between the disappearances in 2017 and the murder in 2037. The three of them must uncover the mystery in order to save their worlds. 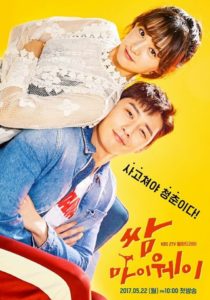 A drama about four friends with third-rate qualifications who chase after their dreams despite the odds against them.

Choi Ae-ra dreams of being a tv anchor, but she currently works at department store’s information desk. Meanwhile, her childhood friend, Ko Dong-man, wants to be a professional taekwondo athlete but is stuck as a contract employee for a mediocre company. Their friends, Baek Seol-hee and Kim Joo-man, are in a six-year relationship, but their romance is heading for troubled waters. 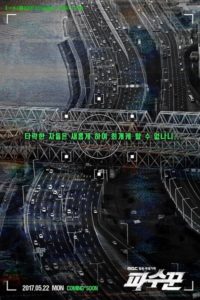 How far should people go to ensure justice when the police cannot solve crimes? Jo Su-ji, a former detective, is devastated when her daughter is murdered and the police fail to catch the killer. She teams up with Jang Do-han, a vengeance-driven prosecutor; Kim Eun-joong, a principled prosecutor; Seo Bo-mi, a recluse; and Gong Kyung-soo, a hacker. The five of them are either victims of violent crimes or have lost loved ones to violence, and they become vigilantes who step in when the police and society fail to punish criminals.

I’m personally really excited for Circle and Fight My Way. Which ones are on your to-watch list? Or are you holding out for something else?