My Secret Romance, which starts today, is OCN’s first ever foray into romance–good luck to them! The second drama is action/adventure comedy from the sound of it, and it’ll be on Netflix. Are either of these on your watch list? 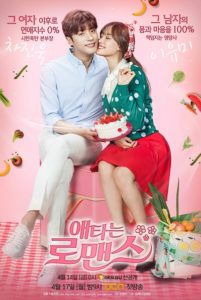 Second-generation chaebol Cha Jin-wook used to care only about partying instead of his family’s nutrition company. He met the innocent,  never-had-a-boyfriend Lee Yoo-mi at a Jeju resort three years ago. Their whirlwind romance led to  one night together–and then Yoo-mi disappeared. Heartbroken, he ended his party boy ways and became obsessed with the family business.

Yoo-mi walks back into Jin-wook’s life when she is hired as a company nutritionist. The two of them pretend they don’t know each other, but the time they spent together in Jeju hangs between them. Do they have the potential to make a real relationship out of their one-night stand? 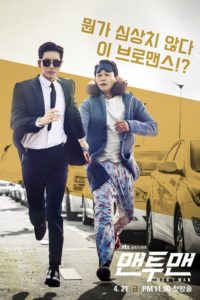 Celebrity Yeo Woon-kwang is in need of a bodyguard. Enter Kim Sul-woo, a “ghost” bodyguard who is as mysterious as he is talented. His special investigations training is something that Woon-kwang will have need of. Through their adventures, their client/bodyguard relationship will change into friendship.