We’ve got two new shows this week. Are either of them on your to-watch list? 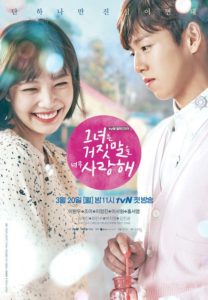 The Liar and His Lover
16 episodes, tvN
Monday/Tuesday
Available on DramaFever.com (as Lovely Love Lie)

Composer Kang Han-kyeol frequently hides his identity from other people. When he meets high school student Yoon So-rim, he becomes inspired by her beautiful voice. So-rim quickly falls in love with Han-kyeol, who is still lying about his identity.

This drama is an adaptation of the manga Kanojo wa Uso o Aishisugiteru by Aoki Kotomi. 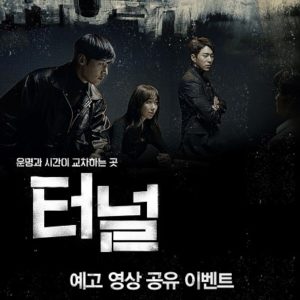 Tunnel
16 episodes, OCN
Saturday/Sunday
Availability unconfirmed, but DramaFever.com and OnDemandKorea.com both have pages up for it

Park Gwang-ho is known as a great detective–in 1986. But he soon ends up traveling back and forth between 1986 and 2016 in order to save his daughter. The jumps back and forth across a thirty-year gap allow him to hunt for clues but also causes a lot of problems in both timelines.