TL;DR: The heroes are rewarded for their virtue; the villains come to tragic ends. 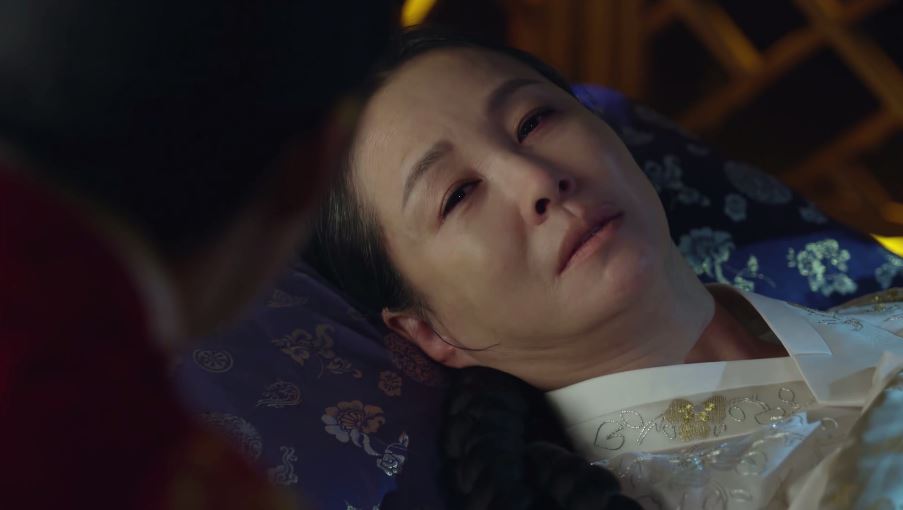 Which ought to come as no surprise. I mean, even if you didn’t know the historical events behind all this (I only know the broadest brushstrokes), it wouldn’t be all that much of a surprise to see that the villains all got what was coming to them: death. So much death.

Unfortunately, my lack of knowledge of the finer details means that I can’t authoritatively complain too much about Queen Dowager Munjeong’s and Nan-jung’s deaths. I mean, I’m still going to complain a little mostly because I’m tired of “woman dies of a broken heart and/or madness” trope. To be fair, Munjeong’s death was more due to thwarted ambition and age, and she technically wouldn’t be the first character to succumb to emotional shock in this show (see: Ji-hun’s father). Nan-jung totally lost it, though. While it was interesting to see how she had built up Ok-nyeo as the source of all her trouble, I’m still a little irritated that Nan-jung’s death went that route. From what I can tell, her suicide is historical—but I don’t know if the poison or the madness beforehand is.

While, on one level, I’m pleased that Won-hyung poisoned himself, too, in order to follow Nan-jung (aww, evil villain couple care about each other deep down!), I can’t help but feel cheated by it. King Myungjong had already ordered his death, and letting him sidestep his well-deserved punishment by ending it on his own terms is both dissatisfying (as Ok-nyeo and Ji-hun voiced) but it also keeps the king’s hands cleaner than they have any right to be. No, the king ordered the death of his uncle (via beheading, from what I could find); he shouldn’t get what he wants without also carrying the burden of Won-hyung’s death. 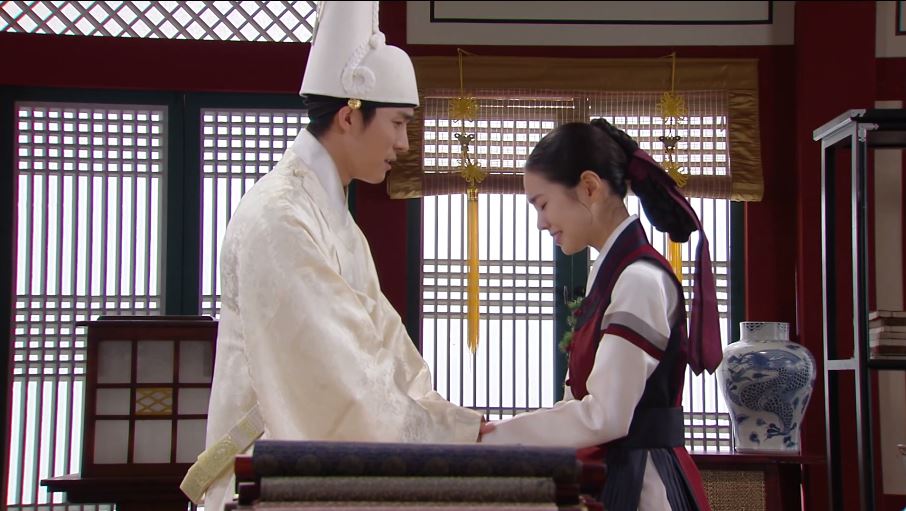 Then again, it’s not as if the king is going to live that long. According to Wikipedia, he only lives two more years after Won-hyung’s and Nan-jung’s deaths (so technically just one more after the epilogue). It made his interactions with both his mother and Ok-nyeo bittersweet as the audience knows he’s going to die soon and that all of his promises to live a good, long life will go unfulfilled. It’s one thing for the dying queen dowager to wish to see more grandchildren; it’s another when that never had a chance in hell of happening.

While I still wish that Ok-nyeo had been able to tell the king herself about their sibling status, I really do like the little bits of sibling-ness that we got between them. Especially when the king decided to let Ok-nyeo continue her life outside the palace despite centuries of tradition (and probably even law) dictating she should have been brought inside until she married. It was also nice to see him training his successor and to drive home the theme that a king is to serve the people and ensure their well-being. 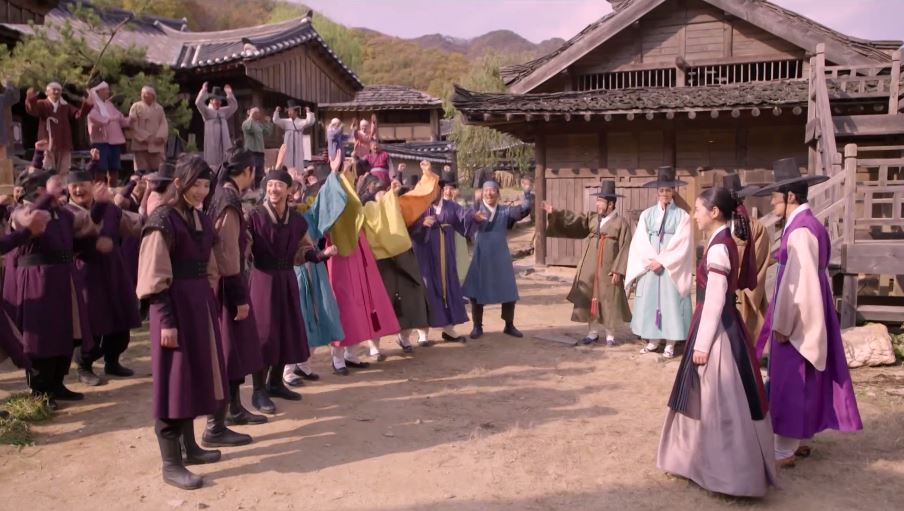 Tae-won was wrapped up nicely as well, between his bittersweet moment of calling Won-hyung his father and then ordering his arrest to how he ended up working beside Ok-nyeo to continue the lawyer system. I actually appreciated that we didn’t wrap up this drama with a wedding—please, they hardly had any on-screen romantic moments—but instead we saw him stride into court beside Ok-nyeo. It was a nice reminder of how similar they are in wanting justice for the powerless.

Sure, someday, they’ll probably get married and live in domestic bliss (with occasional ninja escapades to save the kingdom), but for now they’ve got other people to protect and an unfair system to keep reforming. 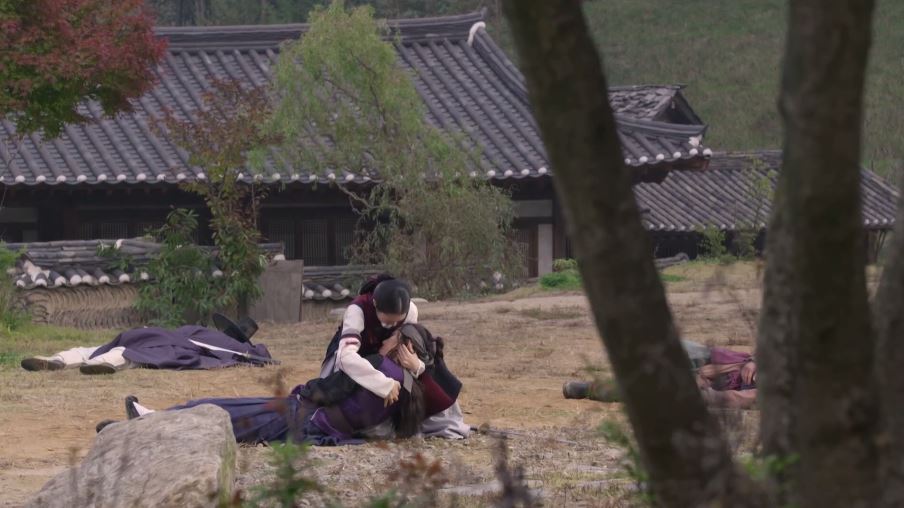 Victory didn’t come without sacrifices, and there were some genuinely touching moments in these last two episodes. However, there were also some significant missteps. The last episode in particular was disjointed and overused flashbacks, enough that I suspect it had more to do with the filming schedule and less to do with fifty episodes of character growth they needed to refer back to.

What bothered me most with the epilogue was that we didn’t find out what happened to Shin-hye. As the daughter of traitors, did she get stripped of her noble status and sent off as a government slave? If she did, why didn’t Jong-geum share the same fate as the concubine? Why was Jong-geum left to wander the streets with an infant strapped to her back ? There were a few things that weren’t resolved by the end, and it felt off compared to how many other, less significant, things were.

Overall, the Flower in Prison was an average show, but it was one that I enjoyed. I don’t regret spending time on it even though I’ll probably never rewatch it. The show had its highs and its lows, but it remembered to keep its heroine in the center of the narrative and filled its cast with women of all different statuses and spots on the morality scale.

And sometimes, that’s all I need.