TL;DR: You can tell we’re almost to the end because they’re wrapping all the little things up. 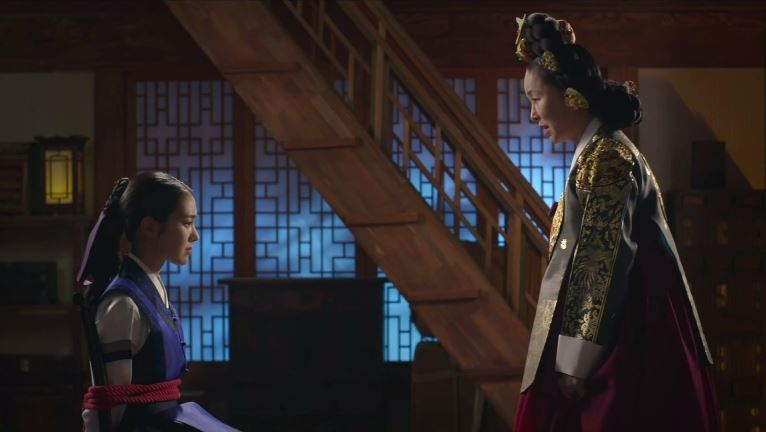 For all her secret intelligence officer training, the instigation of trade wars, numerous fights to the death, and just general badassery, Ok-nyeo has been a surprisingly pure-hearted heroine. So I spent several minutes in these episodes just making awwww sounds as Ok-nyeo took time to reward her loyal followers with money, stores, business opportunities, etc. It was just really sweet to see that her drive for justice extended to her minions—they did a lot of hard work for her, and they deserved to be repaid.

Not everything was sweetness and light, of course, because the stakes need to be high for the finale. Queen Dowager Munjeong’s fury at finally discovering Ok-nyeo’s use and betrayal of her was surprisingly effective. If only the two of you hadn’t had a terrible fate (and Ok-nyeo wasn’t fundamentally a good person), maybe you could have brought Ok-nyeo up to be a loyal retainer. Unfortunately, you tried to have her mother murdered (and murdered dozens of innocent ladies) in order to keep your attempted poisoning of the previous king a secret.

It was wonderful when Ok-nyeo declared she didn’t fear death anymore—and went on to say that King Myungjong would punish the queen dowager and her faction for their crimes, regardless of what the queen dowager did to her. And then paired it with her sincere appreciation for the care the queen dowager had given to her before the whole kidnapping and holding her hostage thing because really, good manners should be observed. 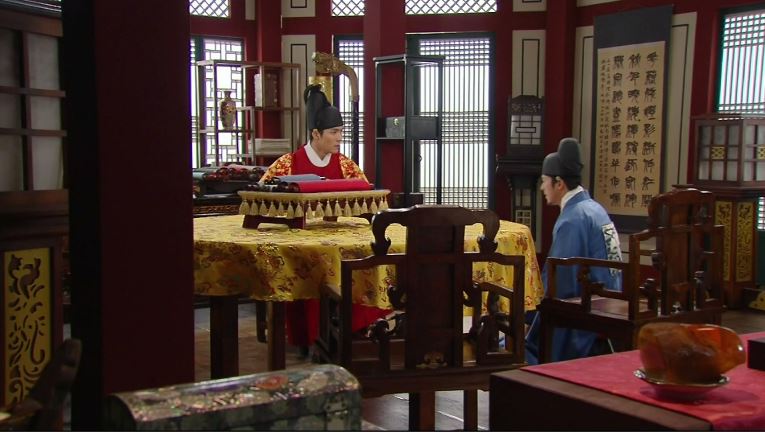 While I enjoyed the confrontation between Ok-nyeo and the queen dowager, I was less pleased about why it happened: to force the king to do what his mother wanted. Flower in Prison has generally been good about not hurting its heroine in order to motivate the many men around her, so it was a bit of a disappointment that the bad guys threatened her in order to get the king to cave and release Nan-jung and Won-hyung. It was a cheap, easy tactic, and I expected better from them.

But the thing that really annoyed me was that it meant that Tae-won revealed Ok-nyeo’s birth secret to the king. I wanted her to do that, dammit, especially since she had made a big deal about not wanting to put the king into a difficult position because of it. One of my disappointments with this show has been how many people have more or less overheard Ok-nyeo’s birth secret as opposed to her telling them; I wish she had been given more agency in that regard.

In any case, it did spark a good conversation between Tae-won and Myungjong. A long time ago, I complained about Tae-won’s reluctance to go after Won-hyung versus Nan-jung when at least half the responsibility for his mother’s death should squarely be on Won-hyung’s shoulders. I admitted it was probably a cultural thing (i.e., filial piety and the like), and Tae-won and the King explicitly talked about it, saying that it was against the very order of heaven for children to punish/correct their parents. They even discussed the political ramifications of the violation of this taboo, especially regarding the queen dowager, and how it still needed to be done anyway. It was nice to hear that spelled out. 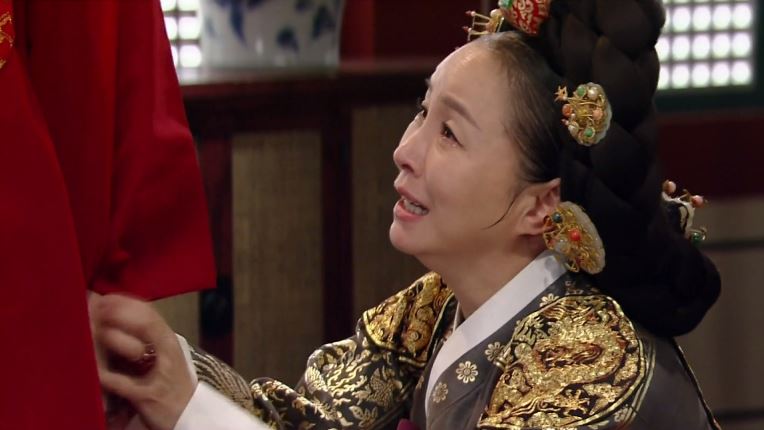 Which brought us straight to the cliffhanger moment: the king’s confrontation with his mother. After a purge attempt by the queen dowager during another health crisis for the king, Myungjong had enough. If he cannot outmaneuver his mother or keep his people safe, the only option left to seek justice and protect everyone is to abdicate. If he isn’t on the throne, then she can’t use him to further her agenda. Now that he knows how she operates, he owes it to the people she has killed to put and keep him on the throne to step down.

Their confrontation was amazing, from Myungjong’s tearful insistence on stepping down to Munjeong’s increased panic and on-her-knees begging for him to change his mind. And with the queen dowager’s collapse at the end of the episode, it is a great way to set up the finale. I’m looking forward to how the show will end.