TL;DR: Ji-hoon really does take after Kyung-moon: they both failed several of their tests of character. 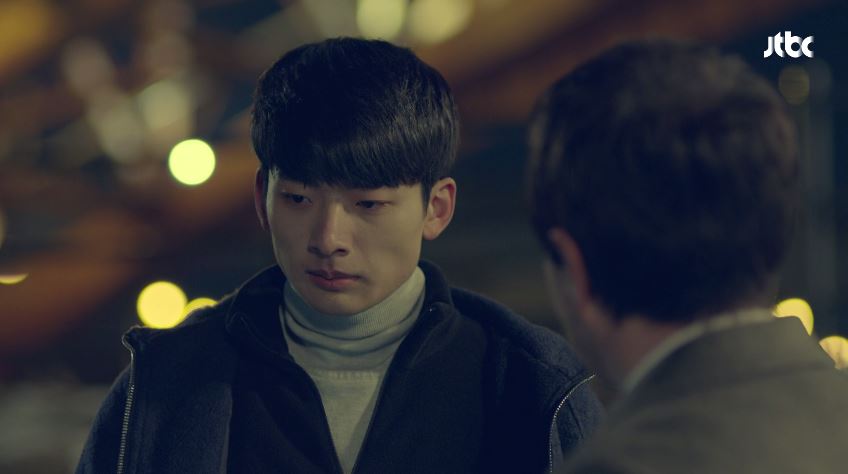 We got more answers this week, mostly about So-woo’s reasoning for becoming the Jeong-guk Watchman. We were also given an extended flashback showing how So-woo was actively trying to drive a wedge between Ji-hoon and Kyung-moon, though I honestly don’t know why he would do that. If you’re that bitter about getting kicked out of the school for hinting at the school’s corruption, why don’t you just skip taunting Kyung-moon and go straight to revealing it all to Ji-hoon? Did you have some other purpose? Or were you just wanting to torment Kyung-moon without any intention of following through?

(Even though we have progressively gotten more details about So-woo throughout the show, I’m still having difficulty piecing together the entire picture of who he was. My fear is that the final episode will finish pulling him into focus instead of centering our heroine, but it wouldn’t surprise me at all at this point.)

While I personally don’t care about the father-son showdown going on in this episode, I can appreciate that it was, on the whole, well done. Congrats, Ji-hoon, you now have undeniable proof that your good father is also a bad guy. Which is what So-woo wanted for you, and somehow that makes me think that So-woo wasn’t all that great of a friend. 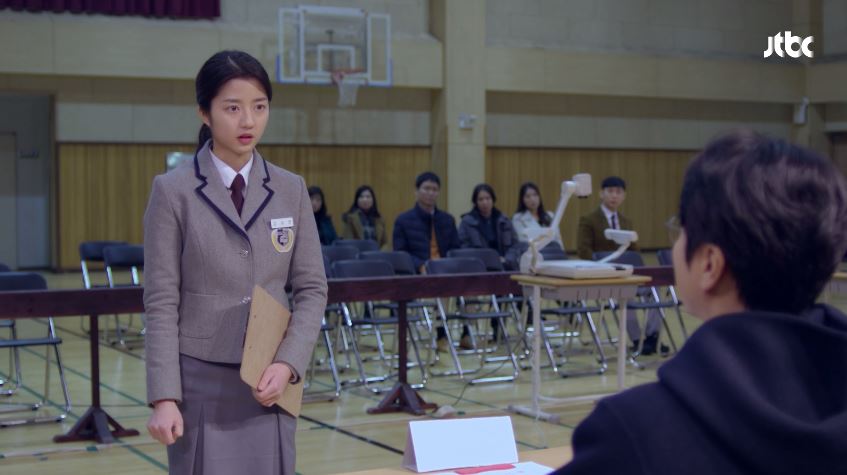 Seo-yeon made great strides in indicting the school for So-woo’s death this episode. I think she handled her witness examinations well, and she was able to make some great points in there about the school’s corruption. But still, even here, Ji-hoon ended up taking over and handling the key points of the questioning. It was wonderful when Seo-yeon told Ji-hoon flat out that she wouldn’t let him question his father because she didn’t trust him—only for Ji-hoon to take over anyway because he could provide the actual evidence. (And it was a takeover—she didn’t formally end her questioning, Ji-hoon just jumped right in.) What’s the point in having her stand her ground only to have Ji-hoon wrench it from her in the end?

And why the hell couldn’t Seo-yeon have been the one to call the principal out on his “I was only following the rules/I was powerless” shtick? That didn’t require the revelation of any secret/special evidence. I’m so frustrated by it because Seo-yeon voluntarily passing the torch to Ji-hoon was the briefest glimpse of the kind of teamwork we could have had all along. But no, we couldn’t, because this show pulled a bait-and-switch over which character was actually our protagonist.

I can’t even be happy about the fact that Seo-yeon has turned Ji-hoon into the defendant and gets to question him in the final episode because their secret meeting the night before has set it up so it looks like that this is entirely on his terms and on none of hers. (Or if there are any of her terms in there about how the questioning should go, they’ll be discarded and/or ignored, just like Ji-hoon did during Kyung-moon’s questioning.) Here’s hoping Ji-hoon bothers to be honest now and answers all the questions—it is his last chance, after all. 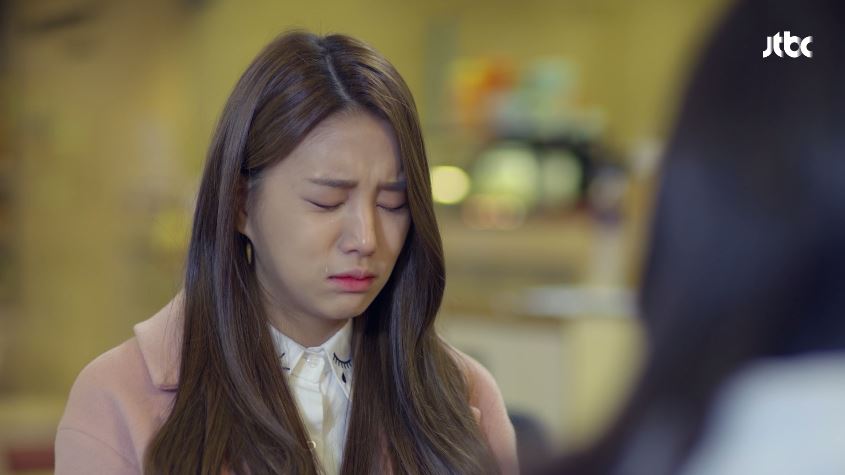 I do want to give two small shout-outs: the first to Yoo-jin, for being willing to come forward and testify about the illegal admissions (despite her own shame on her and her parents’ behalf) and to Joon-young, who still hasn’t given up on having a happy family. (I’m still angry at his father for just assuming that his abused child will be thrilled to try the family thing again. YOU DO NOT DESERVE JOON-YOUNG.)

I don’t know if there’s enough time to wrap everything up properly, but I hope the good guys get some cute and all the bad guys get punished. That’s as far as I dare hope.