TL;DR: Oh, hey, they finally decided it was time for Seo-yeon to get clued into some of Ji-hoon’s secrets. I mean, it’s not like the girl has HEROINE emblazoned on her sweatshirt or anything. 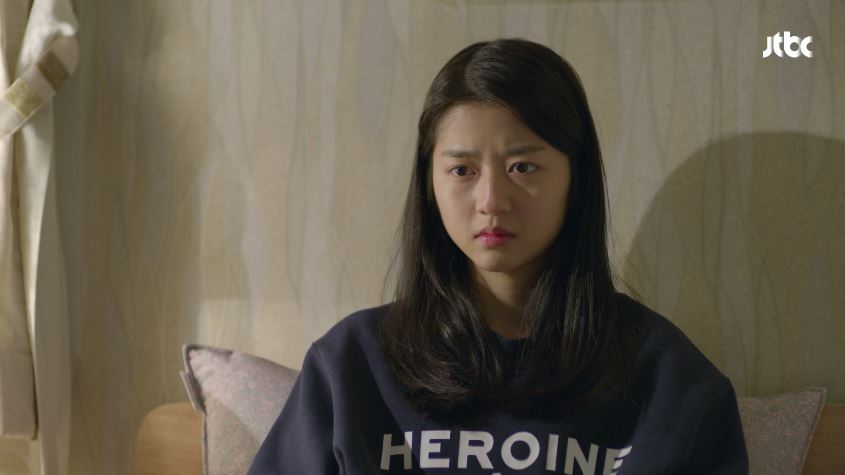 It’s no secret that I’ve been frustrated over Solomon Perjury’s sidelining of Seo-yeon, but I’m still hopeful that this episode has marked a return her story. We’ll see if the final week can execute a last-minute course correction. I’m not terribly optimistic.

In the meantime, I’ll take what small victories I can get—at least Seo-yeon knows that Ji-hoon’s father is the Jeong-guk Foundation’s lawyer and the one behind the current ploy to get her and the rest of the trial club (but not, conveniently, his son) expelled from school. She gave Ji-hoon a chance to come clean, and instead of taking it (or even asking about the other school trial club members to see if they were okay), his sole concern was that they’re willing to sacrifice their own records for the sake of the trial.

Luckily, Seo-yeon is a heroine, and she is going to do it because she thinks the truth behind So-woo’s death is a hill worth dying on. No thanks to Ji-hoon, who has kept vital information from her, manipulated her, and continues to act like all the other people in this show are just pawns that he can control so things go the way he wants them to go. I wanted to scream when, under his Jeong-guk Watchman persona, he sent Seo-yeon the message Joo-ri left on the Watchman’s SNS page re: someone running out of the school We could have saved ourselves so much time if he had given her that information sooner—none of this waffling re: whether or not to believe Joo-ri—but no, give it to her only when she feels like the trial’s over/it’s time to give up.

Seo-yeon deserved so much better than what she’s gotten in this drama so far. 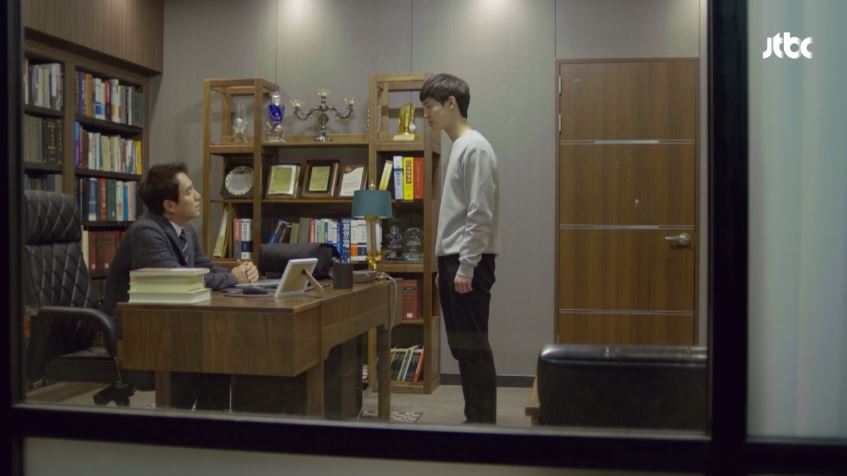 I honestly can’t bring myself to care about Ji-hoon’s confrontation with his father. I can’t care that he’s essentially taking himself hostage against his father’s actions (and that is a trope I adore), nor do I care about how willing he is to bear the other kids’ hatred when they find out all the secrets he’s kept from them. You didn’t have to keep secrets in the first place. He is also experiencing no risk, and unless he actually follows through with his threats to out himself as a murderer’s son/force his school to expel him, it’s all talk and no action.

Honestly? Ji-hoon strikes me as an excellent match for Woo-hyuk, who proved in his conversation with Ji-hoon after the hearing that he was only sorry for being exposed as a monster and not for actually doing monstrous things. Ji-hoon doesn’t care about the people he hurts or the lying or the others’ risks or anything beyond making sure that everything plays out the way he wants it to. I half wanted Seo-yeon to lie to Ji-hoon and tell him that she was giving up on the trial just to watch him freak out.

(And can I just say that I’m pissed that Ji-hoon manages to talk his way out of keeping information from Detective Oh? The implication is that there’s something to So-woo’s death besides it being a suicide—why the hell does he get to just walk away without any kind of questioning? Especially when she knows that he is also the Jeong-guk Watchman and knows a whole lot more shit than he has revealed so far. I am beyond frustrated that Ji-hoon gets to just waltz his way in and out of whatever situation he wants so that everything goes the way he wants it to.) 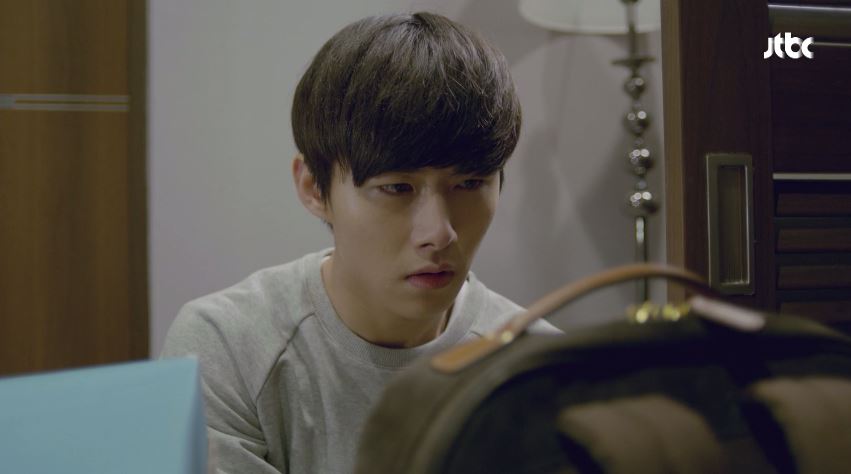 The only thing I’m not angry at Ji-hoon for is letting Joon-young crash with him. Joon-young’s father made it onto my awful parents list in this episode, thanks to the reveal that he made his son promise to endure consistent emotional and physical abuse because they ought to be “grateful” the mom didn’t kill herself from grief over Joon-young’s brother’s death. I’m sorry, but that’s just shit parenting from every single angle. Here’s hoping that Joon-young’s confession about nearly jumping off a building will force his dad to get his act together. And by getting his act together, I mean either delivering an ultimatum to the wife over getting treatment for her mental issues (or finding new treatment because this clearly isn’t working) or by putting Joon-young up in a place of his own (and pay for some therapy) because no kid should endure years of their parent screaming at them that they should have died.

The only good things coming out of this plotline is that Joon-young is finding his voice again and that it led to him suspecting that Ji-hoon might have been the kid he spotted early in the morning before he found So-woo’s body. At least I have confidence that once Joon-young has more proof, he will go straight to Seo-yeon with that information. You know, unlike Ji-hoon.

Just two episodes left. Will Solomon’s Perjury be able to dig itself out of its hole in time to deliver a satisfactory finale? We’ll see.