TL;DR: Why did you lie to us that Seo-yeon was the protagonist in this show? 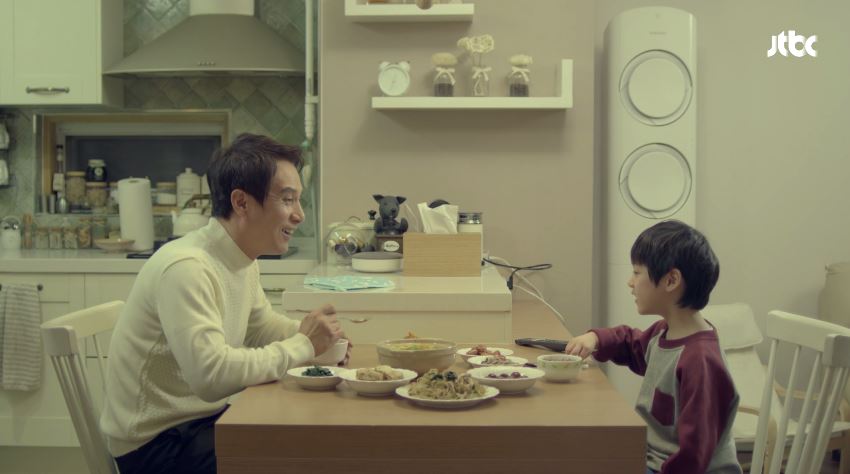 So, it’s cute and all that Kyung-moon was once the kind of guy whose heart could be moved by the plight of a suffering boy to the point that he ended up adopting him, but Kyung-moon has changed over the last decade and he’s now the sort of guy who does shady shit for rich folks. (Though he does keep a cute drawing and photo in his office.) And if I were still invested in Ji-hoon as a character, maybe I would care about the inevitable father/son conflict we’re speeding towards. But I don’t.

Ji-hoon, you don’t get to be smug and give yourself good guy points about not outing Joo-ri’s suicidal moment in the trial even if it would bolster your case when you turn around and do exactly that same thing in the next session. There was absolutely no need for it—after all, Joo-ri pointed out the noise thing in her previous testimony, and that wasn’t after an actual detective testified to the veracity of Woo-hyuk’s alibi. The letter and her testimony have been completely discredited. You could have deflected her without revealing such an intimate thing to the rest of her peers, but you chose to go the easy, cruel way to shut her up.

And no, I’m not giving you any credit for berating Woo-hyuk to tears, either, because it makes his “apology” sound like he’s upset about people hating him enough to try to frame him for murder instead of him actually being sorry about all the awful shit he’s done to people. Unless Woo-hyuk does something because of his tears—like testify to the corruption of the school’s anti-violence committee or, I don’t know, apologize individually to each person he hurt, I don’t buy it. (Dare I hope he’ll actually leave the school he terrorized for two years and vow never to be a violent bully again? Yeah, right.) 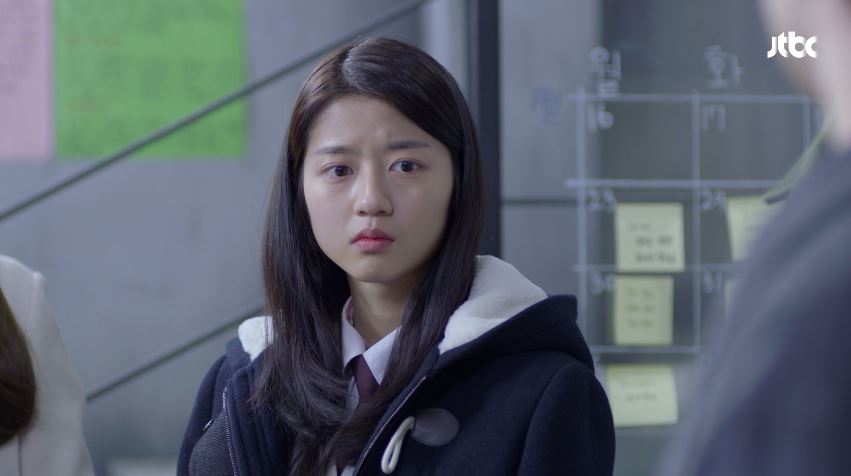 There’s really nothing to say about Seo-yeon in this episode. Her witness was a no-show, she thinks she’s gone off-track because she lost her focus (when really she can’t reach the damned middle, aka the truth, because Ji-hoon is keeping information from her so she’s going off in the wrong direction), and her father blindsided her as a witness for the defense because apparently that’s what he does now. She couldn’t even get sick without it benefiting Ji-hoon in some way.

Also? I’m irritated that Woo-hyuk’s grandmother was fridged on accident. Like, it’s bad enough when I thought she was murdered for her life insurance money, but it turns out that Woo-hyuk’s dad just really wanted the land but didn’t want her dead, so she literally just died to earn Woo-hyuk sympathy points from the audience.

At this point, I’m relieved this show is only twelve episodes long. I think I’m going to buy myself a bottle of wine as a consolation prize once I’ve finished it. Heaven knows I’ll get more pleasure out of that than this.