TL;DR: I may be teetering dangerously close to hatewatching thanks to some things that could easily be fixed but that the show steadfastly refuses to do. Also, there’s a lot of domestic violence in this episode, so take that under consideration. 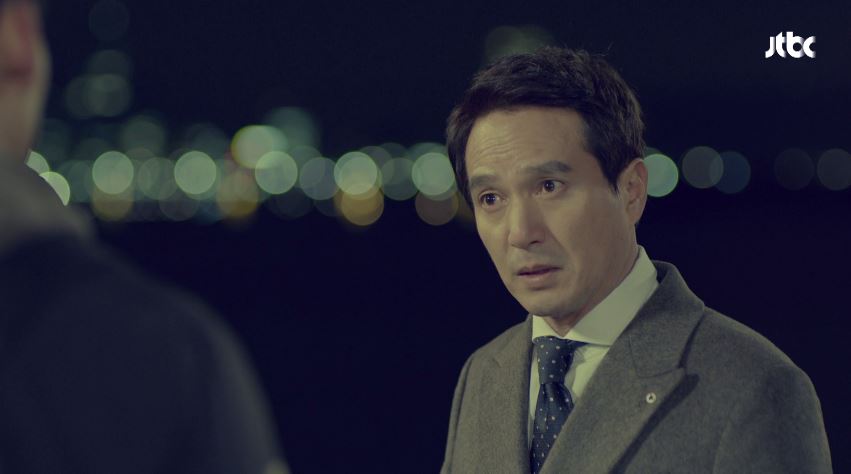 We got confirmation today that So-woo stumbled upon evidence that Jeong-guk was allowing the families of unqualified students buy admission to the school. While my American self looks at legacy admissions and just shrugs—of course it happens, this is everyday corruption over here—I am also keenly aware of the fact that President Park Geun-hye’s current scandal was kicked off by Choi Soon-sil’s daughter’s illegal admission into Ewha University. So while I’m sure that Kyung-moon’s justification for allowing unqualified kids from rich/powerful families into the school so they can pay for scholarship students/other things the school needs is a routinely accepted justification in my country, it sure as shit isn’t going to fly in Korea.

This episode did not help to explain So-woo, however; it just made him more confusing. Why would he delete his posts/pictures and even go so far as to throw his phone in the river and yet directly taunt Kyung-moon anyway? Why would he then request a landline phone and hide it away? Did he actually want to get Kyung-moon’s attention? Or is Ji-hoon right to suspect it was to get his?

But Ji-hoon is almost certainly the mysterious boy in the phone booth, based on his reactions to Seo-yeon. What happened on Christmas Day that would force a distraught Ji-hoon out of his home to call So-woo from five different payphones? I don’t think they’d go so far as to reveal Ji-hoon as the murderer, but his answer to Seo-yeon’s father that he feels responsible for So-woo’s death is telling. Personally, my favorite part of the episode was Park Hee-jun’s testimony about Woo-hyuk. I’m so glad that Seo-yeon was able to think of a way to counter Sung-min’s testimony that Woo-hyuk was just joking about killing So-woo and that Dong-hyun was easily scared. No, Woo-hyuk is the kind of person who beats younger kids to the point of unconscious and permanent hearing issues for the crime of spilling milk. I’m glad she pointed out that Woo-hyuk hasn’t changed and that he has expressed absolutely zero regret about his behavior. Watching Hee-jun dump the milk over his head when Woo-hyuk refused to apologize was extremely cathartic, just like it was when Joo-ri called out the rest of the student body for their treatment of her.

(Why is she coming back? I thought her part in the story was over. Apparently not. Does this mean we actually have a shot at Cho-rong returning?)

But I am so very much over this show’s attempts to justify Woo-hyuk’s violence. He goes around drinking or beating weaker people whenever his dad beats his mom, and according to Sung-min, Woo-hyuk knows that’s wrong and does it anyway. I’m tired of this show using Woo-hyuk’s mother’s suffering of domestic violence as some kind of mitigating circumstances for Woo-hyuk’s behavior. Woo-hyuk knows firsthand what being beaten is like and deliberately does it to others to make himself feel less helpless. And as Ji-hoon himself demonstrated dramatically at the end of the episode, it’s possible to suffer domestic violence and not spend the rest of his life kicking the shit out of others. Until Woo-hyuk expresses any kind of remorse for his actions—not because he got caught or because of wounded pride or embarrassment—any attempt to justify his behavior is just going to piss me off. Don’t bother with it, Show. 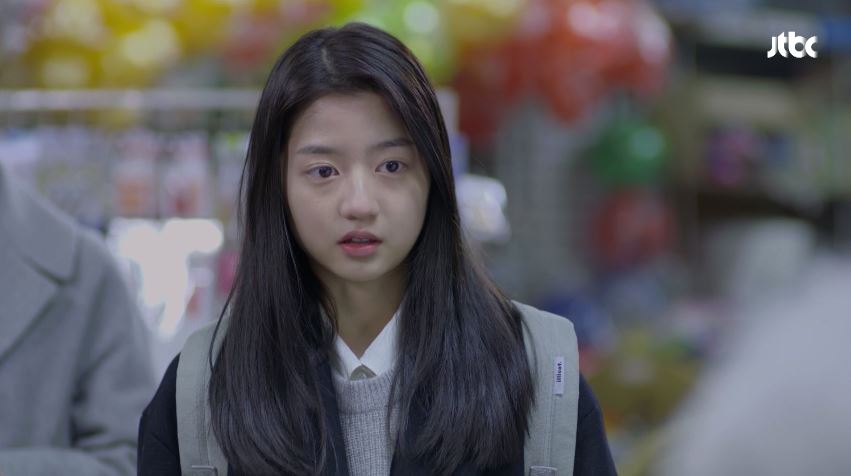 We’ve officially hit act three, and Seo-yeon finally found out that there’s another dimension to So-woo’s death than she had previously believed. And honestly? I think that’s the thing that’s angering me the most about this show. Seo-yeon is acting in good faith, as a team, with all the other kids in the school trial club. She doesn’t hesitate to share the grandpa’s testimony and inability to identify Woo-hyuk (meaning that Woo-hyuk probably wasn’t the one to call So-woo the night he died). She is freely sharing her information because she wants to uncover the truth.

Ji-hoon, on the other hand, lies. All the time. About pretty much anything he can get away with. We could have halved the number of episodes if he were upfront about his information and strategies. But he’s not, he’s doing it all on his own because—why, exactly? Because he feels responsibility? Seo-yeon does, too! That’s why this school trial is even possible: Seo-yeon bargained with the school to let her run the trial in exchange for not making an issue over a teacher slapping her. She gave up on justice for herself in order to have a shot at justice for So-woo, and Ji-hoon keeps her in the dark at every opportunity.

Here’s hoping that with Woo-hyuk’s father’s arrest, Seo-yeon will be able to learn about the arsonist and start putting together pieces on her own, because Ji-hoon clearly considers this his own personal burden that has to be solved by him and him alone.