TL;DR: Maybe, just maybe, you should put hidden keys back where you found them instead of playing “what does this unlock?” in a lawyer’s office. 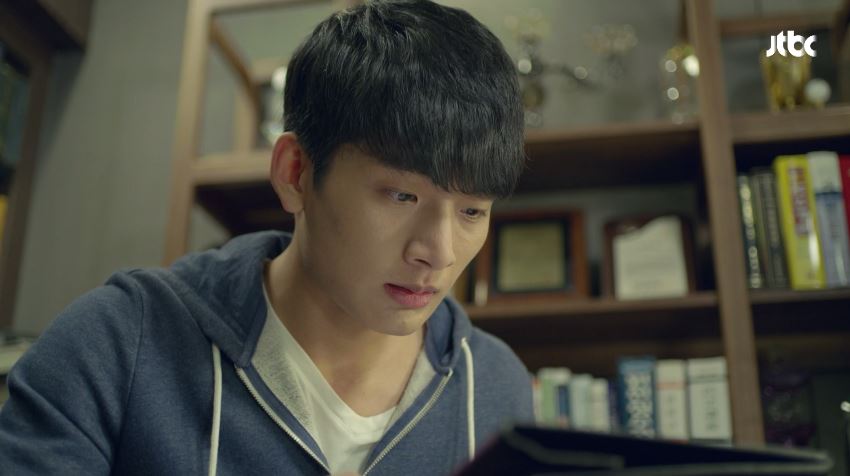 I’ll give Solomon’s Perjury this: it is a break from tradition to have the murder victim purposefully sticking his nose where it doesn’t belong instead of having him be an accidental witness that must be silenced. I don’t know what a list of students “under special management” means, but I’m guessing that’s a bit more sinister than merely a record of which students have IEPs.

(Side note: Why the hell does Kyung-moon keep such sensitive material in his home office? He’s got to have a proper, professional office elsewhere. One with maybe building security or something? And why would you put those documents in a locked drawer that could easily be forced open even without a key if they’re that big a deal? Why not in a safe? I get it, you adore and trust your son, but that is no excuse for the kind of negligence that definitely should have gotten you fired if your employers found out.)

While I do like these slow-building layers of characterization for So-woo, they frequently leave me frustrated and confused. Was it actually necessary to pick a fight with Woo-hyuk in order to get Kyung-moon’s attention? So-woo couldn’t, I don’t know, wait outside his home? I mean, it’s not like he’s spent so many hours there that he has read all of the books on Ji-hoon’s bookcase or anything. Could he not sneak a look at Ji-hoon’s phone and steal Kyung-moon’s number from that? Why was the spectacle necessary at all?

(And if he got exactly what he wanted from picking a fight with Woo-hyuk, why is he at all upset that no one made a witness statement on his behalf? You accomplished your goal, so why were you pissy with everyone?)

Another thing I’m finding frustrating is the show’s insistence on trying to explain away/minimize Woo-hyuk’s behavior. I think Ji-hoon is right that Woo-hyuk is often hurt when he lashes out, not angry, but that matters not at all to me without some kind of demonstration that Woo-hyuk is capable of remorse or wants to change his behavior. I’m sorry, Show, but my sympathy for his character ends where he intentionally, deliberately, hurts others. I don’t care how much effort you put into turning him into a Jerkass Woobie—until Woo-hyuk can prove to me he wants to change, it won’t matter to me in the slightest. Don’t be lazy about redemption if that’s what you want to give him. 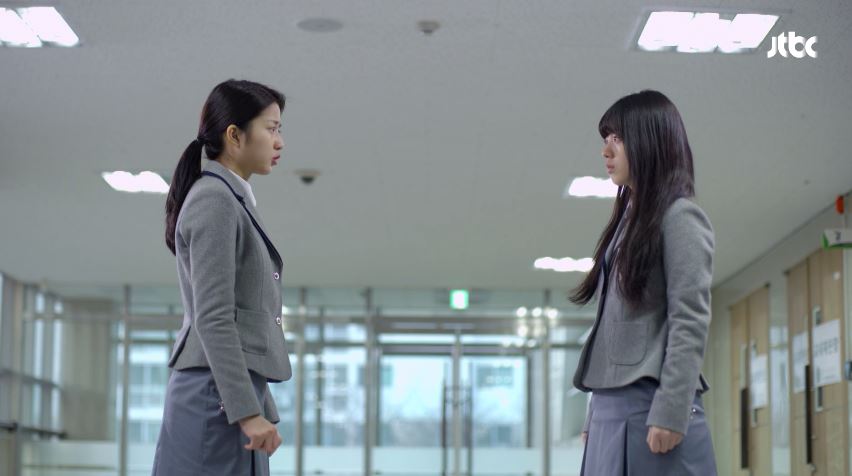 The best parts of this episode were the interactions between Seo-yeon and Joo-ri. I loved that Seo-yeon rushed out of the courtroom to tell Joo-ri she believed her and how Joo-ri rewarded her for that by taking the stand. While I still think that Joo-ri’s testimony is suspect, it provided some great moments, like when Joo-ri called out all of her classmates for their treatment of her because of her acne or when Joo-ri got to break down and cry over finally having been listened to instead of dismissed and mocked. Now if only she were self-aware enough to apply these lessons toward her “friendship” with Cho-rong…

Yet as much as I love and root for Seo-yeon, the show keeps taking the spotlight and chances for victory away from her. She didn’t get to cross-examine the assistant principal at all (so only Ji-hoon’s Secret Agenda was advanced), Dong-hyun’s testimony got called into question for (admittedly reasonable) bias in roughly thirty seconds, Ji-hoon didn’t bother cross-examining Joo-ri at all so he could be smug about possibly letting her keep the secret of previous suicidal thoughts, and Sung-min’s testimony easily undermined Dong-hyun’s testimony while also giving Ji-hoon more info re: his Secret Agenda.

What was the point in staring this show with Seo-yeon as the viewpoint character when Ji-hoon one-ups her at basically every point and refuses to even hint to her that there’s something else going on? Characters have repeatedly commented on Ji-hoon’s confidence in Woo-hyuk’s innocence, and if that is true and Ji-hoon knows that, it means that he has been wasting Seo-yeon’s time chasing after dead ends while he can do all the real investigating on his own. 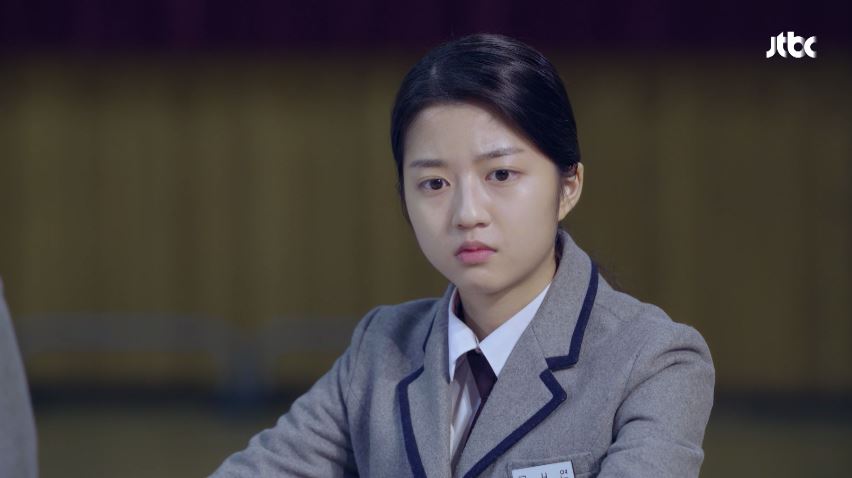 Ji-hoon claimed once (as the Jeong-guk Watchman, of course) that he was moved by Seo-yeon’s passion for finding out the truth. If that’s actually the case, maybe he ought to try to prove it by cluing her in to what’s really going on, not just leaving her to waste time on a dead end. Just think of what they could do if they collaborated on this trial as equals! But alas, Ji-hoon’s too busy being a one-man show to be part of a team.

Honestly? I hope everyone turns on him when they find out what he’s been doing. He deserves it.