TL;DR: On the one hand, I’m intrigued by this show. On the other, I am growing increasingly frustrated with it. 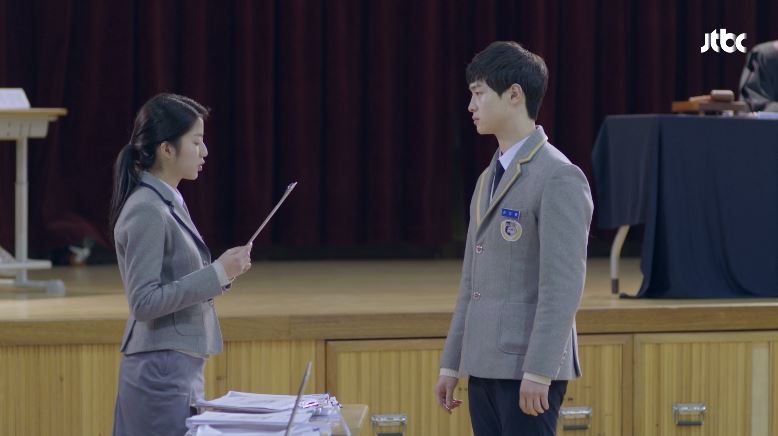 I complained previously about Ji-hoon getting in the way of Seo-yeon’s story, particularly the Daddy-Long-Legs and Genius Male Lead characteristics he’s taking on, and I’m sorry to say they were in full force again. In fact, it’s gotten to the point where I’m starting to doubt his regard for Seo-yeon, which I just praised in the last post. I think he’s far more interested in his own (secret) agenda than he is with Seo-yeon as a person or even in proving Woo-hyuk’s innocence. That does not make me a happy audience member.

From where I’m standing, it looks like Ji-hoon is stealing Seo-yeon’s trial because it was a more convenient way to accomplish…whatever the hell it is he’s trying to accomplish. As the Jeong-guk Watchman, he helped her research in preparation for pitching the trial to the school, but now he’s knowingly allowing his defendant to lie on the stand (hi, perjury!) and all but saying that that wasn’t the only time he lied in court, either. He’s undermining the trust she placed in him (in both roles!) and taking a dump all over her sincere desire to not let people just pretend So-woo’s death never happened and that there weren’t any potential injustices surrounding it.

And I am extremely pissed off that the show appears to be rewarding his emotional manipulation of Seo-yeon (by provoking her, then by comforting her as the Jeong-guk Watchman) by having Seo-yeon reevaluate what it means to be a prosecutor and doing the things Ji-hoon wanted her to do. I’m also irritated by how easily Seo-yeon fell into the trap re: the witness statement and Dong-hyun’s refusal to alibi Woo-hyuk—how could she forget what was in that blasted letter that started this whole thing? Like, I’m glad she shut Ji-hoon down for trying to cross-examine her, but I’m overall irritated that Ji-hoon keeps being right at the expense of Seo-yeon being wrong. Don’t get me wrong, I like that Seo-yeon is having to question herself at almost every turn—I’m just getting frustrated that the “right” conclusions always seem to be the ones that Ji-hoon has picked for her. 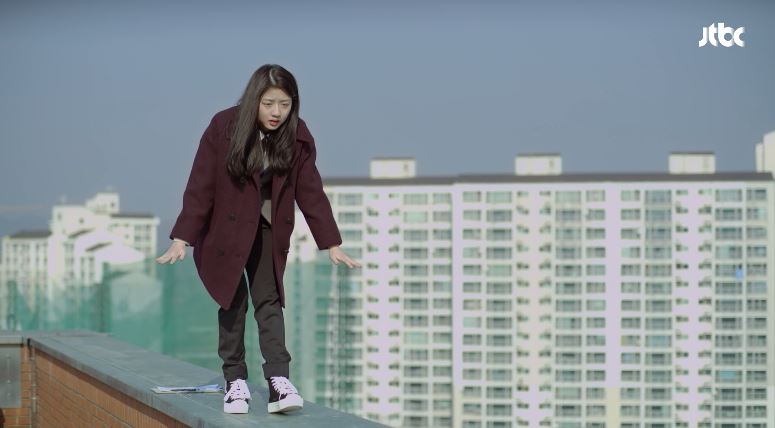 In that vein, I did enjoy how Joo-ri presented Seo-yeon and her friends with a “more detailed” version of “Cho-rong’s” accusation letter and how she blew up over Seo-yeon not believing her. Not because I think the accusation letter v2 is going to have any fewer errors/lies/whatever-you-want-to-call-thems than the previous one did but because it gives Seo-yeon an unreliable witness, just like the defense has to manage a defendant they know lies to them. How much can they believe Joo-ri and Woo-hyuk?

It was nice to see Seo-yeon taking that question seriously and going up to the roof to check how many details from the letter could be real. They all lined up rather well—so well, in fact, that I’m worried about it. (What if Joo-ri went up there after the fact? But would she actually climb onto the ledge to find that bit of loose metal?) I’m also less enthusiastic about Seo-yeon’s apparent determination to swing the pendulum the other way and put far more faith in Joo-ri than I think is warranted. Just how much of her testimony can be trusted? Tanking the trial because you put too much unwarranted faith in a witness isn’t the way to go, either. Can’t you strike some middle ground?

I am proud of the girls for figuring out a way to corroborate Dong-hyun’s alibi, too. They might not be able to wave police badges around, but they’re good at figuring out ways to get a lot of the information they need. I’m just worried that Dong-hyun’s injury will have a major chilling effect for other witnesses. (Also, will there be a school violence committee meeting for his fight with Sung-kin?) 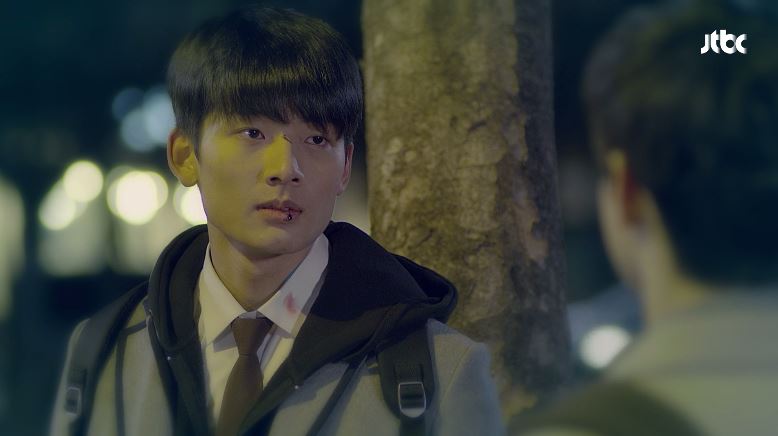 The scope of the trial is slowly expanding, and in good ways. Woo-hyuk is probably still lying about significant parts of his alibi, but he also offered a drunken glimpse of a suspicious man in his house. The arsonist, perhaps? I don’t know how that will tie in to the trial, but the many insurance policies are definitely crucial. I mean, you don’t go from a nice, giant house to a little apartment hellhole if you have spare cash on hand. A man who would beat his son would probably be capable of murdering his mother for desperately needed cash.

Asking the vice principal to be a witness for the school violence committee meeting, under the guise of giving the school a chance to represent itself, was a nice bit of trickery from Ji-hoon. My current guess is that this will point them in a direction that will lead them to Woo-hyuk’s father and the arson. But we shall see!

Hyun-min also discovered that So-woo was the original Jeong-guk Watchman and that someone else had taken up the mantel. That was a nice twist, and I do appreciate that he filled in Detective Oh on that point. But why did So-woo start the account? Why did Ji-hoon pick it up? Was it a planned transference? Why was it so important for So-woo and Ji-hoon to hide their friendships with each other from basically everyone except Ji-hoon’s father?

And just one final thing: I’m a little concerned by So-woo telling Ji-hoon that he was the one who hurt him. I’m hoping that’s a metaphorical thing, or a “I picked a fight with Woo-hyuk for you” thing. Those are both acceptable answers. I will be massively disappointed if we go with some kind of demonization of mental illness instead.