Let the game begin! And by game, I mean real-life social experiment with potentially deadly consequences. 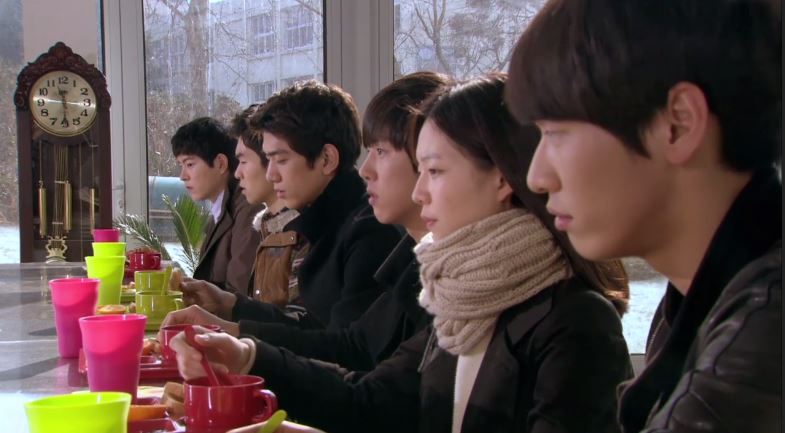 With Yo-han revealed as the serial killer and taking the students hostage, White Christmas has finally gotten to addressing its central premise head on: are monsters born, or are they made? And apparently the best way to do that is not to review decades’ worth of psychology research and debate on the nature vs nurture topic but instead to pit students against one another when failure means death. Gotta hand it to Yo-han: he’s really good at manipulating teenagers.

While the end of episode five is one of my absolute favorite scenes in this show, what really stood out to me this time around was Jo Young-jae’s character arc. The bully-is-actually-a-coward character trope isn’t particularly revolutionary (and Yoon-su spelled it out all the way back in episode four), but White Christmas makes Young-jae painfully, almost tragically aware of his revolting qualities.

The emotional (and physical) abuse he received from his mother can explain a lot of why the way he is—but it doesn’t absolve him of the many awful things he’s done to others, particularly Kang-mo. 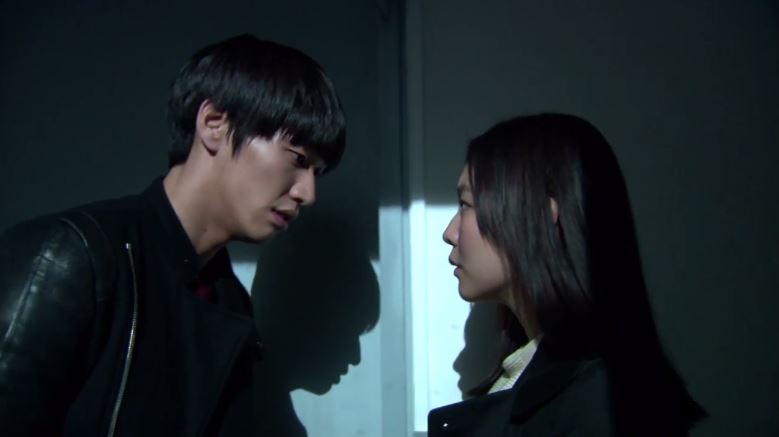 Young-jae and Eun-sung have had several antagonistic conversations with one another, each of them disturbing in their own ways. The highlight this time around, of course, is after the drunken celebration, where Eun-sung asks what she has to do to make him lose interest in her, and Young-jae tells her to “fall apart” (or “become twisted,” depending on the translation). If she would just come off the pedestal he put her on, if she were to sink down to his level, if she were actually within reach, he wouldn’t be interested anymore.

So many people in this show are obsessed with Eun-sung (or who they think she is, or who she used to be). Jung-hye is the most recent addition, who thinks Eun-sung is “pure” and “white,” who is so pretty that she should have a flower name or something more unique. Jung-hye knows almost nothing about Eun-sung other than her appearance at this point, and yet she has already built a pedestal for her. It’s fascinating to watch Eun-sung accept, reject, reclaim, and subvert the roles that others have cast her in. 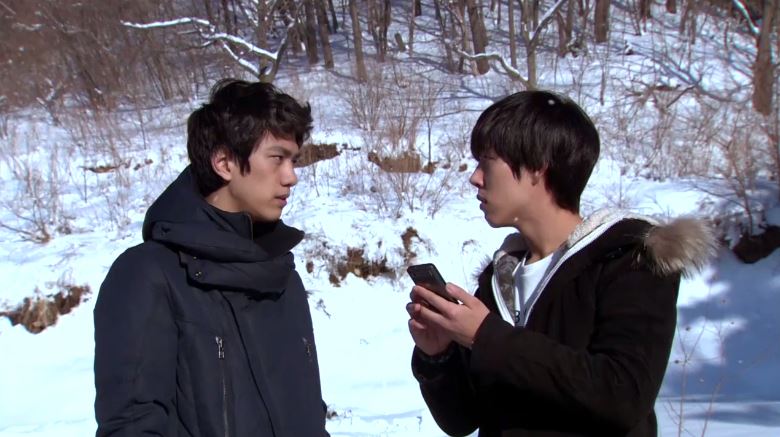 These two episodes are also the point at which I finally accepted Moo-yul’s Nice Job Breaking It, Hero qualities. He wants to be the hero, the martyr, so much, and yet his actions—especially the kind, thoughtful ones—tend to backfire on him in spectacular ways. He gives speeches on the importance of trust if they’re all going to survive, only to immediately start alienating Young-jae. He realized too late that Kang-mo couldn’t hear and that he told Jung-hye where Yo-han was. He couldn’t reach the gun in time.

Over and over and over again, Moo-yul tries to step into the hero role, and he consistently makes it worse. He’s always falling short somehow. Luckily for him, there are two episodes left for him to redeem himself.