TL;DR: Where can I get a job where I get paid to pretend I’m sleeping? 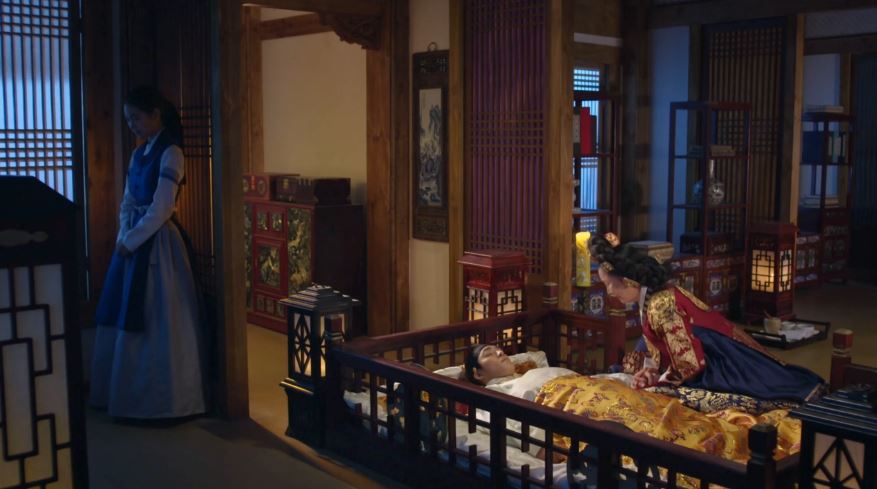 King Myungjong’s heart issues must be historical, because otherwise they came literally out of nowhere, as does the mention of his  son’s death. Still, it would have been nice to have seen him having heart pains before episode forty-three out of fifty-one, but at least they led to some interesting character moments. However, it did remind me that we’ve had absolutely no mention of Myungjong’s queen—and he has one, plus seven consorts.

Why isn’t his queen, at the very least, involved in politics? In retrospect, it’s a bit appalling that we’ve had no mention of her, especially considering we just had a mini plot arc about Myungjong wanting to make Ok-nyeo his concubine. Does the queen still mourn the death of her son? Is she as worried as the rest of the court about the fact that Myungjong has no heir? (She ought to be.) Her absence is a stunning thing in hindsight since Flower in Prison has had—in comparison to the sageuks I’ve watched previously—a wide variety of roles for women. Is the queen on Myungjong’s side? The queen dowager’s? Her own? I wish we knew.

Regardless, Queen Dowager Munjeong’s monologue to her son was a fascinating thing to watch. I think I would argue with her definitions of love and whether or not she is actually doing things for the king’s sake—but she believes it, and she is a scared, upset mother, who is being confronted with her favorite(?) child’s mortality right now. It made me a little happy to watch her get upset at Won-hyung for daring to suggest that they sort out this succession thing, just in case. Queen Dowager Munjeong may be the chief villain, but she is a mother who is fiercely protective of her child and doesn’t want him to die, no matter the political death matches the two of them have from time to time. 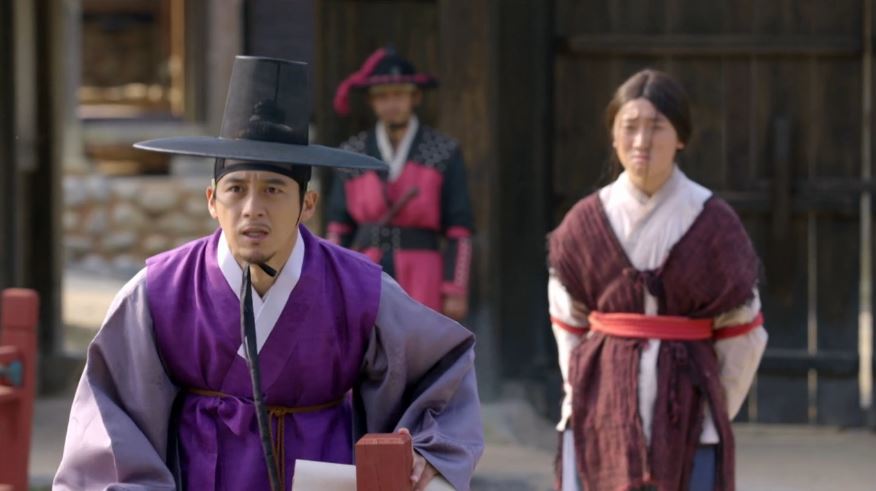 Tae-won’s performance at Um-nom’s countersuit trial, even with the judge against him, was rather embarrassing considering the care that went into Clerk Ji’s trial. Really? That lackluster mess was all you can give us for the first major setback against the new lawyer system? They seemed to be remarkably unprepared for something they’d been researching/planning for. Here’s hoping the main event will be less disappointing and that Ok-nyeo won’t have to step in to try to fix things.

(And let me tell you, I wasn’t thrilled that all four women in Um-nom’s family committed suicide and he, by happenstance, didn’t. Wow, you’re fridging four women for the sake of a glorified extra? I’m less than impressed.)

It was rather entertaining to see Tae-won back in prison again, just for old time’s sake. He has grown on me again, and it was a nice touch for him to push for justice in Um-nom’s case over his own problems before the king. 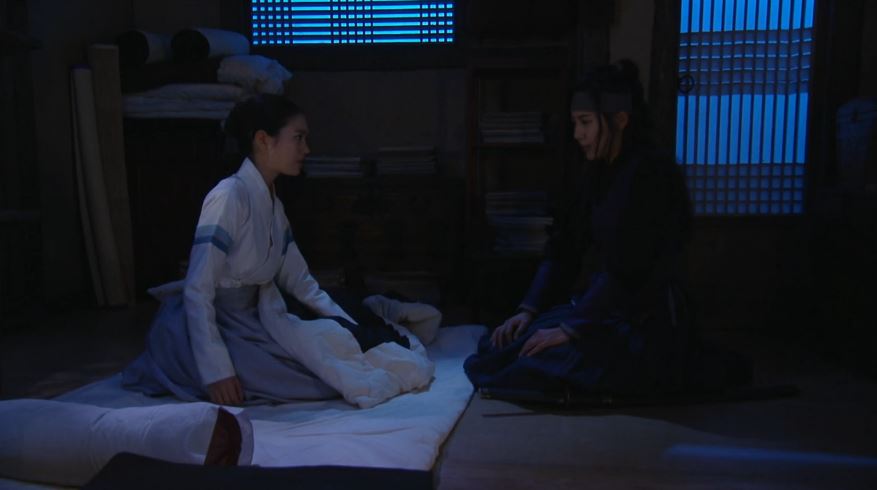 I’m less impressed with how Nan-jung has discovered that Ok-nyeo is Gab-ee’s daughter and thus likely a princess. The way things shook out with Su-ok didn’t make me happy, and I’m even less happy that she gave away crucial information about Gab-ee even though she overheard the villains saying they were under attack. Couldn’t you have lied then and taken your chances that rescue was a few feet from you? It’s also supremely lazy writing as the show has conveniently forgotten to justify her decision to go to the market instead of going straight into hiding. She was given the Idiot Ball, and that robbed our villains of a chance to rise to the occasion and earn their capture and torture of her.

It leaves all subsequent plot points with a sour tinge, even though I would normally love Sun-ho preparing to square off with a former comrade or Chu-yi being ordered to become a double agent for said comrade. Why do you have to ruin good things like this, Show?

We’ve got just six episodes left, and I’m not sure how we’re going to resolve all the plot points we have left. I’m guessing this ginseng scheme will be the final item that ruins Nan-jung’s trading company, but as for the rest, there’s still too much up in the air. Here’s hoping that the show can find satisfactory conclusions to everything else.