TL;DR: I had to take a break and play my coffee shop simulation game for a while because I was frustrated with a certain sequence of events. 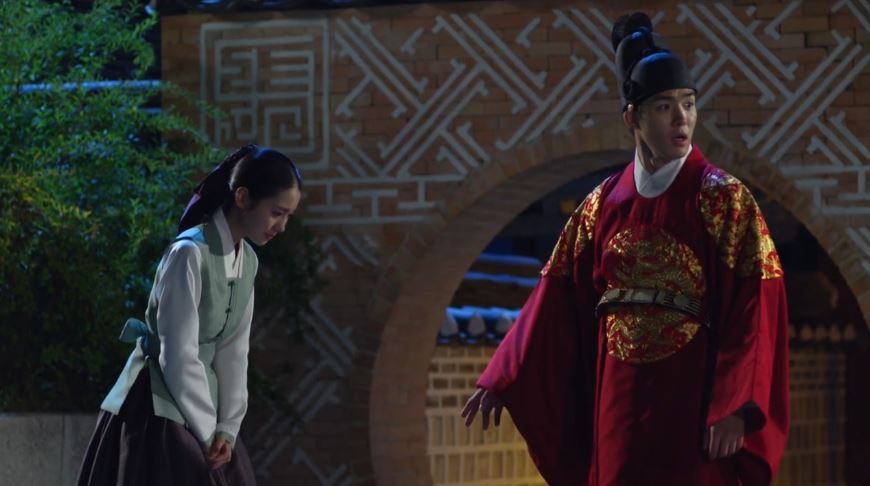 First with some good news: King Myungjong decided to reveal his true identity to Ok-nyeo. This should have happened six to eight episodes ago, but at least he finally made the decision to go talk to her. I mean, I would have preferred it if he had broken the news to her in a less dramatic fashion; however, considering he was at one point going to just spring it on her during an important rite, this is several steps down on the unnecessary drama scale.

Luckily, this also means that I can’t be too harsh on Ok-nyeo’s decision not to reveal her own royal identity. The king’s been hiding who he is since the beginning of their acquaintance. Ok-nyeo can do it for a few episodes until things calm down. We already know there is at least one mole in the king’s quarters (his chief eunuch), and the fewer people that know that Ok-nyeo is really a princess, the better. She’s not hiding it from him to preserve their relationship; she’s hiding it to protect herself partially from this impulsive king’s plans.

I am glad that Myungjong gave up on his scheme to protect Ok-nyeo by making her one of his concubines, especially since he did it without seriously pressing for an explanation from her and with an apology for hiding his status. I’m not thrilled with his royal demand for an answer, but he gets points for letting the matter go and for reiterating that he never wants her to kneel like that again. And I’ll admit, I awarded most of those points after the fact, when Ok-nyeo talked about how happy it made her to know that her brother was trying to take care of her. I’m such a sap for cute family stuff—it’s a weakness. 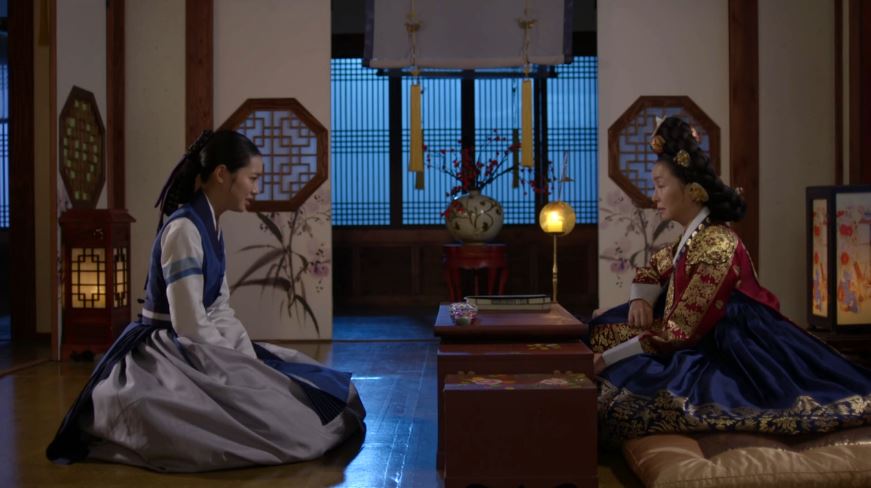 While it was nice for Ok-nyeo to hand Myungjong the Chekov’s Gun he needed to win in the border issue with the Ming, the far more riveting piece that came out of that was Ok-nyeo’s meeting with Queen Dowager Munjeong. I loved their little game of verbal chess, where Munjeong asked probing questions and Ok-nyeo had to parry with a delicate balance of truth. I loved that Ok-nyeo was able to conceal Ji-hun’s involvement in everything and managed to walk away with her head still firmly attached to her neck.

Ok-nyeo’s decision to ramp up their attacks on the bad guys is really the kick the show needed as it heads into the final stretch. The scales have started to tip in the good guys’ favor, especially since the fallout with Ming cost Nan-jung and her coerced trade partners so much money. They’ve been backed into a corner, and their desperation has forced them to take more risks, which is what the good guys are counting on. Shutting down shops in order to scrape up the last bit of capital they need for a trade deal? They really are hurting for money.

I really do have a soft spot for the cons our good guys come up with, especially the more elaborate ones. Here’s hoping the fake ginseng trade deal goes smoothly for them—it’s about time our bad guys start to suffer from blows they can’t recover from. It’s looking like the lawyering business has offered them a chance at another weak point, too, via Um-nom and whatever went down between his family and Nan-jung’s cousin. 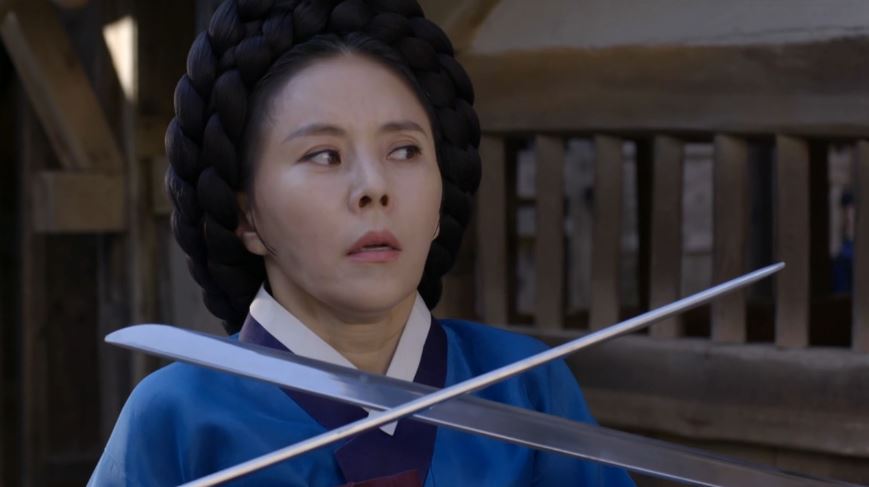 The major sour note that spurred my coffee shop simulator break was the attempted poisoning of Nan-jung. Now, the poisoning itself was great—it was more than a little terrifying to watch Jong-geum plead her innocence in the matter before Won-hyung and Nan-jung. For as much as I detest the majority of the comedy around Jong-geum’s character, I was deeply concerned that she was about to lose the game of wives through no fault of her own. Luckily for her, Su-ok made a break for it prior to the household being rounded up and revealed herself as the poisoner. That was a great scene.

Unfortunately, the whole plot line immediately took a turn for Not Great when Su-ok inexplicably had to go to the market to make a purchase of some random paper(?!) while being escorted out of town for her safety. Of course that meant she was recognized and followed by a member of Nan-jung’s household so she could get captured at sword point. *throws things* Unless we get a reveal in the next episode about what was so vitally important she had to risk her own safety, this is inexcusably lazy writing. Come on, you couldn’t have the bad guys work for that little victory? You had to make Su-ok—who had been working in that household for weeks, undercover, and has been in hiding for like twenty years because she was being hunted—do something that stupid so they could find her and torture her? Torture her into breaking and giving away information just moments before rescue arrived?

I am displeased, Show. Do try to keep it together as we head for the finale.