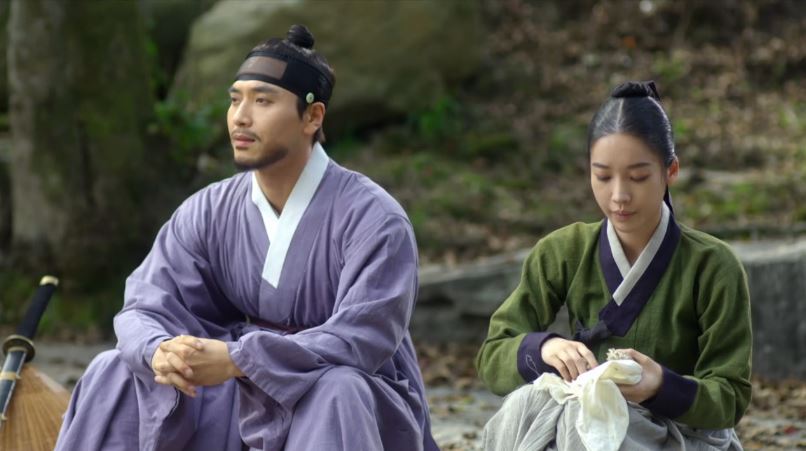 I know I complained yesterday about the slow pace of the last two episodes; these episodes more than made up for it. One of my favorite flavors of romance is definitely the doomed-from-the-start-crossed-wires-forbidden sort, which means I ate up the extended flashback in episode forty, where Lee Myung-eon was able to finally fill in all the questions about Ok-nyeo’s heritage. Oof, and what a story it was: palace maiden and palace guard fall in love, maiden sees an attempted poisoning, the slow disappearance/murder of all the other maidens, cowardice, mistimed encounters, the king’s “grace,” and the crushing realization that everything is over before it could properly start. Oh, and eventual failure and death. It made me cry, damn it, which is not what I was expecting.

I’m beyond happy that the plotting trio didn’t try to hide Ok-nyeo’s heritage from her once they had definitive proof (and didn’t tell anyone else before her). It restored my faith in them substantially, especially when they all immediately switched over to referring to Ok-nyeo as Her Highness and began giving her the most important seat, waited for her to sit before them, etc. I hope the three of you all survive the current mess so that when the time comes, Ok-nyeo will have three wonderfully loyal retainers.

Ok-nyeo’s decision to keep her heritage a secret for now is a good one, considering she is in a tenuous position right now with regards to her power base. Nan-jung coercing the merchants out from under her, coupled with the trouble in the palace means that she needs to amass power again before she can make her claim to the royal family. 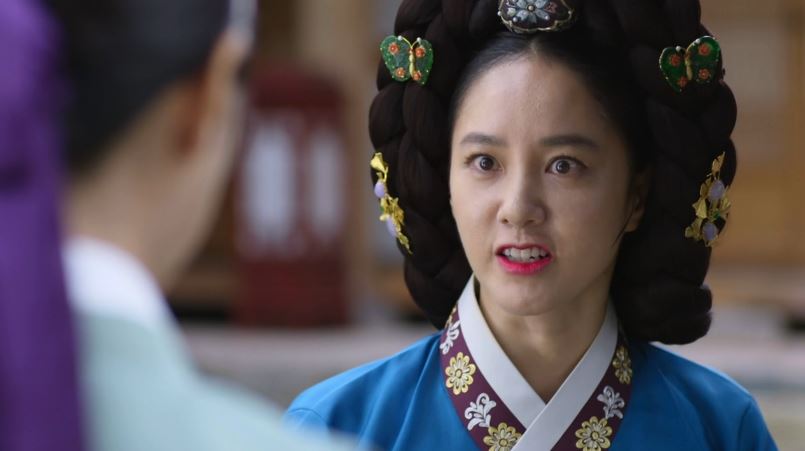 Step one in regaining power: put the fear of Jesus in Nan-jung, or whatever the Joseon equivalent of that would be. Ok-nyeo marched straight into Nan-jung’s home and threatened her with her real fortune—and what a dire one it is. Whether or not Ok-nyeo was telling the truth about having held back that information all those years ago, it doesn’t really matter. What matters is that it got under Nan-jung’s skin and made her even more furious.

And Nan-jung has plenty of reason to be angry—Ok-nyeo survived, Ok-nyeo said nasty things about her future, and Jong-geum is carrying Won-hyung’s baby and has been made the second/small madam of the household. I honestly loved Nan-jung and Won-hyung’s fight, where he threatened to kick her out if she couldn’t get along with Jong-geum and Nan-jung pointed out that it wouldn’t be the first time she had gotten rid of a woman carrying his child. While part of me will always mourn the happy villainous family they could have been, watching the two of them alternate between hating and scheming against each other and then uniting to keep themselves in power is always a fun ride.

(Jong-geum, be careful. You’ve always been played for comedy, so I don’t really think you’re in danger, but Nan-jung would be extremely happy if you were dead, and Nan-jung gets a lot of what she wants.) 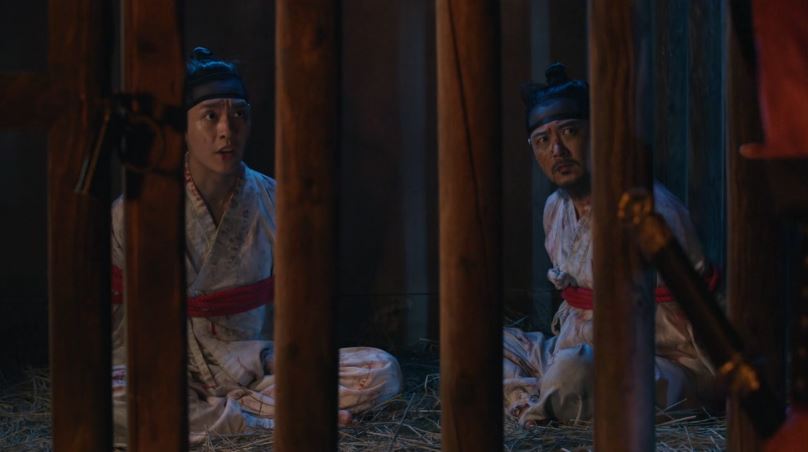 In the political arena, our villains are gaining ground thanks to the incident on the border. I wonder just how much of this is historical and how much of it is fiction for the drama, but they’ve always referred to this Lee Jung-myeong as if he’s important enough the viewers ought to know him despite his limited screen time. Won-hyung and company are doing a great job of bribing the Ming envoy into helping them take down the king’s faction.

Here’s hoping that mystery letter from Ming really will be able to save Ji-hun and Sun-ho. (Is it the Ming equivalent of a get out of jail free card?) I’m having a harder time accepting this particular Chekov’s Gun since it was so vague beforehand. But hey, if it saves some of our good guys, I’ll only side eye it a little.

There were three other tiny things that made me happy in this episode: 1) Clerk Ji and Yoo-geum are getting married, because why not? 2) MATCHING SPY OUTFITS for Ok-nyeo and Chu-yi, and 3) Ok-nyeo finally knows that the king and the secret inspector are one in the same, thank god.