It’s fun to encounter a group you were unfamiliar with, especially when you also happen to like their latest release. Pentagon’s “Can You Feel It” got on my radar yesterday. I know basically nothing about this group–(I’m not sure why there are ten guys when “pentagon” is a five-sided shape, but it’s far from the most bizarre kpop group name I’ve encountered, and ten is a multiple of five, so.)–and this is the only song of theirs I’ve heard. But it’s a fun, catchy song, one that is tempting me to look into their previous releases, so it earned today’s music slot. 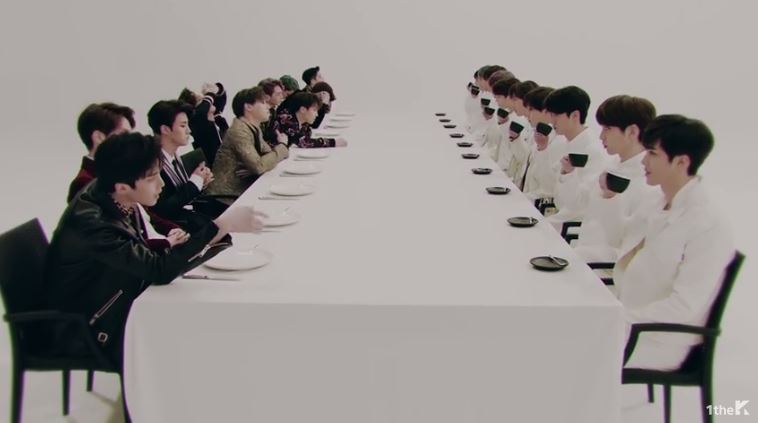 The song is a fast-paced, aggressive one, with lyrics that alternate between being arrogantly confident about the listener’s feelings and being nervous/anxious about not having an answer yet.   I’m not a huge fan of some of the sound effects/background noises in the song, but I’ll grudgingly admit that they do enhance the drum line theme they’ve got going on in the MV. (They’re also slowly growing on me.)

If I had one wish for the MV, it would be that it calm down for more than five seconds so I can actually see what’s going on in the dance. I’m sure I can search for a practice video or a showcase or something, but still. They’ve got some pretty intricate moves–I think. It’s heard to tell when we’re being weird with colors, angles, and perspectives.

Nonetheless, it’s a solid song, and there will probably be a couple YouTube searches in my future to see what else they’ve got.

Buy Song on iTunes || Buy Album on Amazon
The above links are affiliate links to iTunes and Amazon. By purchasing through these links, you help support this blog at no extra cost to you.