TL;DR: So, it turns out that allowing the accused counsel at trial actually helps prevent grave miscarriages of justice. Imagine that! 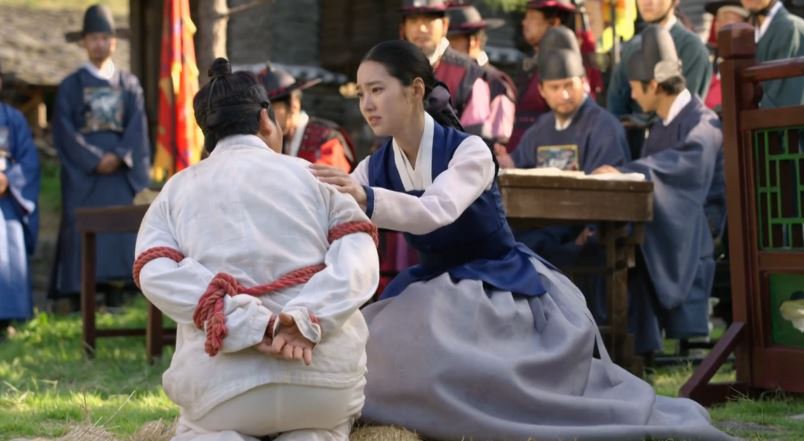 I know human rights aren’t really a thing right now, but holy hell, the first part of Clerk Ji’s trial really was a mess. From the minister shouting at him about daring to speak at his own trial (?!?!) to an utter lack of substantive questioning for any of the people involved. Thank goodness the minister listened to reason and actually seemed to care about being competent at his job once someone point out how deficient he was, but I hope that was a reminder to him to get his life together ASAP. When someone’s life is on the line, you’d better make sure the government investigation isn’t a circus.

(Oh, and thank you for both punishing Clerk Ji for what he really did to wrong and for demoting the corrupt police captain. Those were both good things.)

It was great to see Ok-nyeo step forward and defend Clerk Ji. I honestly love that she continues to stand up for the poor and the weak and to work for justice and to root out corruption. Watching her systematically point out the flaws in the police bureau’s investigation was lovely. And I really liked that Tae-won passed on the strategy he had gotten from an old lawyer to her so that she could use it to help her win. I think I’m finally ready to forgive Tae-won now. I find it slightly suspect that he suddenly reveals his childhood lawyer-dom dream, but hey, whatever. If you and Ok-nyeo can both widen your scope for justice beyond just the wrongs perpetuated by Nan-jung and company, that would be great.

It’s a bit ridiculous that it has taken nearly three-quarters of the way through the show for us to get to the actual lawyering, but after seeing the many, many times people have been screwed over by the current system, it’s nice that we’re on our way to making some concrete changes. Maybe. 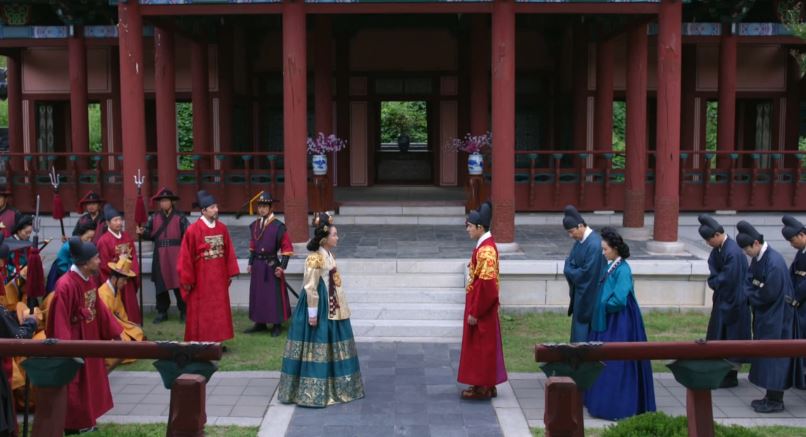 One of the more interesting things in these episodes was the showdown between King Myungjong and Queen Dowager Munjeong over the Rites Bureau and the extermination ceremony. It was a great, two-level political fight, where on the surface level they were getting into philosophical and religious arguments re: Neo-Confucianism vs. Buddhism, while the deeper level was about each faction’s control of palace life and the government. Myungjong’s willingness to arrest the people who defied his orders was breathtaking. While his power base is still shaky, this showdown was another victory for him.

How long that victory will last is uncertain. The queen dowager’s strategies for wielding softer power are fascinating—she uses her health as a way to express displeasure and make waves through the court. When will the Rites Bureau officially be dismantled? How will she retaliate for it?

I am far less impressed with Myungjong for meeting with Ok-nyeo outside the palace. Did we or did we not have a serious discussion about this last week? I thought you were going to reveal your true identity to her? And yet you force her to meet you outside, just so she can get spotted by her spiteful boss and outed to Nan-jung, Won-hyung, and your mother. This won’t go well for Ok-nyeo—no matter how much the queen dowager likes her, Ok-nyeo just rocketed to the top of her threat list. *shakes fist at the king* 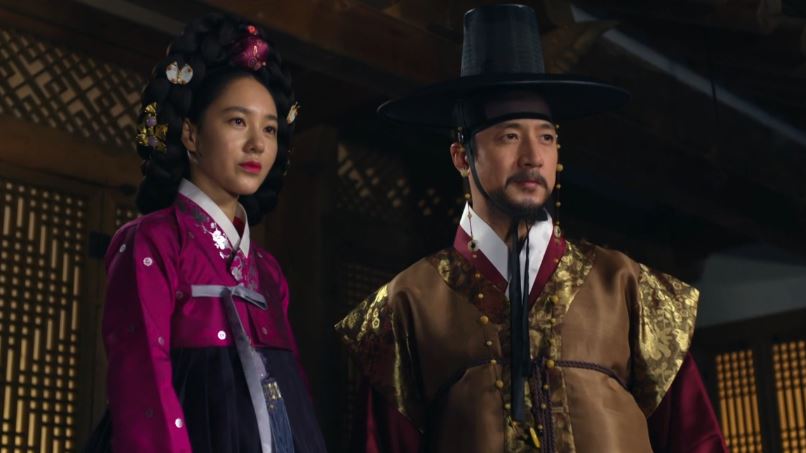 I’m curious to see how the next few episodes go. If the queen dowager turns on Ok-nyeo, as I expect, that will undoubtedly force Myungjong into revealing himself, right? I mean, he can’t fail Ok-nyeo twice, especially not when he is definitely the one to blame for her getting outed because he wouldn’t tell her who he was because the plot demanded it for inexplicable reasons. Time to gather up your courage again and get into another royal shouting match with your mother.

I wonder if Nan-jung really has forgiven her brother and Dong-joo for stealing from her, or if their immediate crisis outweighs her need for retribution. (For the record, it was quite sweet of her brother to take the blame for that one.) My current bet is on her coming back to get her pound of flesh for them later, if only because she has been extremely irritated with how things have gone in her own household lately.

(Frankly, I’m surprised that Jong-geum managed to keep her head. Slowly breaking her via the worst of the manual labor might satisfy Nan-jung’s inner sadist, but the smarter thing to do would be to murder her and dump the body somewhere. Jong-geum was not equipped to play the game of wives at all.)

I’m probably getting my hopes up about Chu-yi as Ok-nyeo’s secret bodyguard, but I would love it if she and Ok-nyeo became besties. Ok-nyeo doesn’t have any female friends! Surely she could relate to another former secret intelligence agent! They could hang out and fight back to back when they’re inevitably tailed and dress in matching outfits for spy missions. Please, Show, will you give that to me?