TL;DR: For once, the misfortune befalling our good guys does not appear to be the result of a targeted attempt to take them down. Clerk Ji was just the most convenient scapegoat. And while I have some gripes about how this particular mini arc was set up, it does mean that we finally, finally have mentioned the lawyer-esque position that the original synopsis promised us Ok-nyeo would eventually attain. 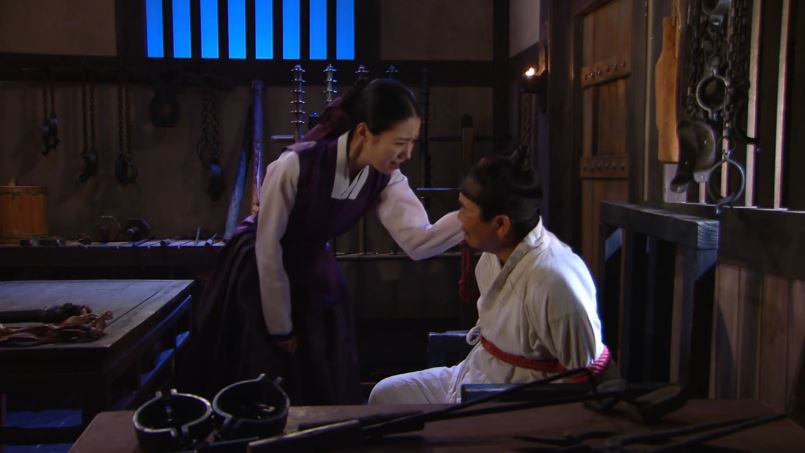 It’s no secret that I have problems with the “comedic” characters in this show, but Clerk Ji’s saving grace has always been his love and genuine care for Ok-nyeo. (And his inevitable honesty when it comes to her.) Consequently, I actually felt bad for him when he was accused of, arrested, and tortured for a murder he didn’t commit. I have no doubt that Ok-nyeo will prove his innocence (really, Show, don’t fail me on that one), but it was still a little distressing to watch how upset everyone was. The scene where Ok-nyeo snuck into the prison to see him was rather touching.

On the other hand, I don’t think this mini arc has been set up well. I’ll admit that I’m fuzzier on the details in the earlier episodes, but I have absolutely no recollection of this Jin Soo-myung character hanging out in Nan-jung’s trading group before. So far as I can tell, he materialized out of nowhere for two minutes just so he could get killed and set up Ok-nyeo’s introduction to the office/practice of lawyer-dom. I’m disappointed because this show has otherwise been remarkably good about planting seeds (e.g., the hairpin, multiple uses of poison, the queen dowager’s good relationship with Ok-nyeo, Ok-nyeo’s face reading, etc.) earlier on so they can bear fruit later. Technically, Clerk Ji’s gambling is a callback, but I don’t think it was ever framed as a problem or something that had put him in significant debt.

Still, it’s interesting to see that there is, in fact, a bit of a break between Nan-jung and Dong-joo. Mmm, what will Nan-jung do if she finds out that you’ve been siphoning money from her, huh? 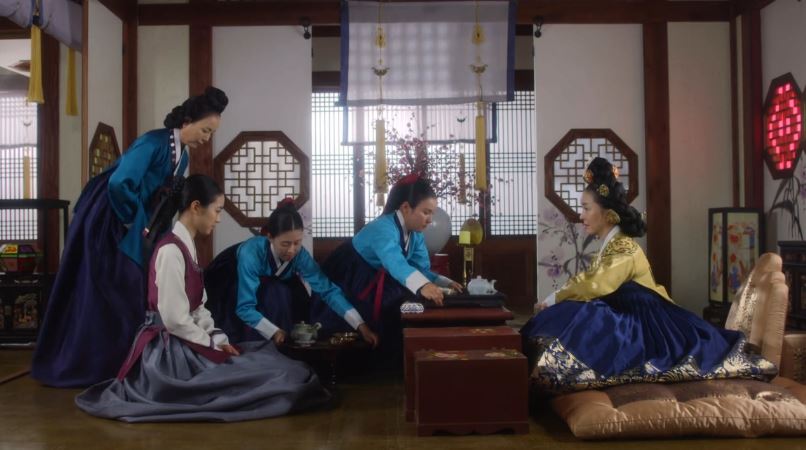 One of the things that delighted me the most in this episode was the reminder that Queen Dowager Munjeong is actually super fond of Ok-nyeo and trusts her. (Choon-soo groveling, terrified, because he had to confess to caving to Won-hyung’s pressure back in episodes 20/21  was very satisfying.) It was hilarious to watch Ok-nyeo bullshit her way through the conversation with the queen dowager, as the queen dowager tasked Ok-nyeo with finding…herself.

At least that eventually led to the queen dowager telling Ok-nyeo the hairpin’s significance as an “I hit that” sign left by the king. King Myungjong, the two court ladies, and the former secret intelligence leader all knew and kept it from Ok-nyeo, so I’m pleased that she eventually found out independent of all of them. (Since Ok-nyeo is a far kinder person than I am, she will probably forgive all of you; I, however, will hold grudges.) It’s looking more and more like Ok-nyeo is actually King Myungjong’s half-sister (oops, my bad with the royal lineage stuff), but we still need to track down Lee Myeong-hwan, the former captain of the palace guard, for official confirmation. (Is he the dude that got murdered in the first episode to protect Gab-ee? Or was that just a very loyal underling? If so, where the hell did he end up for twenty-some years?)

It was also fun for Ok-nyeo to issue another declaration of war against Nan-jung. Yes, Ok-nyeo, you can amass your own power and take Nan-jung and Won-hyung down without tattling to the queen dowager. I believe in you! 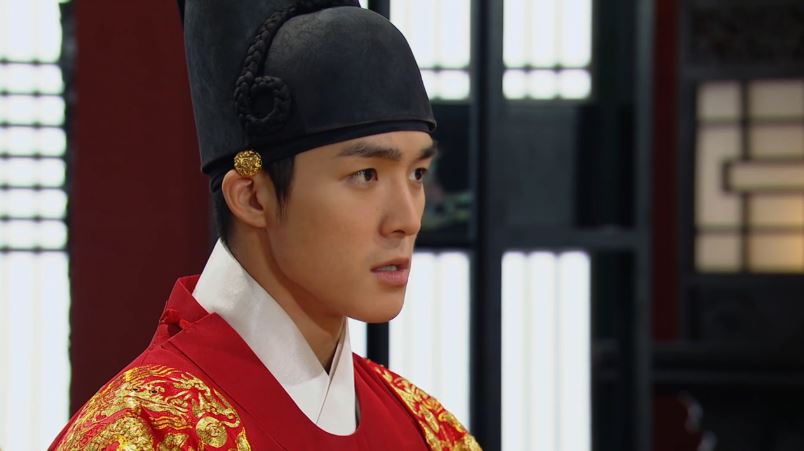 The politics are both more and less interesting than I’d hoped they’d be when we moved the central action to the palace. My lack of Joseon-era history is really taking its toll—I just don’t get why some of these moves are as important as everyone is making them out to be. Like, cool, the Rites Bureau is a thing, but even after it and its ceremonies were used to isolate the king a couple episodes ago, I don’t even know if it actually will be dissolved and, if so, what kind of fallout there was from its dissolution. Should I care about this move in particular? Is it actually a  historical event? If so, how does it compare to the king getting power over the personnel appointments? Was that even historical?

Tae-won is slowly redeeming himself by respecting Ok-nyeo’s space, not pushing feelings everywhere, and working behind the scenes to help Clerk Ji. Please continue to not screw this up. Also, I’m sorry I called your two lackeys snitches last time. It’s good to know you have loyal guys who will act as double agents. 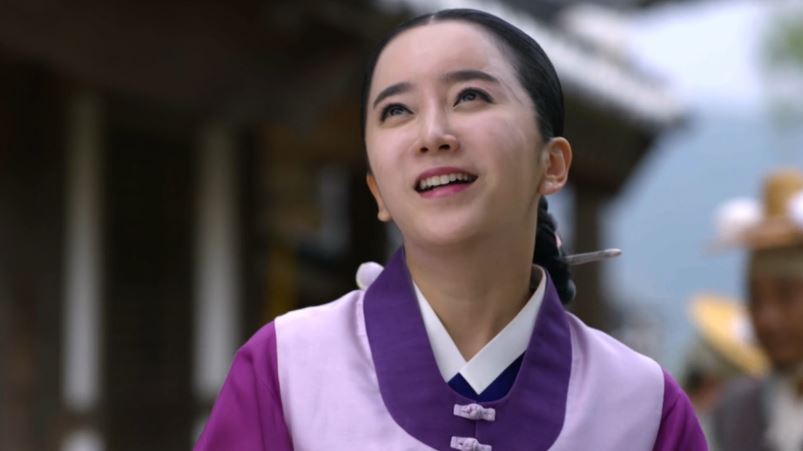 In less-than-good news, Jong-geum is going to get herself murdered by Nan-jung. On the one hand, I’m impressed by her ambition and determination; on the other hand, there is no way in hell Jong-geum is equipped to play the game of wives. The “flirting” between her and Won-hyung was overly comedic and truly cringe-worthy.

And in even worse news, Jong-hwe and Dae-shik are still wastes of oxygen. If this show doesn’t end with them in prison and the beleaguered Lee Hyo-sung as the new guy in charge of the Jeonokseo, I will throw things.