TL;DR: All (okay, maybe not all) of the secrets are being revealed, and yet somehow Ok-nyeo is still the one most in the dark. This displeases me. 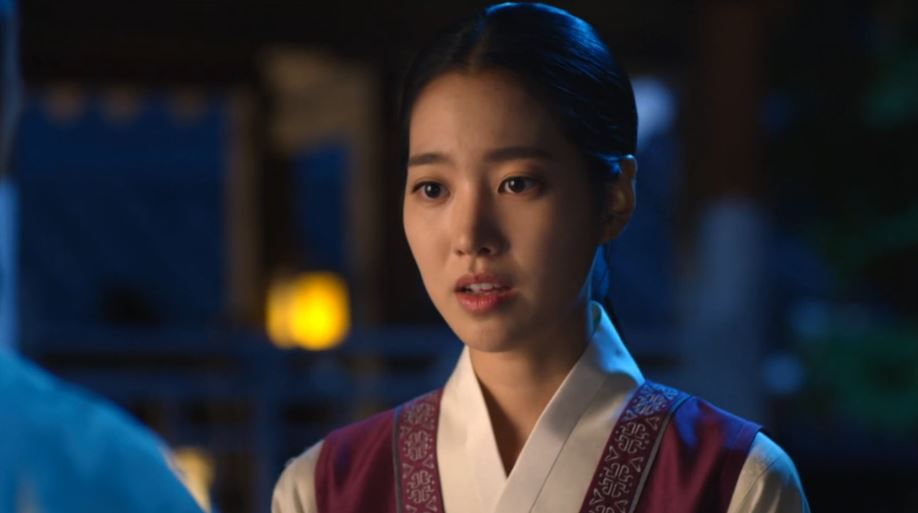 The longer King Myungjong pretends to be a secret royal inspector, the more irritated with him I grow. Look, I get it, your disguise to walk amongst the people was an important thing for you, especially since your mother has worked very hard at controlling all of your information and who you have access to. I can’t fault you for sneaking out and lying.

But there comes a point in this charade where it strains credulity. While it’s funny on one level to watch Myungjong flail about as his haphazardly crafted persona threatens to split at the seams, on another level it is entirely un-funny because it makes Ok-nyeo appear to be unobservant, naive, etc. when she flat out doesn’t register how flustered and off-kilter Myungjong, Sun-ho, and Jung-myeong are. Come on, Show. Don’t sacrifice your leading lady’s secret-agent-level guile and general ability to notice suspicious goings-on in order to make the audience laugh. That’s cheap and unacceptable. Do better. 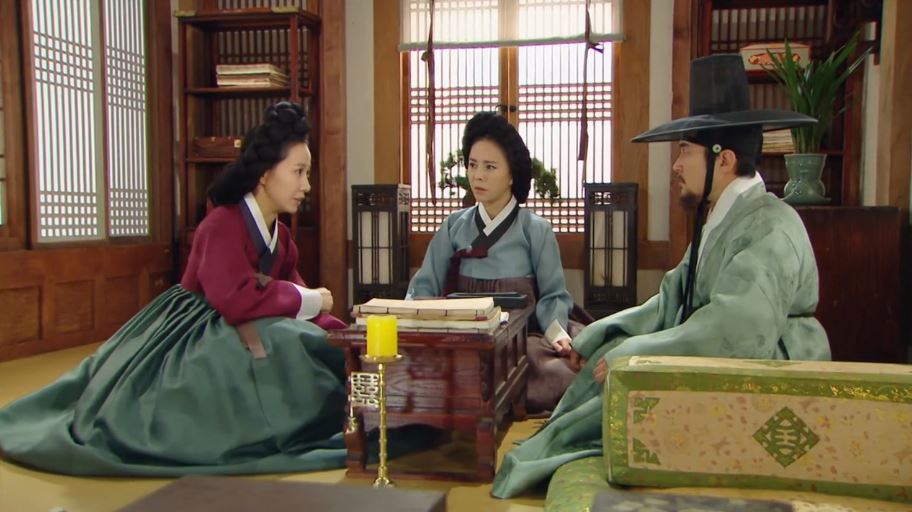 Meanwhile, Lady Han, Lady Min, and Sun-ho have made significant progress chasing down the truth behind Ok-nyeo’s birth. The fact that there’s a secret about it at all, combined with murder and royal poisoning definitely points to the direction of secret princess. Especially since Myungjong really hasn’t developed any romantic feelings toward Ok-nyeo. It would be a bit awkward for a modern audience if she turned out to be his niece (if I’m understanding the potential royal lineage correctly). Not that that has stopped historical figures before.

I rather liked Lady Han’s tearful confession to Myungjong about the murders of the palace ladies. We know Myungjong is a good guy, so of course her tearful pleas for him to kill her won’t actually bear fruit, but the scene played out nicely. I’m less enthused with the way this show is determined to keep information from the audience. Come on, why are you cutting out just before Mother Gaedon reveals the last things the Gab-ee said? To keep us in suspense—not that it would be that big of a surprise at this point, all things considering. I just want confirmation.

Okay, scratch that, I want confirmation and for someone to finally tell Ok-nyeo what the hell is going on. 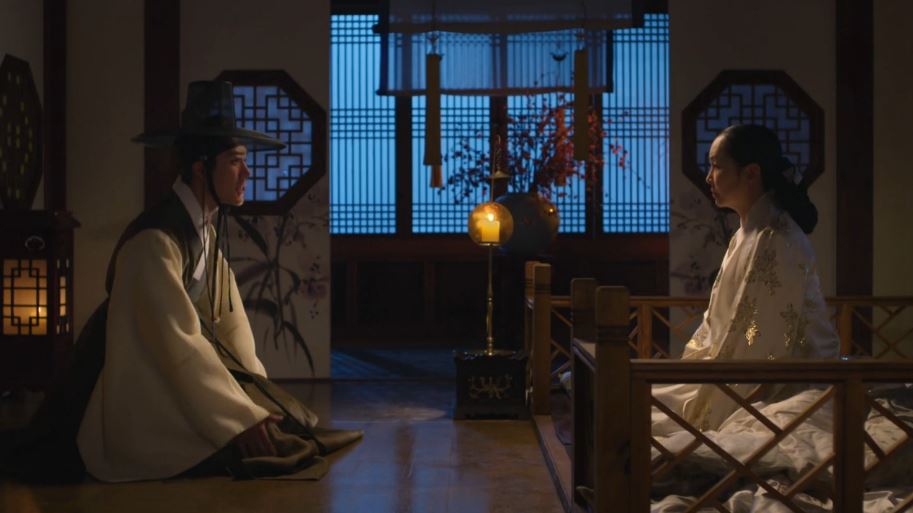 The most powerful arc in these episodes was Myungjong being told the truth about what happened to all the palace ladies who served the former king and how that led him to confront his own mother. While I am, in general, not a fan of drunk men going into confrontations, what kept it from crossing into menacing territory was that he still approached her respectfully, sat in front of her, and was really just…overwhelmingly sad and horrified and disappointed.

Sure, it’s one thing to know that your mother isn’t the gentlest of rulers, but it’s not like she’s an outlier when it comes to treating the people badly. And you can forgive her for manipulating you, probably. But to find out that your mother attempted to murder the half-brother you seemingly adored all in order to put and keep you on a throne you’re not sure you particularly wanted? And then murdered dozens of innocent women in order to keep it a secret? That’s a new level of monster to reconcile with.

And as of right now, his love for her outweighs what he ought to do. What justice would demand. How long will that hold? How many more casualties will she create before he is ready to stop her, Won-hyung, and Nan-jung?

I’m going to savor Team Evil’s panic for a while, honestly. It’s nice to see that the tides are starting to turn against them. Undoubtedly they’ll have a few more victories before the show is over, but for now their genuine fear is a treat. 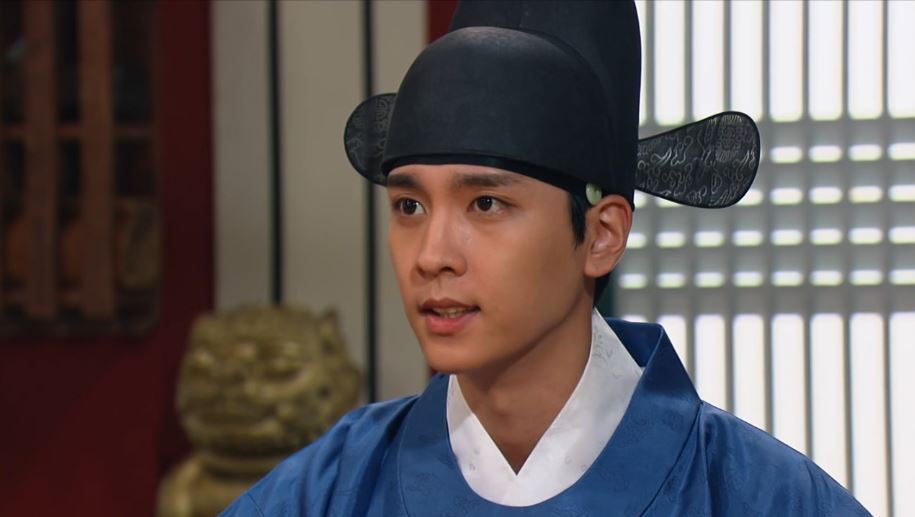 The more involved we get with palace politics, the more complicated it becomes. I don’t know if we knew the king’s eunuch was a snitch before, but he is definitely a snitch now, as are Tae-won’s two government assistants. Here’s hoping that Ji-hun’s new post in the palace will actually help the good guys. There are just so many people who are beholden first to the queen dowager’s faction that I can’t imagine how difficult it would be to oust everyone who isn’t loyal to the king. Best of luck, sir.

I’m not sure exactly how Ok-nyeo’s going to run a trading company as the sole head and still fulfill her duties in the Ministry of Rites, but it’s not like other characters in this show haven’t juggled more jobs at the same time. It is satisfying to watch her stay one step ahead of both Nan-jung and Tae-won when neither of them know it is her. 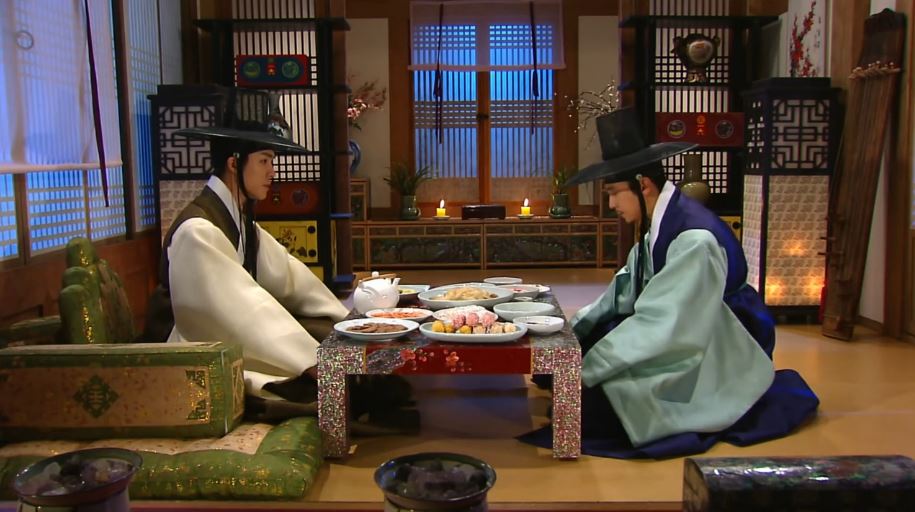 Speaking of Tae-won, I’m glad that he is still acting in Ok-nyeo’s best interests. He doesn’t try to tell the king to back off of the woman he likes—he just tells the king that he’s being followed and Ok-nyeo’s life is in danger, so he needs to think first about protecting her. That’s a level of mature above and beyond many kdrama heroes I have had the misfortune to watch. I’m slightly irritated that he still hasn’t told Ok-nyeo who the king really is, but—you know, royal decrees and such. Since it’s only a matter of time until Ok-nyeo finds out, my hope is that Tae-won will continue to be reasonable when Ok-nyeo rejects him and that he will not act out of petty jealousy. Ok-nyeo is willing to listen to him, but only if he tells her the whole truth. Until that happens, please continue to respect her decision to distrust you and respect her hurt re: the fact that your father murdered her mother. (That was an unpleasant bombshell.)

Tae-won also keeps weaseling his way out of trouble with Won-hyung. It’s getting a little old, though. Not that Won-hyung has always been the brightest, but at some point he has got to admit that Nan-jung was right and that he shouldn’t have taken Tae-won in. Right?