We’ve got three new kdramas airing in December, and they’re all wildly different. The one that has all of my attention is Solomon’s Perjury–and so far, it’s also the only one that doesn’t seem to be licensed yet. (Edit: Viki has announced the license!) You can see December’s schedule on the drama calendar. 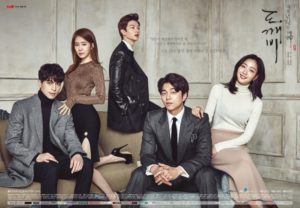 Summary: Kim Shin is a goblin who has been cured to an eternal life and needs a mortal, human bride in order to shed his immortality and finally die. Ji Eun-tak, a high school student, believes that she is his moral bride, but she carries with her the fate of someone who should have died. Shin’s wish to die gets complicated when he actually begins to fall for Eun-tak. Wang Yeo is an grim reaper who lives with Kim Shin, and he falls for chicken shop owner Kim Sun. Yoo Duk-hwa is not only the heir to his chaebol family’s wealth but also to his family’s responsibility to take care of Kim Shin. 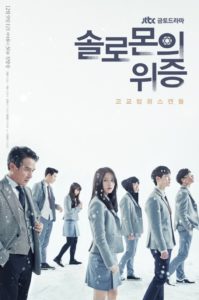 Summary: Bae Joon-young stumbles across the body of his friend Lee So-woo on Christmas morning, and the police quickly rule it a suicide. But on the day of the funeral, fellow student Go Seo-yeon receives an anonymous note claiming that So-woo was actually murdered. When the school administrators and police refuse to look into So-woo’s death any further, Seo-yeon and her classmates decide to take matters into their own hands,. Their investigation threatens to unearth information that others would prefer be kept secret. Solomon’s Perjury is a remake of two 2015 Japanese films, which were in turn based on the novel Solomon’s Perjury by Miyuki Miyabe. 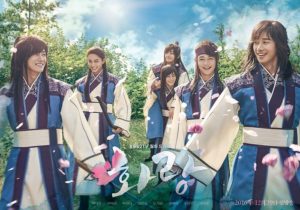 Summary: Hwarang, an elite group of (beautiful) warriors, serve the Kingdom of Silla. Moo Myung, Sam Maek-jong, Soo Ho, Ban Ryu, Yeo Wool, and Han Sung are joined by a young woman named Ah Ro, and together they will leave their mark on history.

Which dramas are you going to check out? Let me know!