TL;DR: It is always a pleasant surprise when a show exceeds your expectations, and This Week My Wife Will Have an Affair is (so far) clever and entertaining. Here’s hoping it lasts. 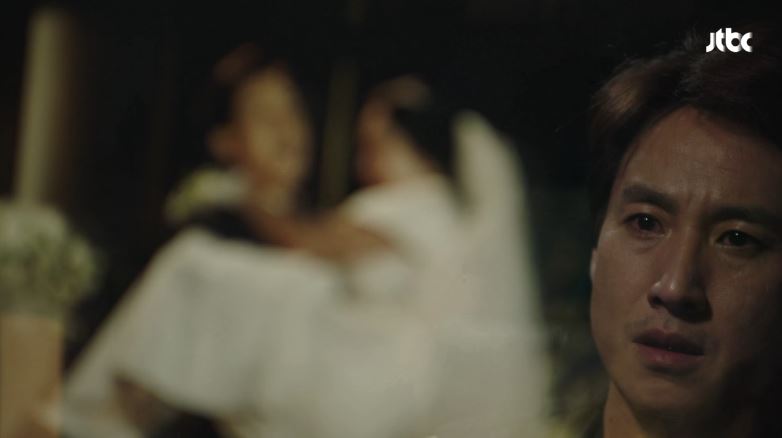 It has been a long time since I’ve watched a drama with such a tight point-of-view. Sure, we do get occasional scenes that Hyun-woo isn’t privy to, but this is unquestionably his story. We get all of his thoughts and all of his social media use—I absolutely adore how social media is being used in this show, for the record. The writer, the PD, and the cast are on the exact same page when it comes to this drama, and that page is that Hyun-woo is driving himself to distraction over the possible infidelity of his wife.

The moment when Hyun-woo sees the possibly incriminating messages is brilliantly done, as is the way they come back to haunt him as the day goes by. Everything in his life starts centering on infidelity, from his friend’s boasting about tricks he uses not to get caught, to generic infidelity stats/behaviors, to his own insecurities about himself as a husband and a father. Watching his slow descent into fear and suspicion is fascinating (and even funny sometimes!). My one complaint about this is that we haven’t gotten much information about how Hyun-woo and Soo-yeon got together and fell in love, but with how the team has handled the show in the premier, I’m hopeful that we’ll get more insight into the couple soon. 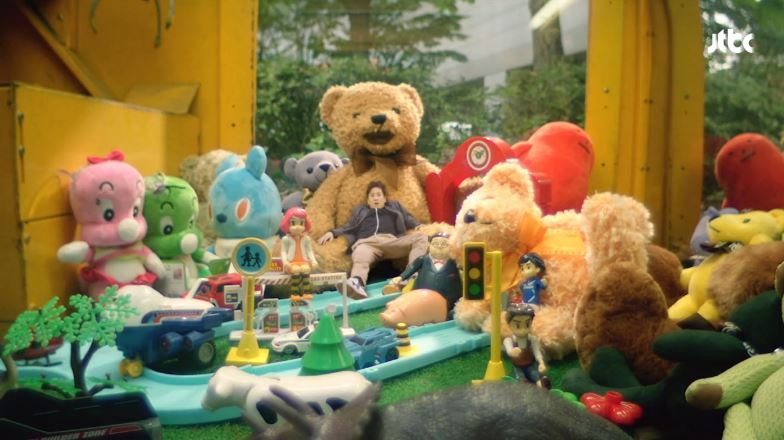 The opening scene—Hyun-woo obsessively trying to get a teddy bear from one of those claw games—sets the perfect tone for both his character and the show. He feeds bill after bill after bill into that game, carefully digging out the teddy bear he wants, piling other toys to create a ramp he can drag the teddy bear up, and then, at the last moment, he becomes complacent and abandons the game temporarily to take care of his own needs. And in that handful of minutes, someone else steps in and gets what he has worked so hard to obtain.

The analogy is purposefully imperfect, of course, because Soo-yeon is a person and not a prize, and that sets up the hints that it is likely Hyun-woo has forgotten that. He has set Soo-yeon up on a pedestal of perfect wife and mother and has forgotten that she is not a trophy but someone with her own wants and needs.

A careful viewer already knows that Hyun-woo’s opinion of his marriage doesn’t match exactly with what we’ve seen so far. They’re smaller, subtle things, like how Hyun-woo immediately latches on to the broad generalizations about how women change when they’re having affairs and applies them to Soo-yeon. It makes it seem like doesn’t actually know his wife very well.

So what if she got a new, sexy bra that is still in a fancy box? She has an entire drawer full of (in my opinion) really cute bras, and she’s such a put-together and financially secure lady that I’m sure she’d toss out anything wearing out and replace it. Of course she kept receipts for any new shoes/clothes/underthings—do you have any idea how much they cost? Maybe she’s not sure she wants to keep them and will take them back. So what if she got dressed up for a farewell dinner out? Sometimes it’s nice to look nice! Especially if you’re not sure you’re going to see a friend again for a long time. And if I had a child who constantly played with my phone when they were explicitly told not to, I’d switch up the passcodes, too, especially if there was anything work-related on it.

Hyun-woo isn’t latching onto any Soo-yeon-specific behavior changes. The texts so far have been his only real indication that anything could possibly be up, and if something is up, that means that Soo-yeon has the best poker face in the world or that Hyun-woo is far less attentive than he thinks he is.

Come on, dude. Taking your child to the bus stop and occasionally doing the dishes or taking out the trash doesn’t get you any extra wonderful husband points. That’s just you taking care of your share of the responsibilities of having a family. Forgetting to pick up your own child appears to be a fluke, but that isn’t the greatest look for you, either, especially not when she has to take care of it. 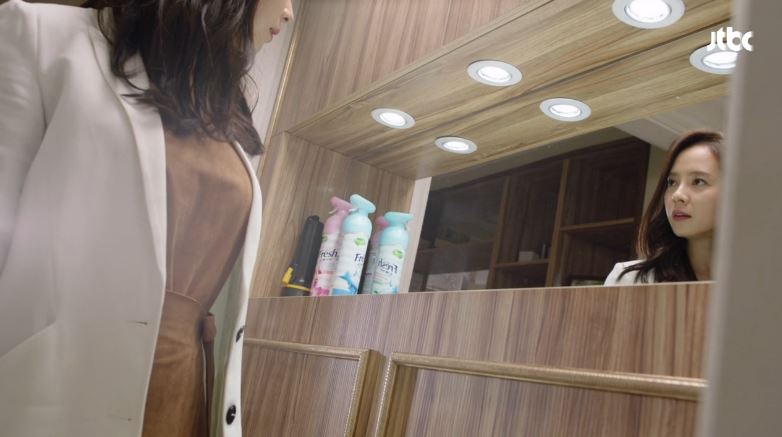 So is Soo-yeon cheating? I don’t know. Right now, Soo-yeon is deliberately a closed book. While we’ve seen her occasionally apart from her husband, we haven’t seen her social media like many other characters or heard her inner thoughts like we have Hyun-woo. The director is definitely upping the ambiguity of it all with how she gets framed in the shots. (And that scene with her shaking the mysterious car guy’s hand and giggling about it…)

I’m leaning more toward Soo-yeon either being in line for a promotion or her team getting assigned to a project for a major client or trying to woo a client. Any of those would be good reasons for to be putting in more face-time at the office, working longer hours, and dressing up (more than usual?) for company outings. Either of those might be reasons for keeping it quiet, even from her husband: so she doesn’t get his hopes up for something that doesn’t happen or because of company policy/NDAs.

But she could be cheating, too. It’ll be interesting to find out which it is.