Roughly half of my department was out today, either regularly scheduled, on business trips, on vacation, or (as usual) front-loaded their hours so they could bolt early. Consequently, the office got really quiet the closer we got to five, and I was desperate for a song to give me a little energy boost so I could make it out of there alive. The song that got me through the long afternoon was “Dumb Dumb.” 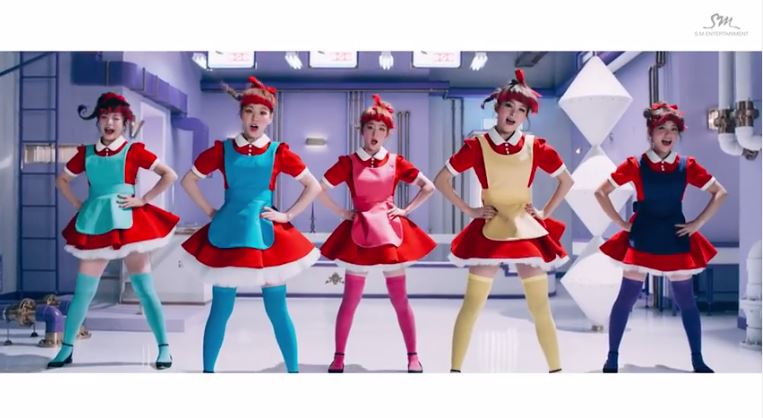 “Dumb Dumb” is a catchy, fast-paced song about how awkward it is to be around your crush. Forgetting how to breathe, your body won’t do what you want it to, the way your mood jumps all around–it’s all there along with a bunch of out-of-the-blue references on Michael Jackson songs, because why not? The song has great momentum (which doesn’t get killed by  either the rap or the bridge, which is a feat in and of itself sometimes), and there are some really fun vocal bits, too.

The MV, though, is a whirlwind of dizzying kaleidoscope scenery, vibrant block colors, automaton/factory imagery, and a bunch of (so far as I can tell) really random objects. If there’s some greater meaning beyond it all, I honestly don’t know, but it’s fun to watch and re-watch and try to figure out what the hell is going on. Go on, give it a listen–it’ll be a good way to end your week.

The above links are affiliate links to iTunes and Amazon. By purchasing through these links, you help support this blog at no extra cost to you.