TL;DR: This show somehow thinks that possessing similar traits is more important for building a relationship than actual time spent interacting, and I’m not buying it. 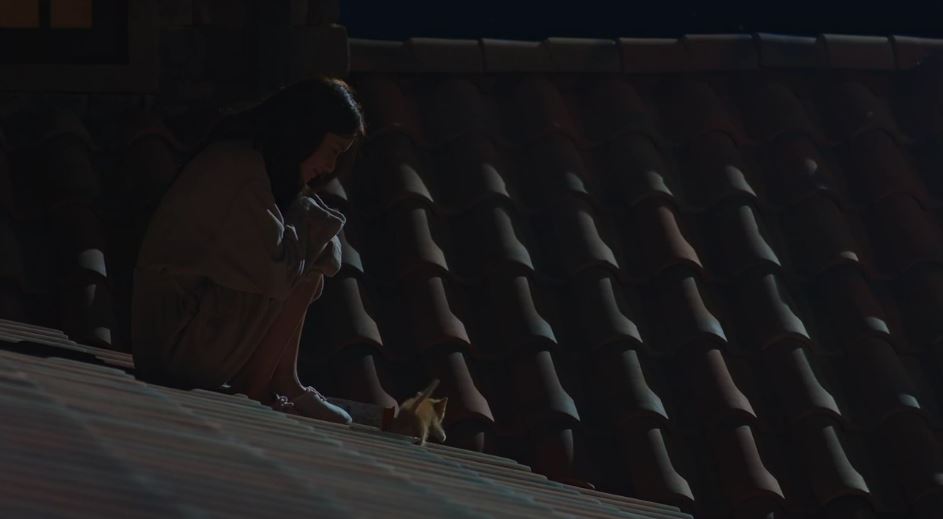 At this point we are roughly a third of the way through the drama, and this show wants me to believe that Anna and Jae-ha have some kind of special bond since they’re both kind to starving kittens. Look, I don’t even like animals all that much, but I’d still be hard-pressed not to feed that tiny thing if I could. That doesn’t make me a good romantic option for either of these characters. It isn’t enough that Jae-ha laughs to himself about how clever Anna is with the electric blanket or to be agonized on her behalf when she doesn’t know about the gas valve and can’t have her ramen. That’s nowhere near a positive relationship, much a less a relationship that deserves the OTP music treatment.

Anna knows next to nothing about him. She isn’t sharing the kitten-feeding, ramen-loving parts of herself with Jae-ha—he’s being a voyeur, a Peeping Tom, he’s stealing these glimpses of her and building a “cute little shut-in” fantasy about her while somehow glossing over the fact that his job to make sure that she has virtually no privacy and that she can’t leave. The things he’s learning about her might actually make my heart melt if she had invited him in to witness them; but she hasn’t, and that just sours this whole thing. I totally cheered when Anna blocked the camera and then was displeased when Jae-ha found a way around it. She didn’t want you spying on her, asshole. 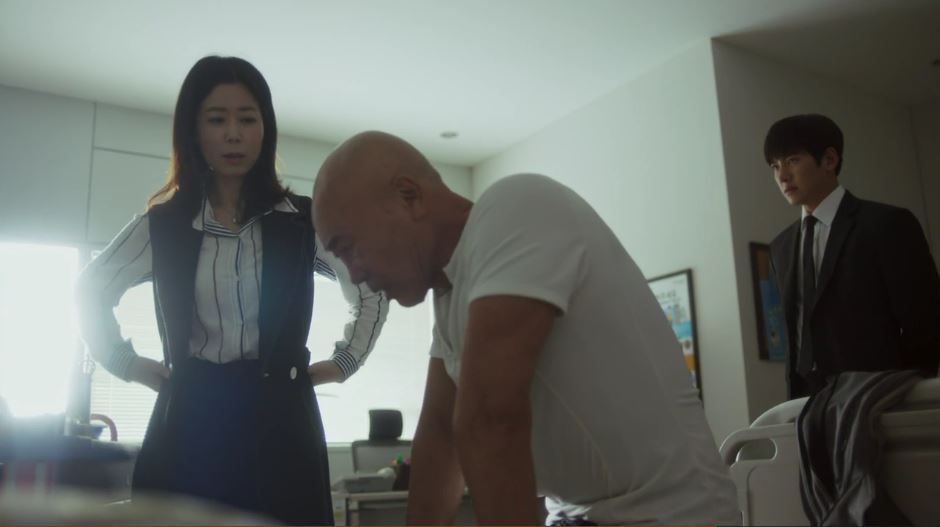 One of the things I continue to hate is basically the entire existence of JSS, or more precisely, the huge discrepancy between their self-proclaimed “best private security force in Korea” and their actual employees and their security tactics. The show is actively undermining that to no one’s benefit and to my eternal frustration, so much so that as soon as anyone not Yoo-jin, Jae-ha, Chief Kim, or Chief Joo that is associated with JSS makes me grit my teeth.

How the hell was Anna allowed to be in a room with crawl space access to a hidden room and a way out onto a roof? Yoo-jin (presumably) owns the estate—could you not get ahold of the floor plans or, I don’t know, go “hey, there’s a window on the outside that seems to be unaccounted for on the inside, maybe we ought to investigate that?” If Jae-ha hadn’t chosen that precise moment to have a cigarette, how long would Anna have gone unnoticed on the roof?

This is the kind of thing that bugs the hell out of me. How can the best security force in Korea employ so many people that apparently can’t tell the difference between personal time and on the clock time, that think that staging fights on company property is a great way to try to woo someone, that think its appropriate to creep on their coworkers, or that constantly gossip about others and their allegedly VIP-should-seriously-be- secret assignments? Why does the best security force in Korea seem so utterly averse to putting together actual teams that they’re depending on a single low-level security guard in the residence to be adequate protection around the clock and be constantly on call? With just a single person on the security camera at all times, and an equally inadequate number outside the estate?

Why hasn’t Yoo-jin fired or culled these people until she’s gotten rid of the ones who can’t do their fucking jobs? The fact that she continues to depend on JSS seriously undercuts my belief in her as a chessmaster-type/intellectual villain, and she’s one of the few really awesome things about this show. Can’t she see how grossly incompetent this company is? 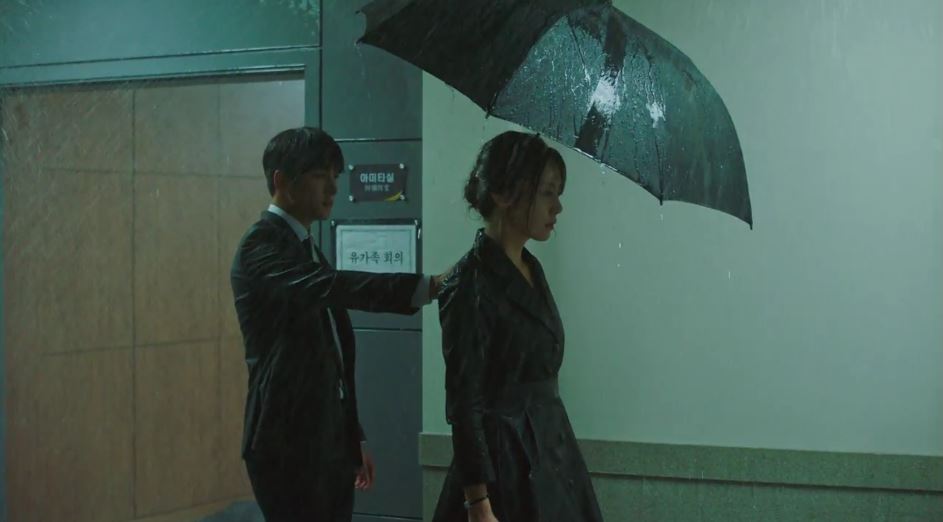 The best part of this episode, by far, was Jae-ha putting the pieces together and coming to rescue Yoo-jin. It’s no secret that I think Yoo-jin is an amazing villain—and the fact that she and Jae-ha are spending actual, quality time together, where they talk to each other (or about the other, in the case of Yoo-jin’s voiceover) just makes everything better. I’ve joked before about Yoo-jin/Jae-ha being a hateship I could get behind, but I really do mean that. The combination of time spent, possibly equal appreciation of each other’s skills, and the queen-and-her-bodyguard thing is pinging so many of my romance hell yeses that I’m a bit flabbergasted.

Clearly this writer knows how to write a romance between an emotionally brittle woman and a damaged hero—so why isn’t any of this twisted romantic goodness present between what is ostensibly supposed to be the OTP?

I don’t know, but I am definitely going down with this hateship while I can.