For those of you still in a post-W funk, do not despair! For there are three new kdramas airing this week, two of which are in the Wednesday/Thursday slot: 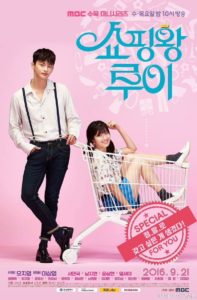 Kang Ji-sung (AKA Louie) lost his chaebol parents as a child and was subsequently raised by his overprotective grandmother in the United States. He grew up sheltered and without any true friends. In an attempt to cope with the emotional emptiness of his life, Louie tries to buy himself happiness. Upon his return to Seoul, Louie ends up in an accident and loses his memory. Go Bok-shil, newly arrived in Seoul from the countryside, takes Louie in. The ambitious Cha Joong-won is Louie’s rival both in work and in love. 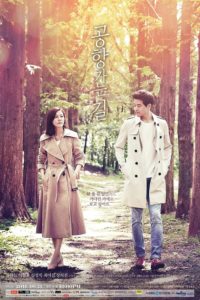 On the Way to the Airport
Wednesday/Thursday
Availability unknown

Choi Soo-ah, who has worked as a flight attendant for twelve years, is married to pilot Park Jin-seok, and they have a daughter together. Seo Do-woo, a part-time professor who teaches architecture, is also married and has a daughter. Soo-ah and Do-woo become caught up in and change each other’s lives. 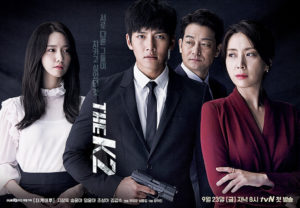 Kim Je-ha, a former secret service agent who was abandoned by his fellow agents, is hired to be a bodyguard by Choi Yoo-jin, a chaebol daughter and the wife of the front-runner in the current presidential election. Yoo-jin appears kind and friendly on the surface, but her mask hides cut-throat ambition and ruthlessness. Meanwhile, Go An-na, the illegitimate daughter of the presidential candidate, has decided to get revenge on the people who have wronged her.

Of the three, the only one I will definitely try is The K2. What about you?