TL;DR: The show and I disagree over what constitutes a sin, and shoddy policework makes me roll my eyes. But hey, at least they found Hyeon-woo, right? 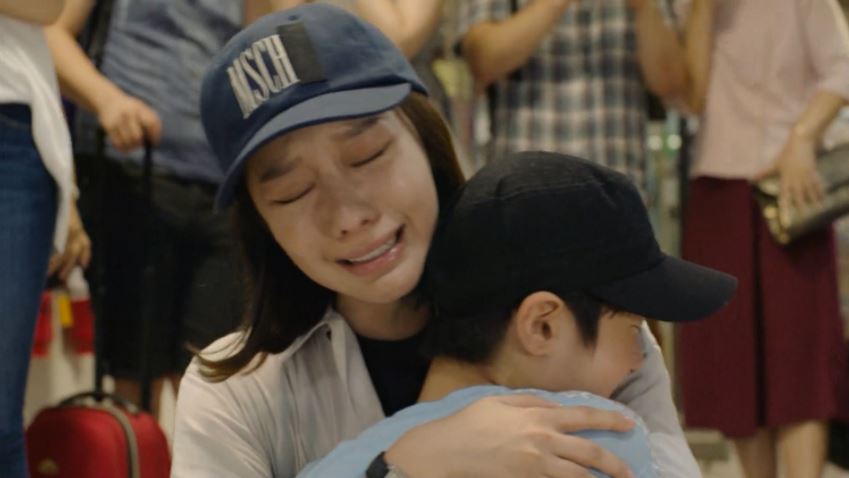 The crowning moment of heartwarming in this episode is definitely the tearful reunion between Hye-in and Hyeon-woo. While there are a few points about the sequence that irked me (really? some random guy can identify Hyeon-woo by just his eyes?), the actual crushing-hugs-crying reunion was great. I actually got a bit misty-eyed, which is quite the feat considering that this drama hasn’t often engaged my heart. Seung-in’s gallant defense and the broadcast team swooping in to record everything was a nice cherry on top, too.

While the pace of this episode slowed down in order to maneuver some of the last pieces into place for the final episode, I do appreciate that they took the time to show Hye-in being protective of and concerned for Hyeon-woo. She hugged him, soothed him, held his hand, made sure to explain to him why he was safe, etc. Now please begin interviewing some psychologists with extensive experience in childhood trauma, please, because cuddles can only do so much healing.

Seung-in and Young-kwan also got to have a cute little reunion. You know your sunbae cares when he threatens to kill you if you get beaten up again, right? I’m glad to see that he is not dying and won’t have permanent injury; I hope this means that he has a role to play in the final episode along with Mi-ok. Our core police team and their teamwork is definitely one of the things I will remember (and miss) about this drama. I want Mi-ok to officially come off her sabbatical so the three of them can be a permanent crime-busting unit. That would make for a great epilogue, and if that doesn’t happen, I will be sad. 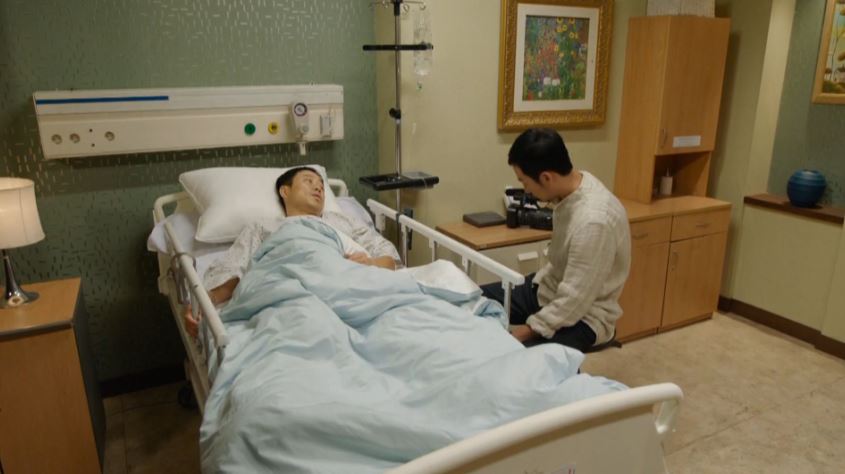 I am less impressed with the other police officers. I’ll give them a pass on allowing Dong-wook a private conversation with Joon-goo, considering Joon-goo was seriously injured and handcuffed to the hospital bed, and they had no reason to believe that Dong-wook would help him at all. I’m less impressed with them letting an unsecured Joon-goo go into a room he could lock to change unsupervised. (Couldn’t they ask the hospital provide a male doctor/nurse to make sure the dude who nearly died because he got stabbed again wouldn’t fall over and die? Yeah, sure, maybe the police officers were too embarrassed by the prospect of someone changing in front of them, but there’s not a single male doctor/nurse in the hospital who knows how to appropriately assist an injured/sick person in dressing? Really? At least then you could have had someone screaming that Joon-goo was trying to escape instead of waiting for someone to be concerned about how long he was taking and then investigate.)

Across the board, I am pretty unimpressed with basically all characters that aren’t core members of the broadcast, police, or villain team. Hye-in’s husband and the reporter have more or less caused me non-stop rage attacks whenever they’ve been on screen, and all the rest are ineffectual or unmemorable. Joon-goo and Dong-wook have also taken a serious dive in my regard during this final arc, what with Joon-goo’s ridiculous eeeeviiiiiiiiiiiiiiil faces and Dong-wook’s frustrating emotional conflict.

Dong-wook, I liked you because you were a heartless bastard, and now it turns out you are emotional enough to do stupid things like let Joon-goo go, give him your wallet, and lie about him to everyone. What is even the point of you doing those things? Why would you do them? Why is Joon-goo your one emotional weak point? I’m doubting everything about your character now, and it isn’t in a good way. 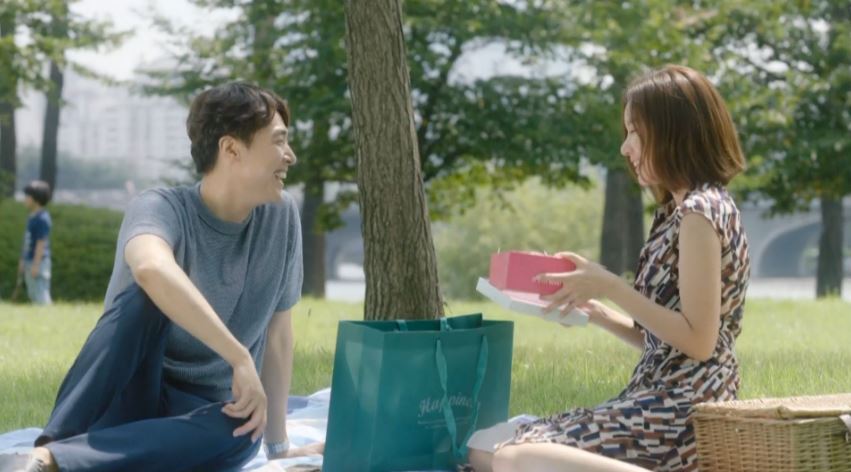 The thing that irked me the most about this episode was Hye-in claiming her past inaction was her sin. Now, maybe it’s a translation issue, or maybe a cultural disconnect, but a sin—how on earth is what she did a sin?

Hye-in was purposefully kept in the dark by her husband about what he was investigating. Her husband told her (over and over again) that his family was made of monsters. They decided together to flee the goddamn country in order to keep his family from getting their claws into their child. Yeah, sure, maybe Hye-in has a microscopic amount of blame for reminding her husband that his priority ought to be his endangered family and not the unknown people another branch of his family’s company harmed, but Tae-yeong is the one who made the final call and decided to supply what information he could and then withdraw.

But he still was murdered under his own brother’s orders, which would have happened regardless even if he had chosen to stay. And Tae-yeong choosing to stay (and still getting murdered) wouldn’t have changed anything materially for Hye-in. She had no clue. Well, I take that back, the only clue she had was so well-hidden that it took her eight years and half a miracle to find it. The Hye-in of eight years ago only knew that her beloved husband got tangled up in some strangers’ affairs and then died in a horrific accident, so she left because she had one thing left to protect: her child. She wasn’t about to stop for some random soldiers screaming at her and throwing himself on her car or try to dig further into the thing that almost made her husband change his mind about their plan to build a blissful life together—she left, in grief, hanging on to the memories she had left of him and their child. 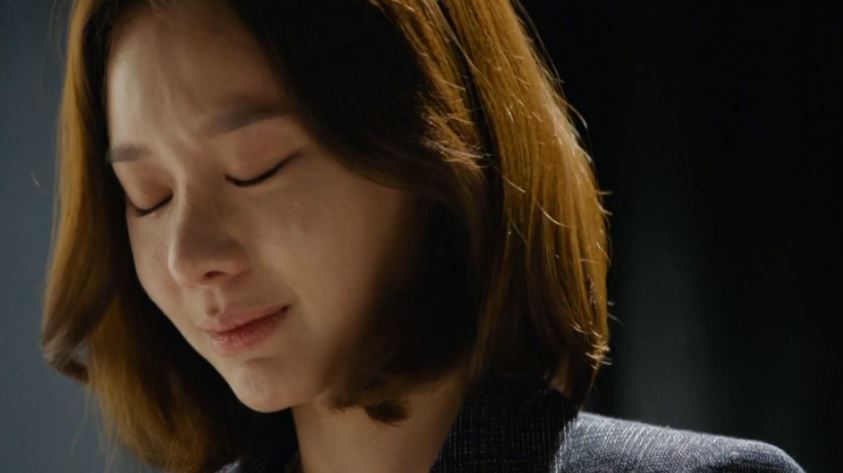 So, yes, I am annoyed that this was framed as Hye-in’s sin. She had no actual power eight years ago: no percentages of company stock she inherited from her late husband (if she did, why didn’t she offer those earlier when she was going to SG Group for help?), no power or contacts within SG Group to blindly investigate something she had no proof was there, nothing to leverage at all beyond the existence of her child, and she wasn’t ready to part with that knowledge. If Hye-in’s decision to see it through to the end in the present day had been framed as a bitter irony or fate or even her stepping in to fulfill the thing her husband had died trying to make right, I would have been okay with it.

But calling it her sin, making it something she needed to atone for—that sours what could have been a powerful moment otherwise.

(Also, please say you called the police after you ripped into Joon-goo. Will no one call the police on him?!)