TL;DR: Hope you’re up for some body horror because holy shit. I can handle mass murder and bloody gunshot wounds but that bit at the end there was too far. 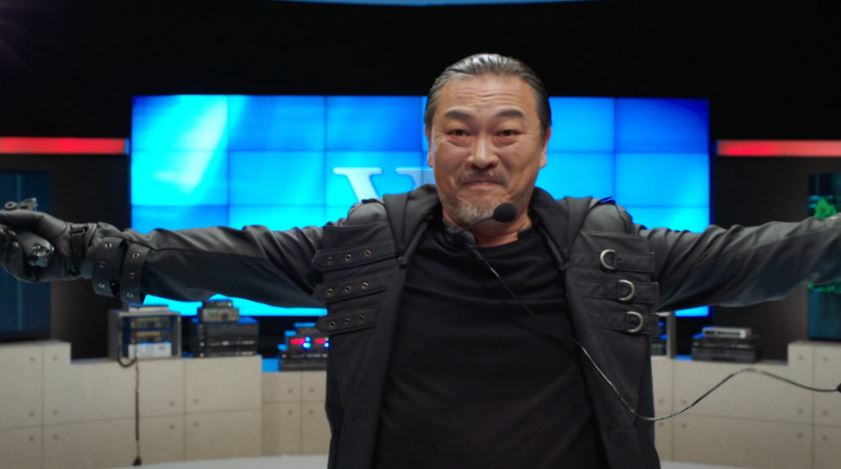 I spent the whole time Soo-bong was narrating Seung-moo’s plan on how to end the comic in four neat chapters thinking to myself yeah, cool plan, but did you forget that The Killer has a will of iron, just like Chul? And then I realized that…maybe they actually didn’t know. I complained about what I perceived as a viewpoint error in episode eight, but now it looks like it really was narration from a future!Chul who had learned that The Killer could defy Seung-moo as easily as he could. Future!Chul was the one who claimed that The Killer had refused to let the suicide ending stick—present!Chul only had enough information to guess at (with Yeon-joo’s confirmation to bolster it) The Killer’s presence in the “real” world. They really didn’t understand just how strong The Killer is, and that’s why they went ahead with a mostly logical ending that backfired spectacularly.

(Side note: Seung-moo is still a hack. I will cut him a tiny bit of slack, considering his primary concern was to wrap things up as quickly as possible in order to keep his daughter safe and reduce the chances of other murders, but I was very amused that Chul did not trust him in the least to create a suspect that Chul would believe. He gave Seung-moo files on 353 people and explicitly said NOT THEM.

It was still just mediocre storytelling. The prosecutor went and had the killer murdered, and Chul and So-hee wound up with a vaguely positive image that seems like a waste of seven years real-world time. Not even a kiss, dammit? Oh, and of course The Killer had to have a history of mental illness. *sighs*)

I thought it was ingenious for Seung-moo to give The Killer his face, since Yeon-joo’s retcon did not extend to Seung-moo stabbing Chul. It also seemed like a bit of penance, or perhaps that’s just my wishful thinking. Seung-moo letting Chul punch someone with his face a couple times? That would have been satisfactory on levels Chul may never have fully realized.

I was just waiting for disaster to strike after the too-perfect wrap-up was revealed, and The Killer (should we call him Ha Sang-hoon now? will he use that name?) did not disappoint me. What Seung-moo had planned for The Killer simply wasn’t epic enough. The Killer explicitly told Chul that they were going to have an only-one-can-walk-away showdown, and Seung-moo completely disregarded it, even though we saw that that scene made it into the webtoon.

Come on, Seung-moo, it’s almost like you were begging to have your face stolen. 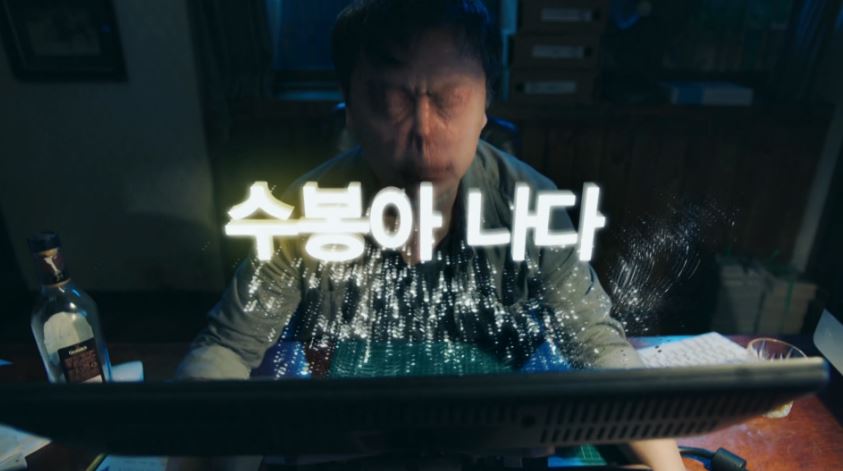 Once I had calmed down about that shocking bit of body horror, I actually really enjoyed that reveal. Seung-moo didn’t give The Killer a duplicate or a near likeness of his face—he gave the whole thing away. On purpose, though he could never have guessed at the literal interpretation of that. Wasn’t it kind of The Killer to leave him the “words appearing in thin air” ability in exchange?

(Of course, now I’m wondering, just what the hell do you do with a faceless man? He has no mouth, so unless you can figure out how to keep him hydrated and fed, he’s going to die. You can’t just take him to the hospital because how do you explain that? Will Yeon-joo have to smuggle IVs out of the hospital and put Seung-moo on them so he doesn’t waste away? Please say he will get his face back once The Killer no longer needs it.) 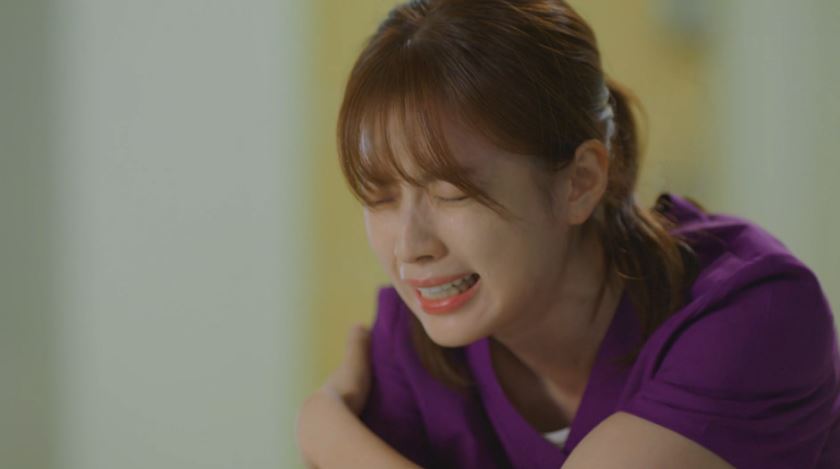 The first half of this episode was pretty difficult from an emotional standpoint. I felt really bad for Yeon-joo and her broken heart, even though I struggled to understand it. If only we had gotten some more of this emotional space earlier on in regards to getting threatened and shot, maybe I would have believed more in the depth of her feelings for Chul. As it stands, I can appreciate the necessity of mourning a fantasy briefly made reality, but I can’t ignore the nagging voice at the back of my mind that reminds me that—despite the genuine cute moments and noble sacrifice—the relationship between Chul and Yeon-joo was fairly shallow.

And Yeon-joo got the suckiest lot of it all, of course, flitting between worlds seemingly at random and watching Chul redo his life because she had erased their time together.

Now that she’s back in the comic, I hope she won’t have to bear the emotional burden on her own anymore. I’m still crossing my fingers that she and Chul will be able to reboot their romance on more equal terms, but it is still way too early to tell.