TL;DR: I called the “it was all just a dream” retcon too early, as I momentarily forgot this writer’s pattern of giving us all the cute shippy moments before disaster strikes. And what a wonderful disaster it is. 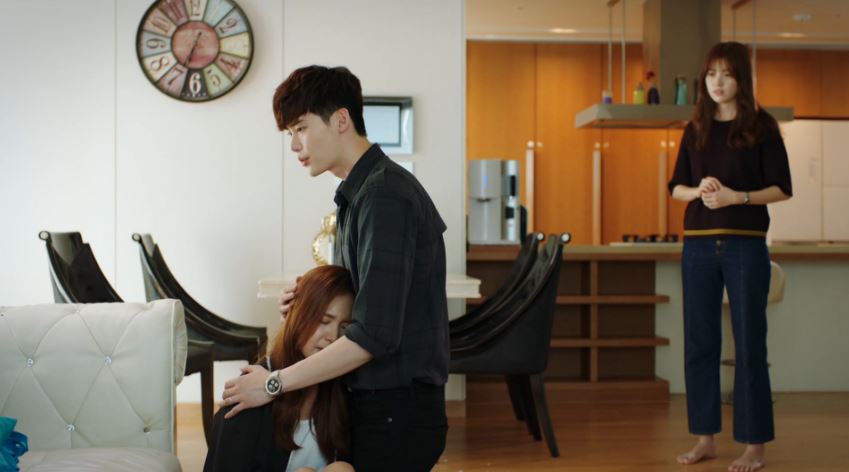 The best part of this episode was the continued condemnation of Seung-moo’s hack writing job. The man can’t even bother to decide who his grand villain is in the ten years he has been writing it, so of course the singular reason for So-hee’s existence is as Chul’s romantic prize for the far-off day in which he wins. If there had been any purpose beyond that, she wouldn’t have started to disappear.

But she did start to disappear, because Seung-moo is a hack who created her to be eye candy. And Soo-bong became unbelievably creepy in that flashback, too. Ugh. I like him most of the time, but every time So-hee comes up, he gets all of the negative points. ALL OF THEM.

And it was so, unbelievably cruel for So-hee to become aware of her fading existence. (Is this awareness due in part to Chul and The Killer becoming self-aware? Is their influence spreading? Do-yoon noticed So-hee was fading—but Hyun-suk appeared to be oblivious of his approaching demise.) It was somehow worse than Chul’s breakdown, because at least then he knew why his world had frozen. So-hee had absolutely no idea what was going on. And where Chul and The Killer could step out of their world into the real one, So-hee had not been gifted that same implacable will. Chul had to declare that she would always be important to him in order to save her. 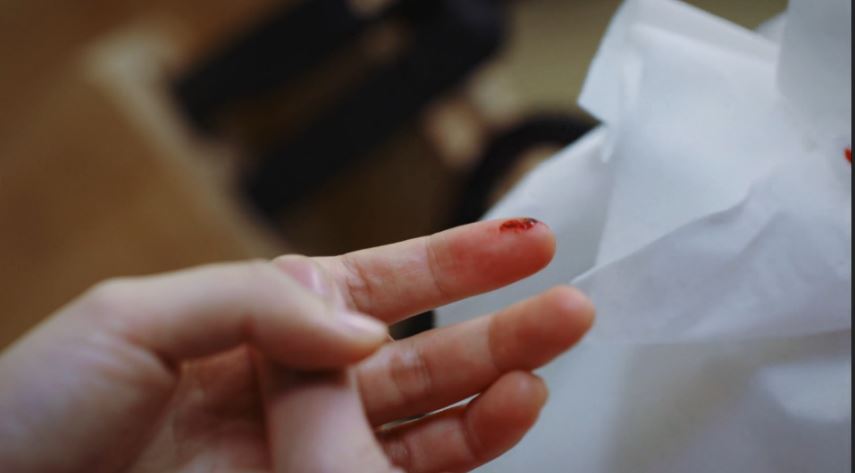 We finally got the plot justification for Chul shooting Yeon-joo, and while I can appreciate a well-executed plot twist, I don’t think it had as much payoff as episode seven’s cliffhanger: the reminder that The Killer’s first purpose was to kill Chul’s family and would, necessarily, be targeting Yeon-joo. In order for that threat to have any weight, Yeon-joo had to be vulnerable, and so the multiple, explicit warnings that Yeon-joo was now the heroine of W meant of course she could be hurt. I spent the episode impatiently waiting for them to figure it out and was disappointed in how long it took.

(Now that we’ve retconned all the way back to Chul getting stabbed, I think the chances of me getting the emotional fallout I wanted re: the shooting are astronomically unlikely. Unless that’s one of the first things Chul remembers about Yeon-joo? He’s going to remember, dammit, all of the important people in QIHM and Nine eventually remembered what happened in previous realities. I would even forgive Song Jae-jung for not dealing with it before if that were the case.)

One of the things I appreciated most, that threatened to soften even my stony heart, was how Chul followed up the two shootings by kissing Yeon-joo’s forehead—right where the bullet went in the dream and where it nearly went in the real world. It was a gut-punch of a detail that I wholly approve of. Nicely done. 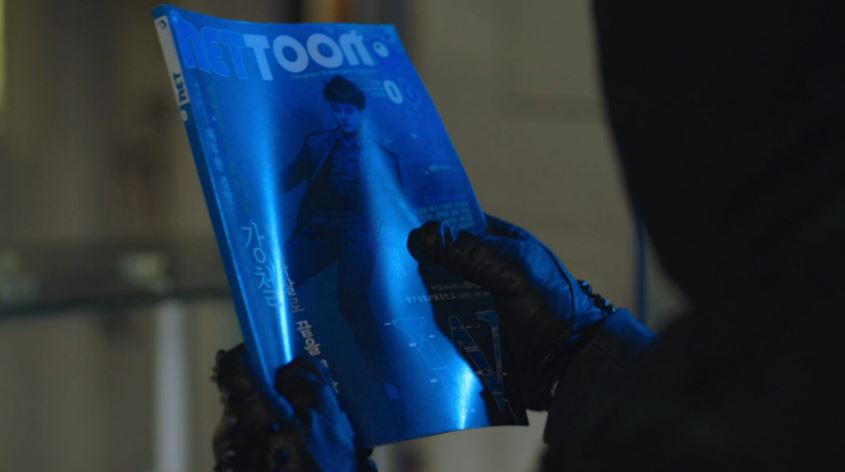 Speaking of things nicely done, The Killer’s rampage through the real world was the right kind of terrifying, from the fact that his words continued to be written out in the air to his teleportation abilities to his apparent dependence upon phones. We had seen him call the nurse to order her to kill Chul prior to this, and we know that Chul got a weird phone call that lured him to the roof, so seeing that come back when he was hunting Yeon-joo was a lovely detail.

I found myself having an unexpected amount of sympathy for The Killer. I never expected much in the way of motivation or desire beyond killing Chul (and family), so the fact that The Killer has been waiting for Chul to “discover” him, to give him a name and a face, was a brilliant move. Chul isn’t the only one having an existential crisis—at least he has a face and a backstory. The Killer is, quite literally, nothing.

Well. If nothing can properly run about attempting to kill people and follow its creator to an airplane lavatory and ambush him. *shudders* Thanks for that nightmare, show. I don’t know if The Killer would be allowed to kill anyone outside Chul and Chul’s family, but I guess Yeon-joo is technically Chul’s wife, and that makes Seung-moo his father-in-law… 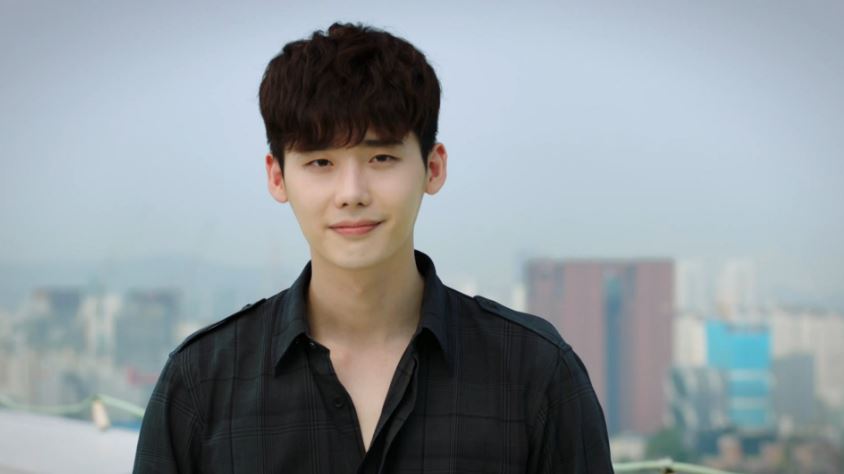 Chul’s sacrifice at the end of the episode is the kind of nobility that manages to bypass the idiocy part. It helps that he hadn’t tried—unlike so many other heroes—to gaslight Yeon-joo into thinking nothing was wrong and she was just imagining things. He even told her (off-screen) about The Killer’s threats before they thought it was possible for The Killer to actually hurt her.

I think this request to retcon his life was an emotionally fitting response to the discovery that he was “just” a manhwa character. His knowledge of a world beyond the fourth wall—even the existence of the wall itself—was putting the people he loved in danger, and it had led to The Killer’s escape into a different world.

The self-awareness he had gained had done him absolutely no good in the grand scheme of things, especially if he was still harboring some resentment/unsettled feelings toward Yeon-joo having a god’s power over his life. Chul’s decision to return to his pointless, eternal task of chasing a killer he could never catch was a fitting resolution to his story, if this drama were going to be a tragedy.

Ultimately, I don’t think it is. If I were to have one request for the second half of this show, it would be for Yeon-joo and Chul to begin again on more equal grounds, if such a thing is possible.

(If I were to be allowed a second request, it would be for a reduction in telling versus showing. While I don’t doubt that Chul’s epiphanies re: The Killer are correct, some of them felt like overreach to me. I wouldn’t have minded if Chul had guessed that The Killer made it into the real world, since he had the disembodied words for proof and he had done it himself. But Chul guessing at The Killer’s existential crisis felt like a step too far. I couldn’t tell in that moment if it was just present-day Chul making an unsubstantiated leap or if Chul-from-the-future-who-sometimes-narrates-the-intro-or-outro was stepping in. That portion of the episode felt like a viewpoint error to me.) 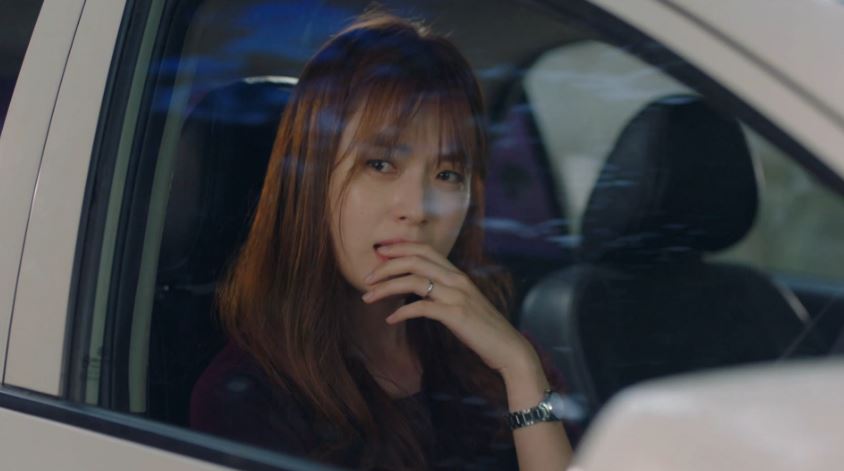 I felt a little bad for Yeon-joo getting blindsided by Chul’s request to fix everything—but I’m proud of her for doing it. She could see that things had spun so far out of control that whatever love she had confessed to wasn’t actually worth her dying for or to risk having other people cease to exist. (Not to mention at least one real-world murder that she doesn’t know about yet.) And while I’ll mourn with her, crying alone in that car, having suppressed Chul’s memories of her with her own hand, we’re still at the halfway point, and this writer’s memory wipes never stick anyway.

As a side note, I feel particularly bad for the fans of the comic. They’ve been riding this rollercoaster of ridiculousness for how long now? On top of random love interest out of nowhere, the utter obliteration of the fourth wall, and an infuriating suicide, they’ve now got to deal with a cheap “it was all just a dream” retcon? I wonder how many of them have given up in despair by now and how many are only sticking around to see how many more times the comic can jump the shark. I’m having flashbacks to my Naruto days.