TL;DR: If you’ve been paying attention, the reveal of the mastermind isn’t going to be too much of a shock. It does mean that we have officially hit the final act of the show: with just four episodes left, they’ve got to save a kid, uncover a mystery, and apprehend all the evil-doers. Best of luck to you. 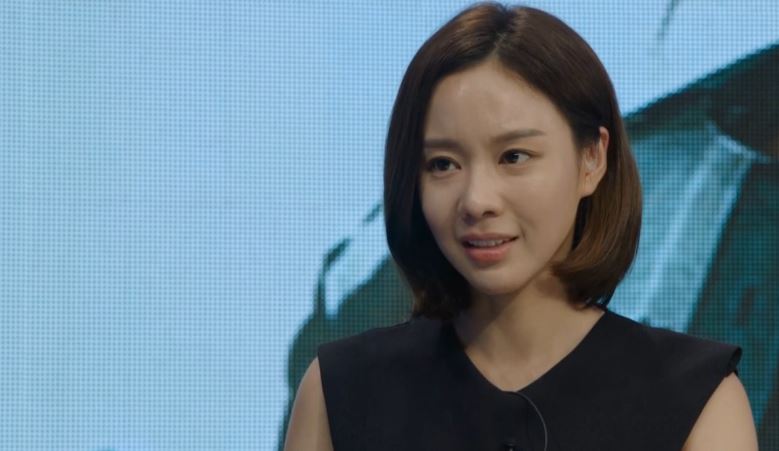 But first, an aside. I really loved this week’s episodes because of all of the interactions between Hye-in, Ji-eun and Mi-ok. Thrillers in general have a pretty shitty track record when it comes to having female characters, let alone allowing those female characters to pass the Bechdel Test. But Wanted upped those odds by having a surprising number of women: three on the broadcast team, one on the police team, and one on the villain team. The first half of the show was a little shaky, only passing the Bechdel Test roughly every other episode, and frequently on just thirty-second exchanges. Last week and this week, though, the ladies have been granted much longer scenes with more in-depth conversations.

(I particularly enjoyed the touchback to Woo-shin and Bo-yeon’s staircase conversation and how Bo-yeon referenced it in her decision to come back to the team after her harrowing experience. I also liked that she is showing increasing independence and making her own decisions about what she should share and whom she should share it with.) 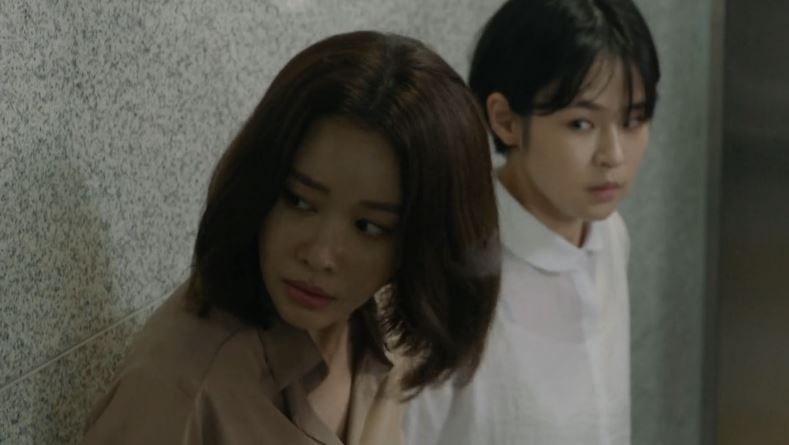 There were two scenes that particularly warmed my heart. The first was when Hye-in blocked Ji-eun from seeing a picture of her mother’s corpse on live television. Hye-in isn’t exactly happy with Ji-eun, what with her involvement in abducting Hyun-woo and refusal to give anything but the barest scraps of information. But Hye-in still shielded Ji-eun from that gruesome scene and was instrumental in sneaking her out of the broadcast station in order to protect her from whoever is killing all the loose ends.

The second scene was the escape from Hye-in’s hideaway, where Mi-ok and Hye-in worked together to help Ji-eun. Sure, there were a bunch of guys duking it out in the background, but I just loved how they bodily protected her, skulked around with her, got her to safety despite two minions trying to capture/kill her. I spent the whole scene worried for Ji-eun’s safety—and ended up remarkably relieved that she trusted Hye-in and Mi-ok enough not to make a break for it.

Ladies. Protecting other ladies. NOT DYING OR BEING TAKEN HOSTAGE DURING AN ACTION SCENE. It was balanced out by the first mention of another fridged lady later on. I was almost certain the show was going to pull the rug out from me at the last moment, but Ji-eun made it to another safe house. \o/ 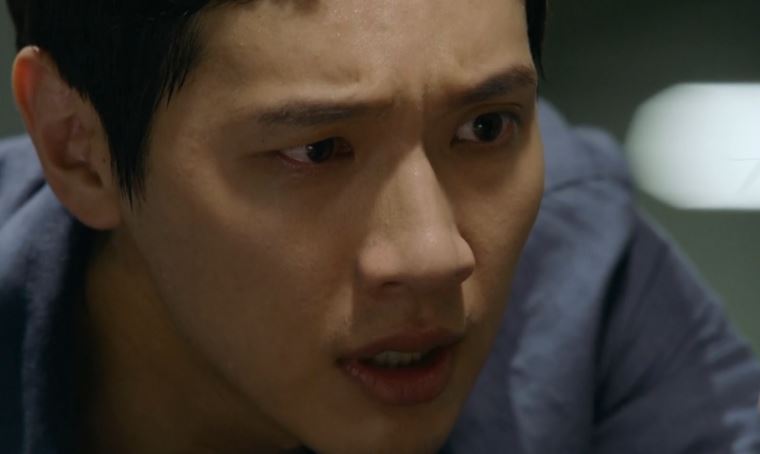 I really enjoyed Seung-in this week: he got to be super sneaky with Hye-in, first of all, and sneaky heroes and heroines are some of my favorite things. Look at them spiriting Ji-eun out of the broadcast building and then out from under SG’s minions’ noses! Look at him having more than one fight scene! (I really do enjoy Ji Hyun-woo’s fight scenes. He needs about a thousand more of them, for the record.)

Seung-in’s interactions with Young-kwan still make me happy, for the record. I really do appreciate that he’s taking this sunbae­–hoobae mentorship thing seriously and that Seung-in was able to learn from his own mentor’s mistakes re: keeping his team in the dark. It was neat that he was upfront as possible with Young-kwan about how Young-kwan could get pulled dangerously into the mess so that Young-kwan could make the choice to be okay with being kept in the dark. I’ve got a thing for loyal underlings (even though I am still thoroughly enjoying the rebellions over on Dong-wook’s team), so the fact that Young-kwan continued to follow and trust Seung-in made me happy. Investigation team—and broadcast team, too—continue to care for your youngest members, please. 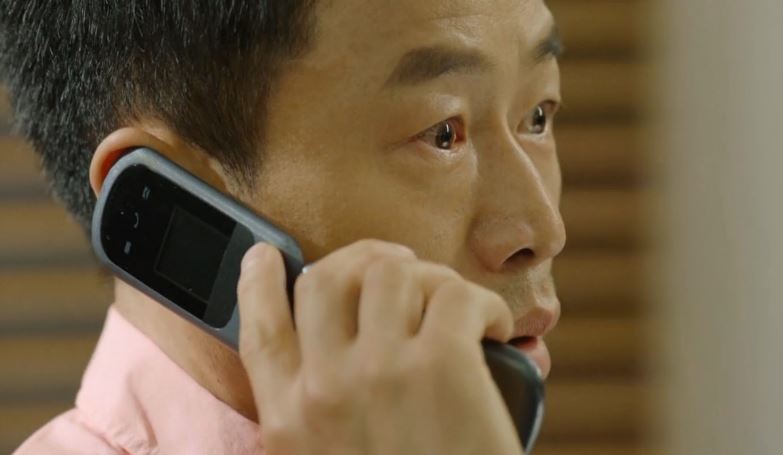 This week’s big reveal was, of course, that Joon-goo is the one behind Hyun-woo’s kidnapping. It was either him or Dong-wook, but his mention of a dead wife of eight years ago cemented it before the official reveal. Now that we have the lead kidnapper’s identity, we should be on a short path to figuring out what our inciting incident was. I’m guessing that’ll be the overall arc of episodes 13 and 14, while the finale week will be taking down whoever is behind SG Group’s shady coverups. Right now the only option is the older brother—we haven’t seen anyone else—but there has been previous mention of a grandfather and a second brother. If they get introduced during these last four episodes, my money will be on them as the ultimate responsible party. If not, then older brother.

While I wish that Wanted were a little more unpredictable, it is nice that the plot keeps circling around in order to dig deeper and uncover other layers. For example, we knew that Soo-hyeon had lost his brother and sister and thought that his brother was the key motivator for his participation in this scheme, but it turns out that it was the sister’s death that was the inciting indent for Soo-hyeon and his brother. Or how we came back to the former police officer in order to get more of the story about how he was pressured into silence via the lawyer. 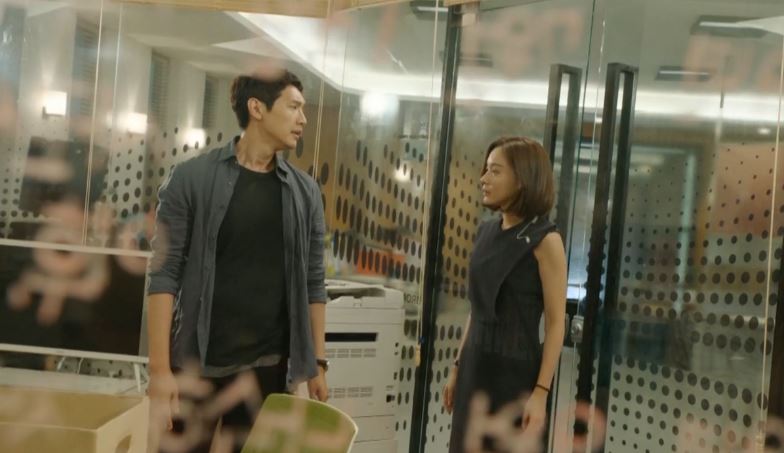 It has been a while since I’ve felt like I could trust dramaland with solving a mystery, and heading into the last quarter of the show, I’m looking forward to the possibilities.