TL;DR: HE SHOT HER IN THE CHEST is definitely going to be the new HE LEFT HER ON A BOAT. Also, the writer made the entire fandom lose its shit by changing the whole game at the last moment. 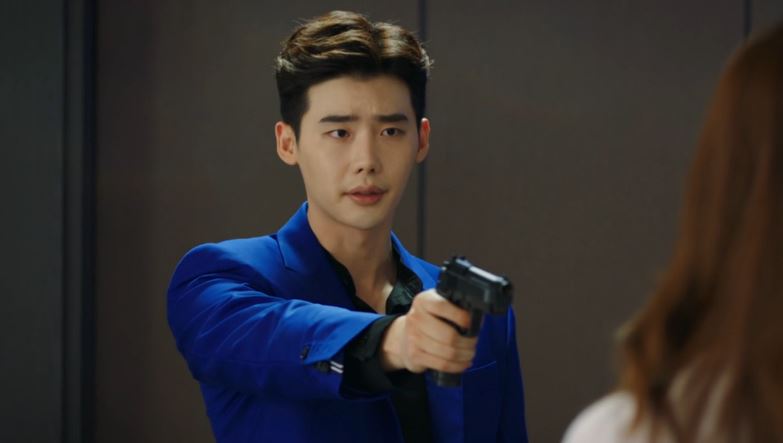 Lots of people have said excellent things about the bathroom showdown scene in episode three, and I don’t feel like rehashing it right now. Instead, here’s my initial reaction post. Episode four did not do enough to convince me of either why Chul thought it was okay to shoot Yeon-joo or that he had made an adequate apology. Until I am convinced he would never do something like that again (through a sincere, groveling-filled apology or unabashed and unrestrained falling in love), I cannot ship him with Yeon-joo, even though Yeon-joo’s heart flutters when she banters with him.

Sure, he’s hot and perfect in a way only manhwa heroes can be, and you’ve been a fan of him for years—but a guy who is willing to shoot something to scare you and then escalate to actually shooting you, even if he is mostly confident you’ll be okay, is not a great romantic lead in my books. I’m a little annoyed that, apart from fainting, Yeon-joo didn’t seem to care about him menacing her or the fact that he basically kidnapped her. 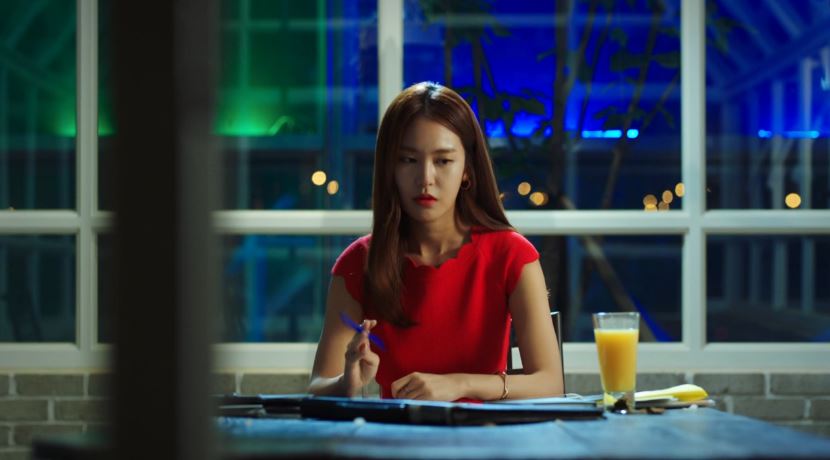 The one my heart ached for the most this week was definitely So-hui. Thanks to Yeon-joo’s appearance in the comic, So-hui’s reason for existence as female lead (and eye candy, if the fact that every man in Yeon-joo’s world comments on her breast size is any indication) in Chul’s life has been unceremoniously usurped. So episode four worried me a little because So-hui got close to standard jealous second lead territory for a few moments—though, to be fair, from So-hui’s POV she made the right decisions. She wasn’t motivated solely, or even mostly, by jealousy or anger. Chul was kidnapping someone and pointing guns at a stranger and not telling anyone what was really going on. The police were the most efficient, least messy option that most reasonable people would push for. I can’t really fault her for that, even if it spiraled out of control afterward. Which is why I’m grateful that, even though Chul fired her as his secretary, he made a point of saying he wanted to continue being friends.

I’m hoping that So-hui’s decision to go against Chul’s wishes is a sign that his increasing free will and Yeon-joo’s presence are changing the nature of W. I want So-hui to be able to break free of the story limitations of both female lead and (especially) second lead. I want her story to go beyond being the eventual prize for Chul once he solved his family’s murder. Now that she’s no longer the lead (according to Yeon-joo’s from-the-future voiceover), maybe she won’t be as tightly tied to Chul and can break out of that.

(Side note: The Viki subs keep using “hui,” but most everyone seems to be using “hee.” Is this just a romanization difference or is one correct and one not?) 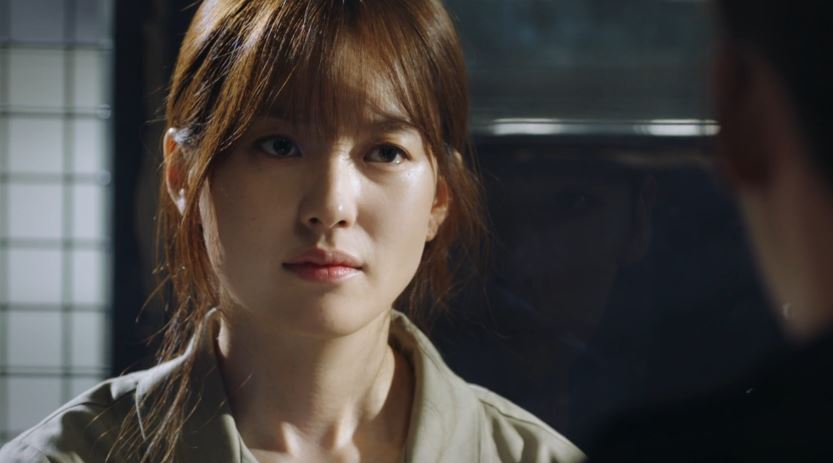 What really has me all a-flutter, though, was when Yeon-joo told Chul that he is the main character in a webtoon and that it was finally, finally enough to shock him and send her home. The scene in the visitation booth was so wonderfully shot, but honestly, I think what I really enjoyed is that it took time for Chul to accept Yeon-joo’s words, even though he saw Yeon-joo disappear right in front of him. Like, that was even more evidence that she was telling the truth, but his world didn’t break/freeze until he acknowledged it/believed it/said it out loud.

And the world freezing? And Chul collapsing and quietly panicking as the motherload of all existential crises hit him? So wonderfully, wonderfully done. His entire world was made for him, and once he understood that, it broke. Once he understood it, he was able to see the actual fourth wall, arm himself, and step free.

This breaking has happened twice before: the first time, when Chul reached through to drag Yeon-joo in to save him. I suppose as he was dying he was thinking about all the illogical, irrational things he had done to wind up on the roof and was thinking about how none of it made sense. The second time was in the car, when a Truck of Doom came out of nowhere and barreled straight for him—again, probably another what the hell how does this even make sense moment. I wonder if it has happened anywhere else, or if it has been just these three times due to the level of shock required to actually brush up against/break the fourth wall. 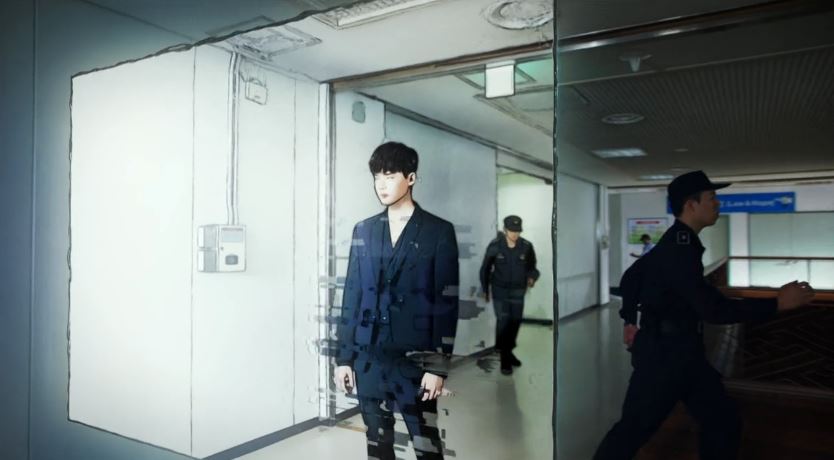 I didn’t expect Chul to find out his true nature, let alone break through to the real world, this early in the game, and the fact that it has happened makes me very excited because it is a sign that there is a lot more plot headed our way in the future. Will he discover who created him? Will he go after Seung-moo? Will he return to W? If so, how will he manage to live his life if he is always second guessing if his creator’s hand is in everything around him, and even in some of the things he “chooses” to do?

I’m still holding out for the killer to be an entity, not a person. The killer could be Seung-moo, I suppose, except the first sign that Seung-moo knew something weird was going on with the comic was when Chul saved himself—after the deaths of his family. Surely he wouldn’t have been so weirded out by Chul’s growing agency if he had been able to step into W and murder four people? (Also, where would Seung-moo have learned hand-to-hand combat/assassin skills? And well enough to take on a main character, at that.) 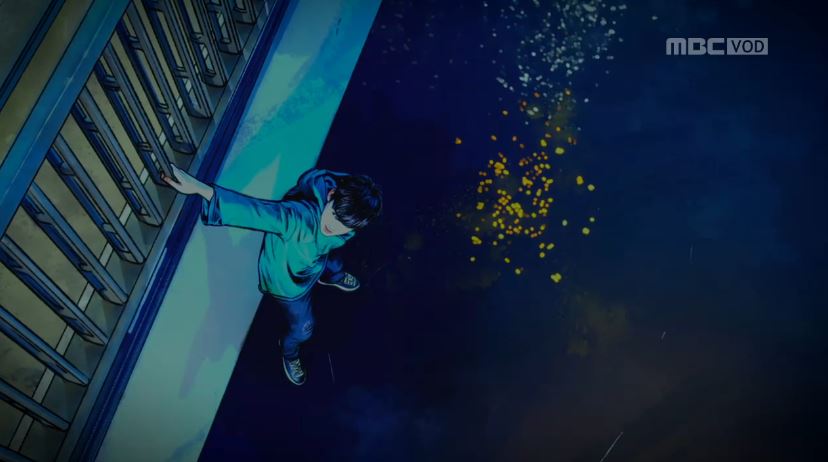 Regardless, I’m still hooked. I can’t wait for the next episodes!