TL;DR: Remember that multi-year famine going on? No? …wait, did we forget to tell you? 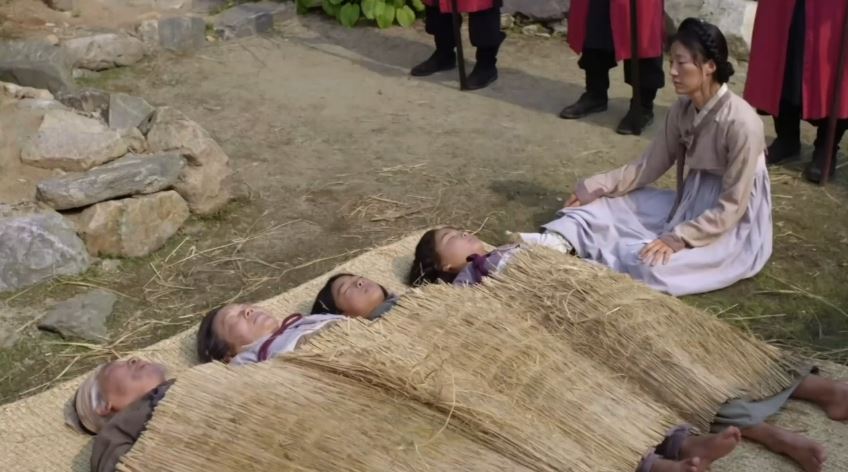 Maybe I missed the hints dropped earlier, or maybe this is a historical thing Korean viewers are just expected to know (like Americans ought to know the whens and the wheres of the Dust Bowl), but surely I can’t be the only one who was surprised to learn that we were in the midst of a multi-year famine? This mini plot arc took me by surprise because we suddenly went from “unappealing but thick rice porridge” to “off-white water” at the Jeonokseo in practically no time at all.

Unfortunately, that meant Nan-jung’s 10-day birthday (and promotion) celebration didn’t have as much impact as it ought. If we’ve only seen people starving on screen for a couple minutes, Nan-jung’s lavish, non-stop party doesn’t get the kind of contrast it deserves. Sure, they tried to humanize the famine with the lady who accidentally killed her family by feeding them blowfish guts, but…meh. We’d never seen her or her family before, they had no names, she didn’t speak—it was an intellectual exercise at best. Same with the forger. 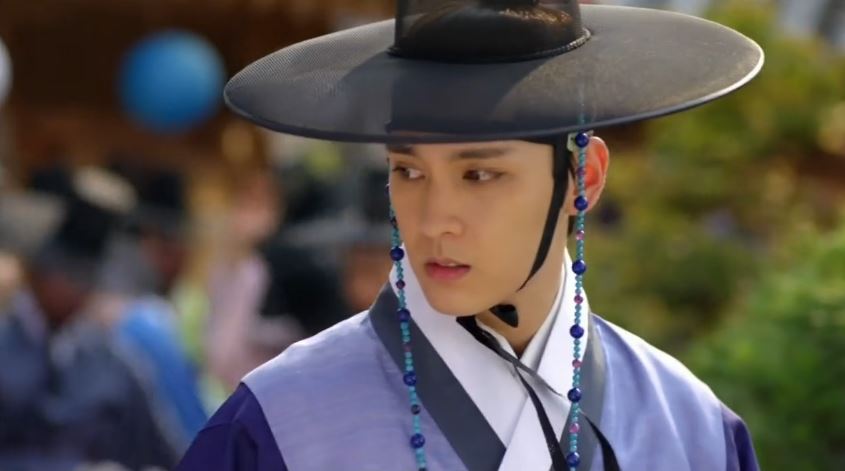 Which is why I’m still not taking Ji-hun off my shit list and refuse to give him any points. Is discovering you’re adopted (parentage as yet unknown by you) and seeing one dead family really enough to shake your heart after you helped to purposefully fram your future in-laws’ political enemies and sent them to be tortured/exiled/killed? Oh, and tortured Tae-won when you knew he was innocent? A few anonymous, starving (and tragically dead) peasants are enough to make you rethink everything? Really?

Your lack of consistency is irritating. I refuse to believe this affected your conscience at all, especially since you have made no effort to relieve anyone’s suffering. And to think I was actually really happy for a split second when you were upfront with Shin-hye about why you wanted to marry her!

Meh. Figure out whether or not you’re on Team Villain properly, because this lite version isn’t cutting it. 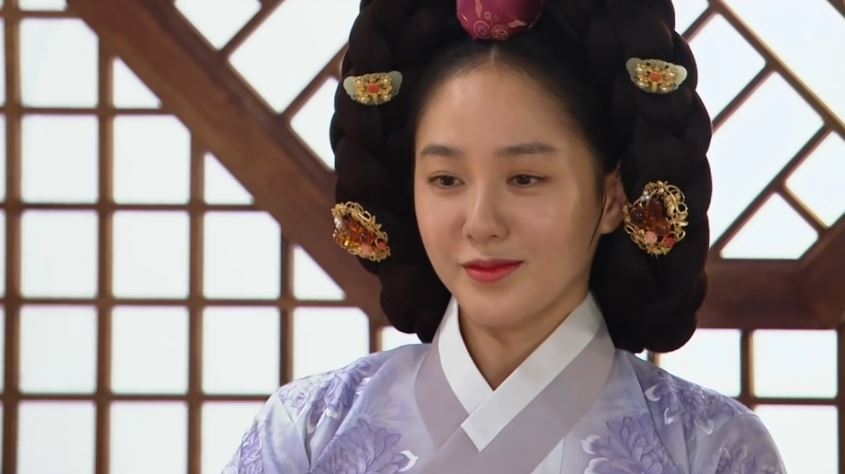 Congratulations are in order for Nan-jung, who finally got what she has been scheming for over the last 15 episodes (and 15+ years): official status as Won-hyung’s wife, not concubine. I was quite proud of her, honestly, despite all the vile things she did to get there. The lady’s got guts—

–and an unquenchable greed. The mercenary side to Nan-jung has been well documented over the course of the show, and while her burning desire for actual gold is a new thing, it is nonetheless a logical extension of her character as opposed to coming out of nowhere. I love that she’s being smart about the gift of silver and the offering of gold by doing her background research. This mind game between her and the crew Ok-nyeo has assembled is the kind of cat-and-mouse situation I had been hoping would play out between Nan-jung and the queen dowager. I wish we’d had that back then, but I’m happy we have it now. I hope this is the start of a long series of entertaining games for the rest of the show. 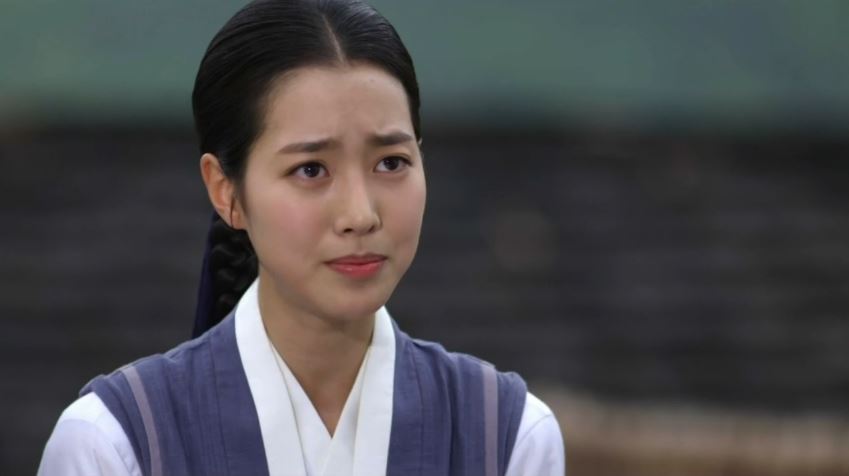 With the death of Won-hyung’s first wife, it appears our heroes hit their metaphorical bottom. Ok-nyeo’s complicated scheme to get the Jeonokseo prisoners fed (and to defraud Nan-jung) is a nice change from all the emotional labor she has been performing for Tae-won. Ok-nyeo’s got shit to do, people, like keep the men and women under her care from starving. (*rolls eyes forever at the “do you see me as a woman” conversation*) And if she happens to deliver a bit of payback to a woman the law cannot touch, then that’s a delightful bonus.

Ok-nyeo continues to be my favorite character, and I particularly loved it when she called out the new Chief of Justice for failing to figure out a solution to the food problem. Her morally gray tactics are refreshing, because sure, she’ll take bribes and do favors for the petty criminals and officials at the Jeonokseo, but she isn’t so jaded or corrupt or coldhearted as to look away when people are going to starve to death. I’m hoping this plot line will help re-center her in the narrative because that’s where she’s supposed to be.