TL;DR: Sometimes bad guys don’t get everything they deserve, yet even partial punishment is seriously entertaining. 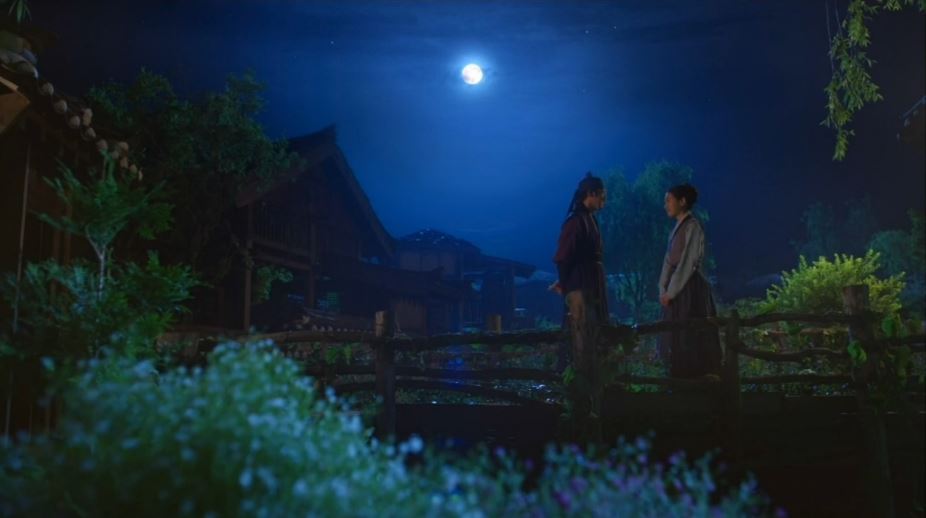 I don’t actually have a whole lot to say about this episode—it’s mostly just extended fall-out. Granted, that is actually important as we transition out of Act One and into the next major plot arc, but that doesn’t actually leave me with much to talk about. I’m glad Queen Dowager Munjeong believed Ok-nyeo and granted her wish to return to being just the prison damo. Often in sageuk (or other heavily political shows), the protagonist ends up spending the whole time being disbelieved and outmaneuvered and squeaking by with exceptionally narrow wins, so it was remarkably refreshing for Ok-nyeo to have such a monumental triumph early on.

(This probably won’t last long, so I’m enjoying it while I can. It’s also fun to be in the stage of the drama where they’re queueing up plot points for later and I can’t really predict where everything will end up.)

I’m slowly starting to get on board with Ok-nyeo and Tae-won as a unit. Not a couple yet, mind you, but as members of the same team. It’s really too bad that this attempt ended really poorly. Here’s hoping Ok-nyeo will figure out that something’s going on with Tae-won’s mom before her servant poisons her to death. That would be nice. 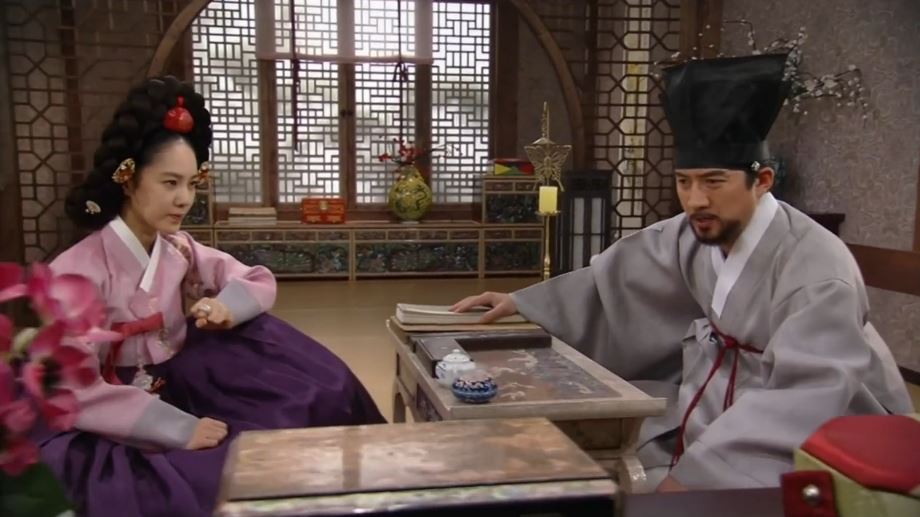 Honestly, though, the highlight of this episode was watching Won-hyung and Nan-jung squirm while they waited for the Queen Dowager’s wrath to fall upon them. If they weren’t so evil, I’d say they were very cute; as it is, they are an excellent villain team and I wish them all the best until their inevitable defeat.

Nan-jung, I appreciate your deep and abiding and terrifying love for Won-hyung, and I also approve of your political savvy. You are far better at this evil-plotting thing than he is (in my humble opinion) and a better people-reader, too. I will admit to laughing when you proposed murdering someone in order to soften the Queen Dowager’s heart—but then again, that’s probably just the present she wants. It’s not as if Munjeong is an apology-flowers-and-card woman. Targeted homicide to bury old sins is probably an excellent first step to rescuing Won-hyung from prison. 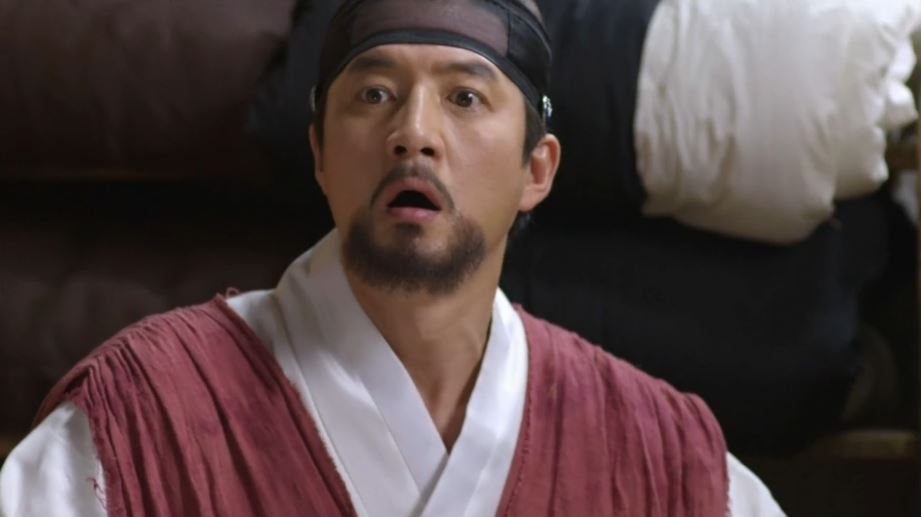 Won-hyung’s downfall was a remarkably satisfying humiliation conga, and I adored every second of it. It’s way too early in the show for him to meet his historical end, but this major fall from grace momentarily appeased the blood-thirsty part of my soul. You got stripped of your position, hauled away in public while trussed up, and tossed into a prison where the wardens were explicitly ordered to treat you like a nobody.

The part I loved most was not Won-hyung getting sent into a corner or getting kicked around—no, it was the fact that his bellow of outrage (do you know who I am?) was, for once, answered in the negative. Nope! No one knows and no one cares! HAH.

Okay, fine, Jae-myung and co know by the end, but he’s totally going to use that to his advantage, isn’t he?