TL;DR: Everyone is making life-altering decisions in this episode, and I am slightly concerned by several of them. 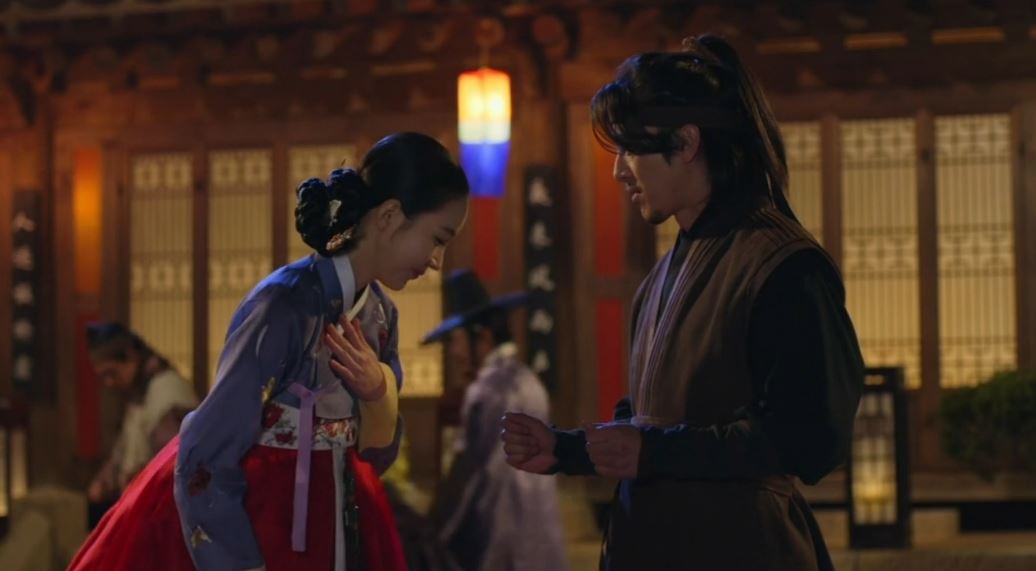 Is it just me, or is anyone else as unimpressed by Tae-won as I am? Granted, his ties to the main plot are finally getting stronger, what with his boss being tied to the Ming Chief Eunuch and this opening up a new trade route—but I still just don’t get him. Why are you so obsessed with vengeance upon Nan-jung? Is she the one who didn’t want to allow you or your mother into the estate? If so, does that mean you’re Won-hyung’s or another noble’s bastard? And if you are, why aren’t you blaming your daddy for not providing adequately for your mother instead of getting pissed at Nan-jung? This is all speculation right now, but I’m going to be extremely irritated if I’m right.

I’m also making some serious judgments against Tae-won. You said that a bunch of men chasing a woman likely spelled out rape and then you let your boss persuade you to not get involved and just headed home. On the one hand, I’m glad we didn’t have to sit through a heroine-is-threatened-with-rape-and-hero-steps-in-to-rescue-her scene, but damn, you aren’t exactly making it easy for me to like you right now. I may have cheered a little more than strictly necessary when So-jung shot you down so effortlessly later on. (And then rolled my eyes when you declared you would win her heart for mercenary reasons.) Just…go away until I don’t make faces whenever you appear on screen, okay? 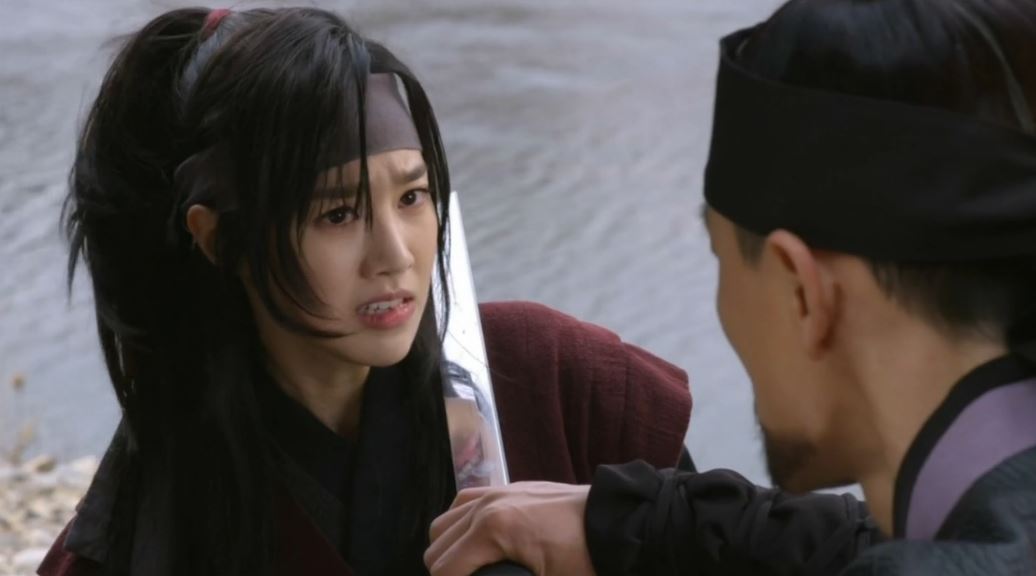 But let’s take a moment to bask in the glory of Ok-nyeo. I loved that, when presented with the opportunity to become a secret intelligence agent, she sought out Tae-soo’s advice and listened carefully to everything he said about how awful the experience could be. And then she ultimately made her decision—counter to that advice!—in order to achieve her own goal: finding out who her mother was and getting vengeance for her.

While I’m a little surprised that it only took a single training montage of one skill set to determine Ok-nyeo was ready for her final test, I was so proud of her. Also a little worried that—despite a few moments of hesitation—she was ready to murder a guy in his sleep. Granted, he’s allegedly a traitor to the kingdom, but the fact that the chief secret intelligence guy appears to be loyal to the current regime means there are going to be some serious problems in the future. Will he stand in Ok-nyeo’s way when she finds out that Won-hyung is the one who had her mother killed? Will she have to defect from the agency, or will she persuade her new boss to switch allegiance? There are some great story possibilities being setup here, and it makes me very happy.

Also? I loved the very end scene where Ok-nyeo broke down in relief. Loyalty is one of my things, and I’m so glad you were rewarded for it. I may have almost teared up a little. 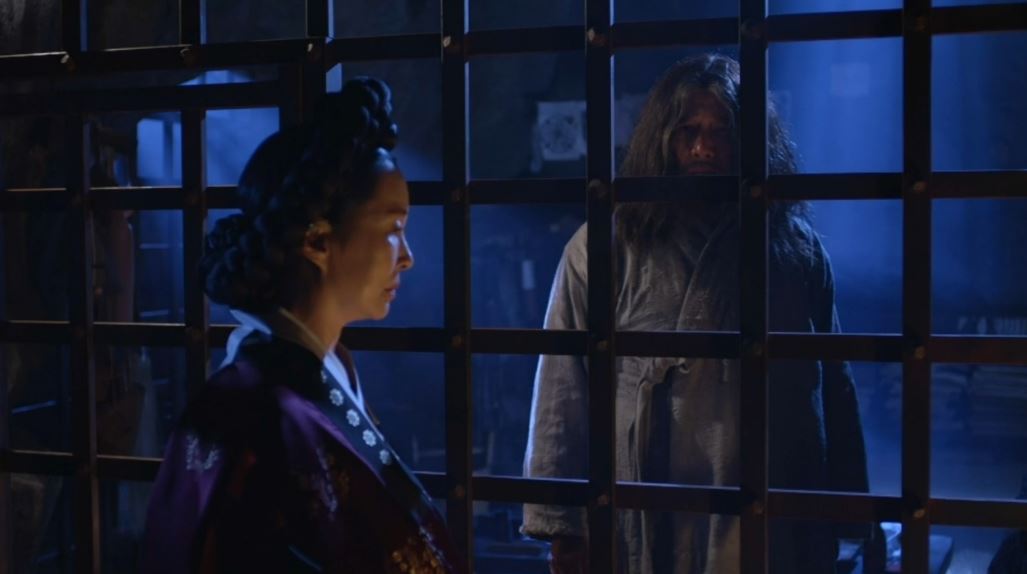 Tae-soo and Queen Munjeong were totally secret lovers, right? Please? Please? I mean, he turned down an offer of freedom after twenty years’ imprisonment in exchange for an assassination—and then changed his mind when the queen came to make a personal appeal to him! How is that anything other than secret lovers? (Give me this, show, and I swear I’ll try to be more positive toward Tae-won.)

I’m hoping that Shin-hye’s decision to join Dong-joo on the trading expedition will give them both more screen time and more character depth. Honestly, I’m really just thrilled at how Flower in Prison keeps adding female characters to its lineup. While our heroine has mostly been surrounded by men, I am excited by the prospect that she will run into more ladies as she begins her investigation into her mother’s death. 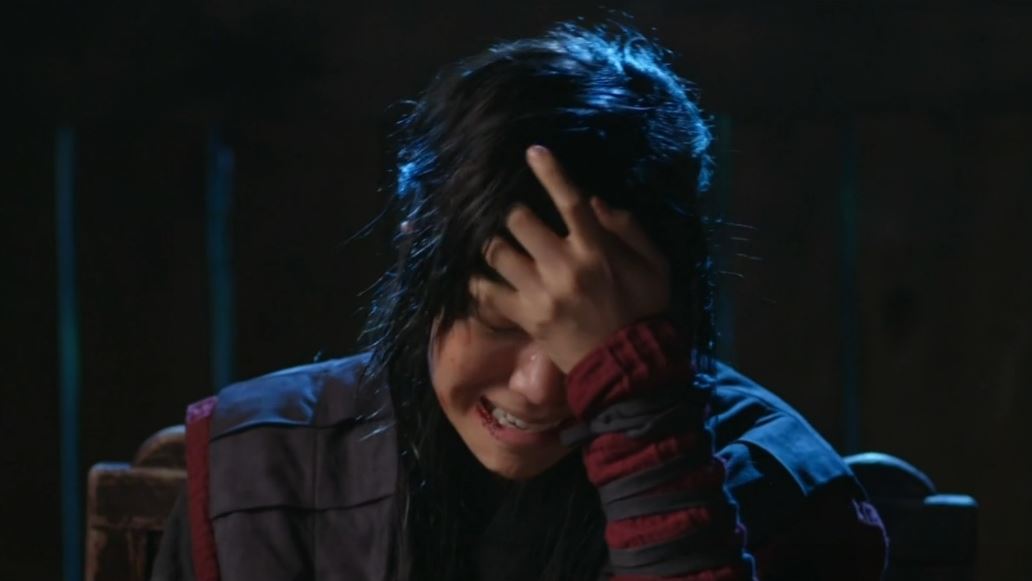 Unfortunately, this is the point at the sageuk where I’m starting to feel my lack of history knowledge quite keenly. In the next week or two, I’m going to need to do some googling if only so I try to keep the major political stuff straight.

2 thoughts on “The Flower in Prison, Episode 5”