TL;DR: There are some attempts at pointing out and ridiculing sexism that kind of don’t work all that well on account of sexism, but we’ll get to that in a bit. 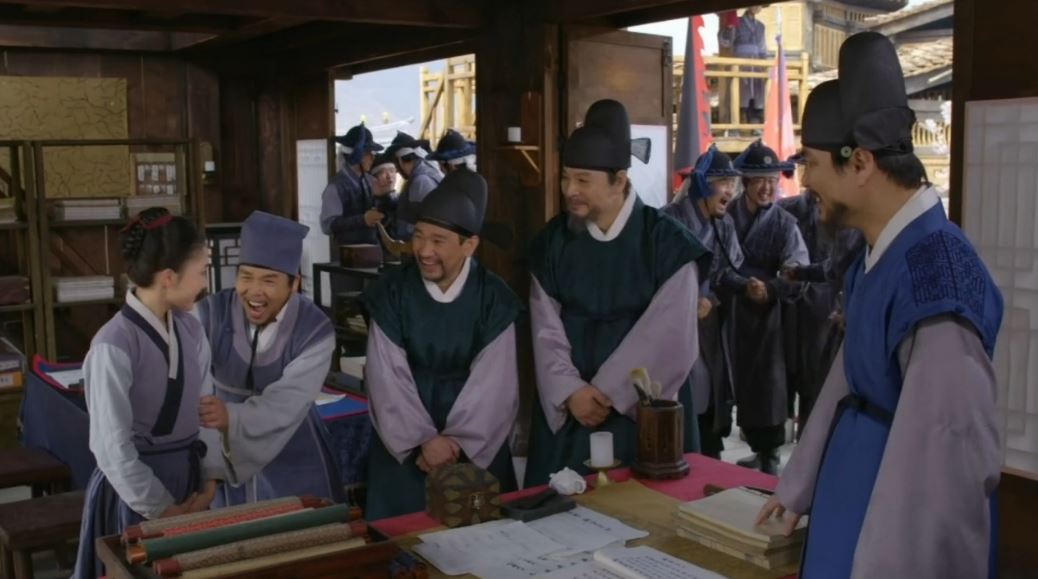 This was the last proper episode for the young version of Ok-nyeo, and I have to say I’m charmed by the child actress who plays her. She did a pretty good job with a broad range of scenes—and did those scenes make me happy. I was so pleased that Ok-nyeo got to show off her language and fighting skills at the same time, but what made me go awwww was just how proud everyone else was of her. None of this “but what is a young girl like you doing, involving yourself in something dangerous!” or anything like that—no, everyone was so just so damned proud of her (and offered to make her an official damo with real pay and everything?!) and praised her, from her father figure to the head prison official. And her teacher was proud of her, too. ;_; 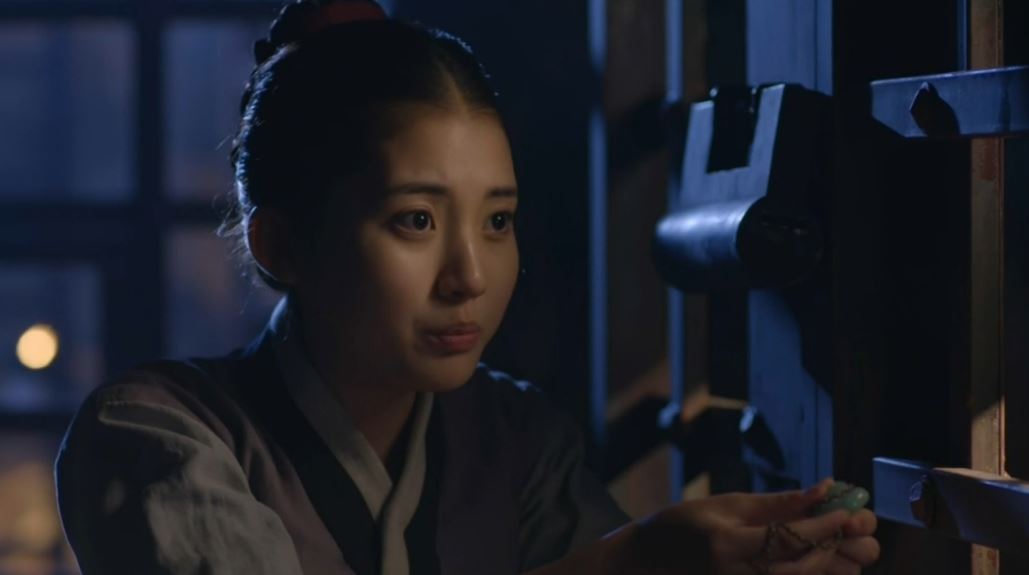 I’m a little iffy on Tae-soo being able to identify Ok-nyeo’s mother’s associates from a pair of engraved rings, but you know what, I’ll let that slide. Mostly because with the conspicuous absence of the identical hair decoration I had no idea how else Ok-nyeo was going to get her first lead. Too bad that investigation went sideways in about thirty seconds. I am totally on pickpocket guy’s side—no way would I continue investigating if everyone turned out to be dead. (I wonder if Ok-nyeo reported that last court lady’s death. We went straight into time skip/transition, so I have no idea.)

Tae-won is slowly getting roped into the action proper, though I’m still not sure what his deal is. If we wanted him to run afoul with Nan-jung, surely there were more efficient methods than having him join a trading group/gang and snatching one of her shipments. (He seems to be playing an increasingly dangerous game with every heist/trick he pulls.) Then again, I have to remind myself that this is a fifty-episode show and they could be hanging up all manner of Chekov’s Guns for firing later on.

Unfortunately, my enthusiasm for this episode was a little dimmed due to two things: people’s responses to Nan-jung and the police damo tests. Particularly the weird, sexist undercurrents floating about in both of them. 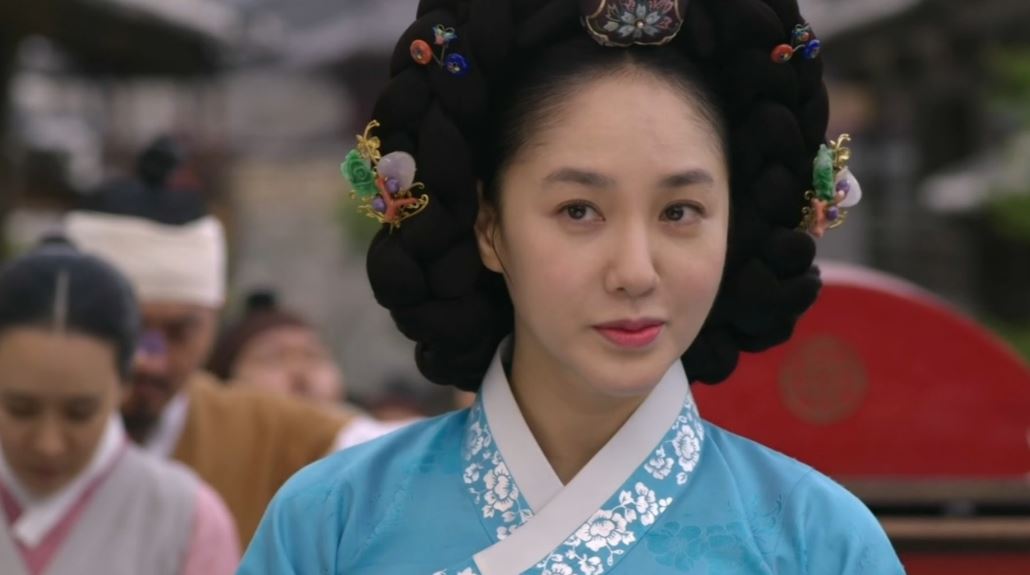 Ji-ham’s confrontation with Nan-jung on the bridge was really…weird. I’m sure a cultural and historical disconnect is partially to blame, but the rest of it just leaves me scratching my head in bewilderment. Why do you, Ji-ham and the broader base of townspeople, care that a concubine “acts” like the first wife? Are you part of Nan-jung and Won-hyung’s family/household/estate? (Speaking of, where is the first wife? I’d love to learn more about her. If anyone has the right to complain about relative places in the household, it’s her.) Does it seriously tie your knickers in that many knots to have a “lower” woman be given the status and regard of a “higher” woman by the man who loves her? What is her crime, precisely, aside from wanting to set up a trading/smuggling empire and for all appearances being in a loving relationship?

Like, I get it, Won-hyung is evil and needs to go down, but why the hell are you all intent on punishing Nan-jung (or in Nan-jung’s brother’s case, deriding Nan-jung’s desire to acquire wealth separate from her husband) for being an ambitious woman who wants to better her and her family’s status? I was even a little disappointed in grown up Shin-hye for her argument with her mother. It’s one thing to be pessimistic about your marriage prospects as the daughter of a concubine and quite another to basically tell your mother off for wanting the best for you and not “knowing her place.”

#TeamNanJung, seriously. If this show wants to sell me on the idea of her being evil, it is going to actually need her to do evil things, not just have her be ambitious. 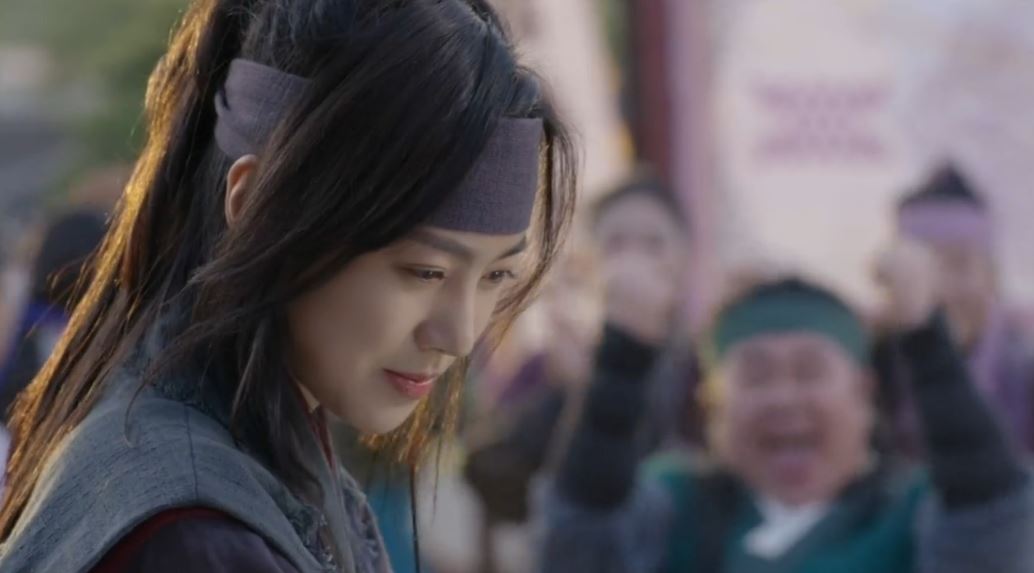 The damo tests also disappointed me. Not Ok-nyeo’s performance (Jin Se-yeon and her stunt double? are great in the action scenes)—no, basically everything else about the tests irritated me. It felt like they were trying to communicate how sexist the police bureau was but then failed to check their own sexism in the setup, so the whole thing is a conflicting mess.

There’s a moment blatantly designed to elicit eye-rolling from the audience: when a younger police officer is uncertain about how to select damo and the other flat out says it’s most important for the damo be pretty and pour tea well. It’s a moment designed so Ok-nyeo can astound these guys with her skills—but she’s the protagonist. She’s been secretly trained by one of the best spies/assassins in the country. Of course she’s going to wow everyone. Instead, this serves as a foundation for more bleh things.

Like the fighting test. I was so pissed at the fat joke—why the hell don’t you want a woman who looks like she can put you through the wall on your police force again? Oh, right, she isn’t aesthetically pleasing and you’re too terrified of her beating the shit out of you to actually let her demonstrate what kind of skills she has. (Plus, people in-universe laughed at the order for her to lose more weight.) But the more subtly infuriating thing were the fighters before and after that and how that painted an unflattering overall picture. 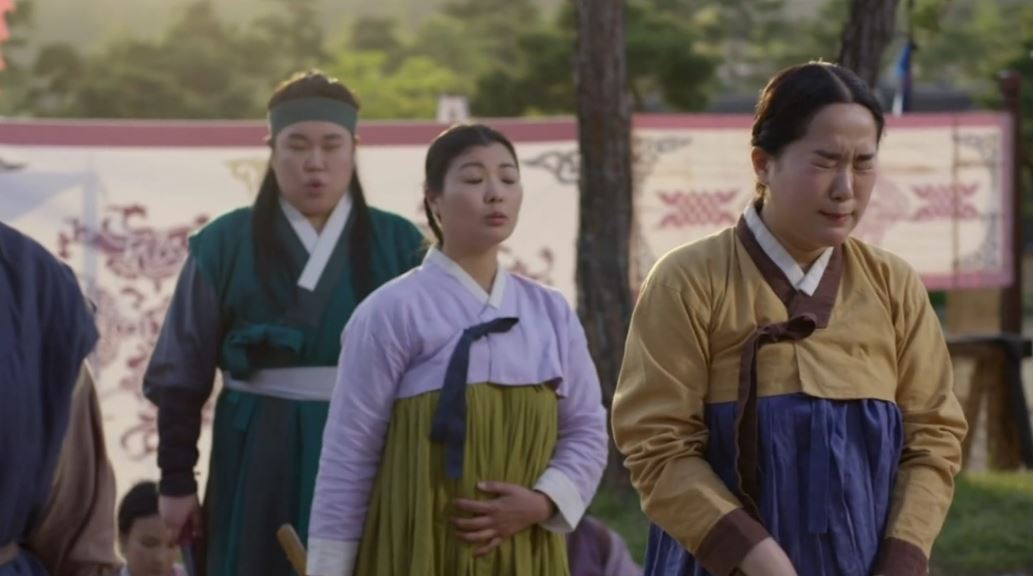 I’m assuming that all of the people who came for police and damo tryouts knew what sort of things they would be tested on.  Yet ladies one and two showed up in everyday women’s hanbok and clearly didn’t know how to handle a sword as they were each disarmed with a single strike. Ladies three and four were dressed in more appropriate clothes for fighting, but lady three was disqualified before she could swing her sword for being intimidating and weighing too much and lady four only lasted three strikes before she got disarmed.

And then there’s Ok-nyeo, who is so amazing that the police take her over to fight the top guy in the police tryouts—and she beats him after a tough but fair fight. Which sets up this frustrating implied skill hierarchy: 1) Ok-nyeo, 2) all the guys, and then 3) all the women. (Because when we passed the men’s tryouts, none of them were getting swords knocked out of their hands with single strikes and they actually were allowed to have multiple skills like archery, horseback riding, and various fighting styles.) Why didn’t we get to see any women on screen at the moderate-to-advanced skill level besides our protagonist? Having Ok-nyeo be so good that the police refuse to allow her in as a damo because she’ll bruise their male egos would have been annoying enough on its own, but it’s makes-me-want-to-tear-my-hair-out infuriating when it’s coupled with the implication that few, if any, of the damo they did hire are capable of handling a sword–which they apparently need to know how to do considering it is part of the official test. 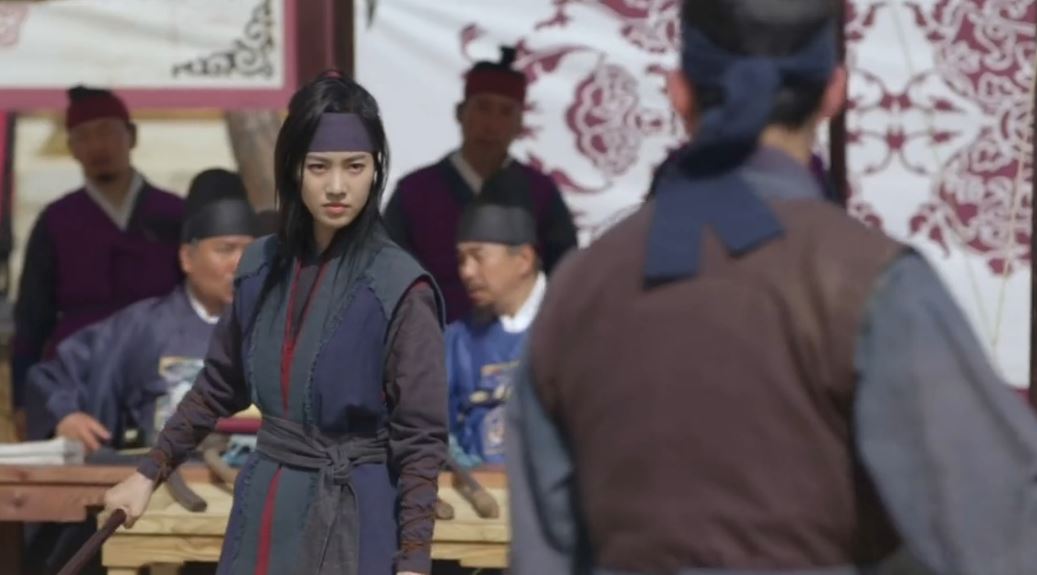 It’s not exactly progressive to have your female protagonist be the most skilled of all candidates when, based on what’s on the screen, all the men are better than all of the other women. No, not even if all the women ecstatically cheer when Ok-nyeo wins.

6 thoughts on “The Flower in Prison, Episode 4”