TL;DR: I’m just so happy when teenage girls get to have assassin training.

Still no word on if Ok-nyeo intended Tae-won to go that far with the prisoner, but at least he stopped shy of outright murder? (Not that causing severe brain damage due to suffocation is all that great a consolation prize.) I still don’t know what Tae-won’s deal is, beyond a vague climb-the-commoner-ladder-and-become-rich scheme, and I’m honestly not all that interested. I mean, it’s good to know that he’s the kind of guy who would inflict serious bodily harm upon a rival in order to take over their protection/work racket, but it feels very disconnected from everything else that’s going on. Become more relevant to the rest of the show, please. 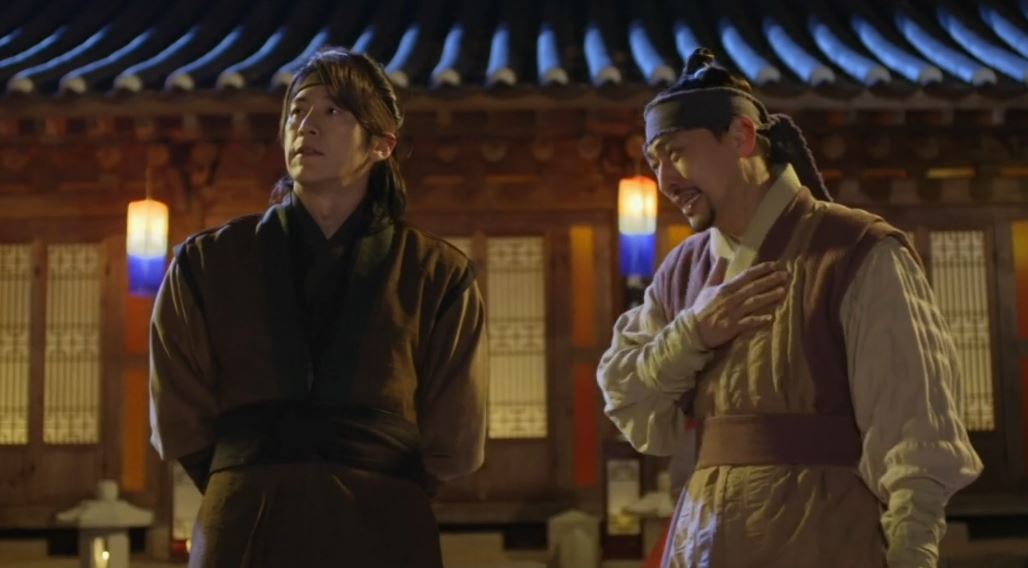 I wasn’t expecting Ok-nyeo to find out (what little we know of) the truth about her mother, and the reveal was rather—underwhelming? Perhaps underwhelming is the wrong word; it’s more along the lines of me not really understanding Ok-nyeo’s deep response to the news. Ok-nyeo and her mother were only breathing at the same time for maybe thirty seconds, and I just don’t understand how the revelation that she wasn’t a prisoner but was in fact killed is enough to change the entire course of Ok-nyeo’s life. (That said, thank you for not dragging this reveal out forever.) 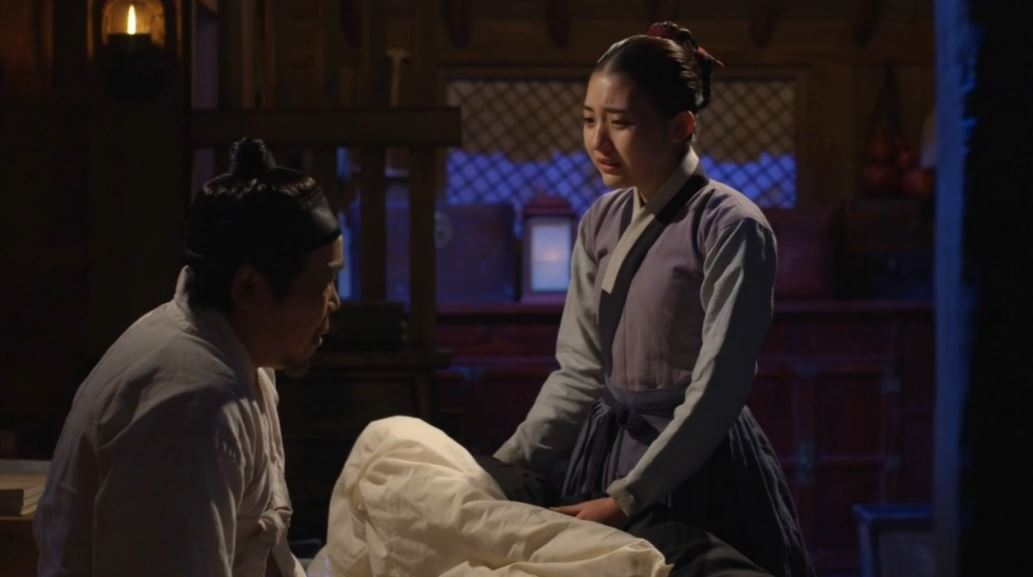 Granted, a good chunk of this is probably a cultural disconnect for me. I guess that Ok-nyeo feels strongly enough about her bio mom’s murder to decide to become a damo for the police and bring her (still nameless) mother’s murderer to justice. How you’re going to do that with just a pair of rings (where did that distinctive hair decoration go?) and nothing else is beyond me, but I suppose that’s why Ok-nyeo is the heroine, and I’m in my pajamas being mildly confused.

(Side note: I can see why the guy in charge of the prison desperately wants to stay there. It is an illegal cash cow for more than just Ok-nyeo. I wonder how much that woman paid to be smuggled out of the prison and have someone else take her place. Looks like the prison officials and staff could make quite the comfortable living if enough of the local well-off people ran afoul of the law. It’s one thing to buy yourself better food or a different cell and quite another to buy your way out.) 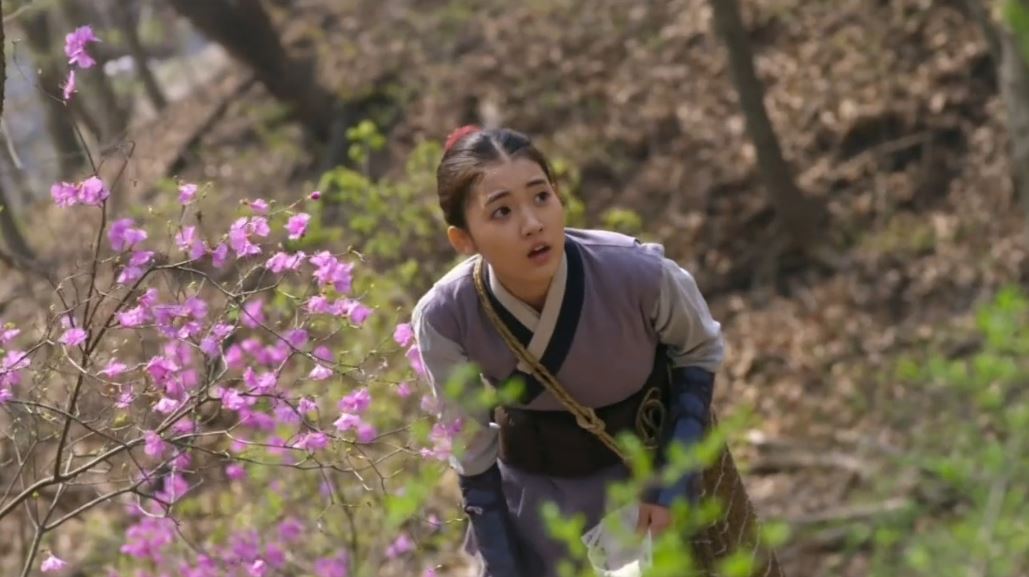 Speaking of Ok-nyeo being a heroine—I was so excited when she decided to investigate the almost-always-locked-but-suddenly-not-locked room that led to a secret passage and a secret prisoner. (I would’ve noped my way out of there when I found the secret door, honestly.) I loved that she helped Tae-soo when he was in agony and that she figured out who he was and what he did. Great way to lay down the foundation of her investigative skills. (And great way to have her use her pickpocketing skills, for the record. I was so proud of her. And how she persuaded/bribed Tae-soo into accepting her–be still, my heart!)

But what I loved even more is that she asked to become Tae-soo’s student in all things secret intelligence agent-y and then followed through with it, whether that was adding hidden weights and climbing mountains or researching poisons or learning other countries’ languages. Ok-nyeo is going to become badass to bring her mother’s murderer to justice, and I’m just so happy that she is getting the kind of training that usually only guys get. 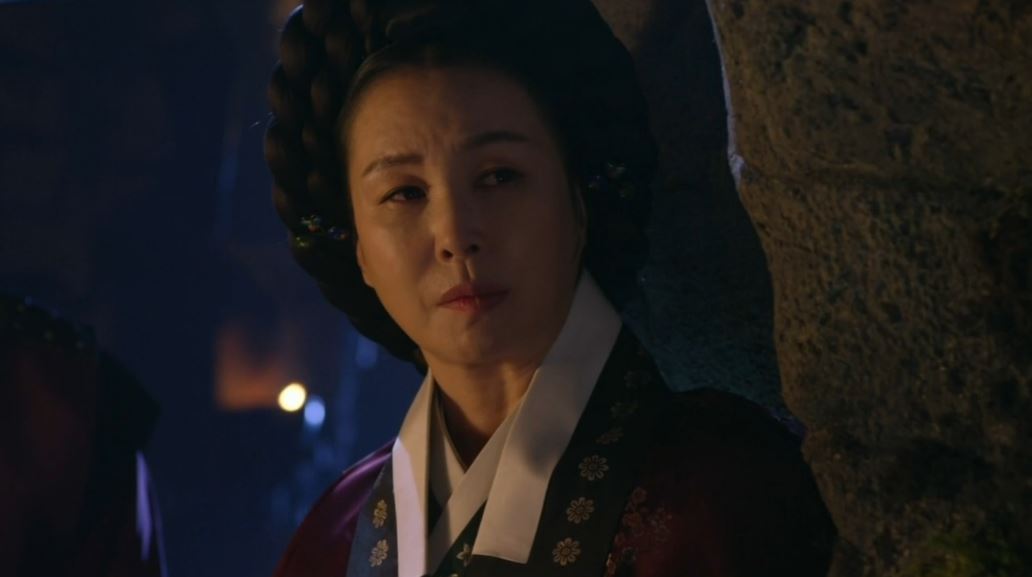 BTW, I’m betting that the reason Queen Munjeong kept Tae-soo secretly alive (despite Tae-soo almost murdering Won-hyung) is that they were totally secret lovers. She went to see him. Please? Please can that be a thing? I really would love that to be a thing.

*Stern lady has a name! It is Dak-boon. Unless that’s a title, in which case, I give up.